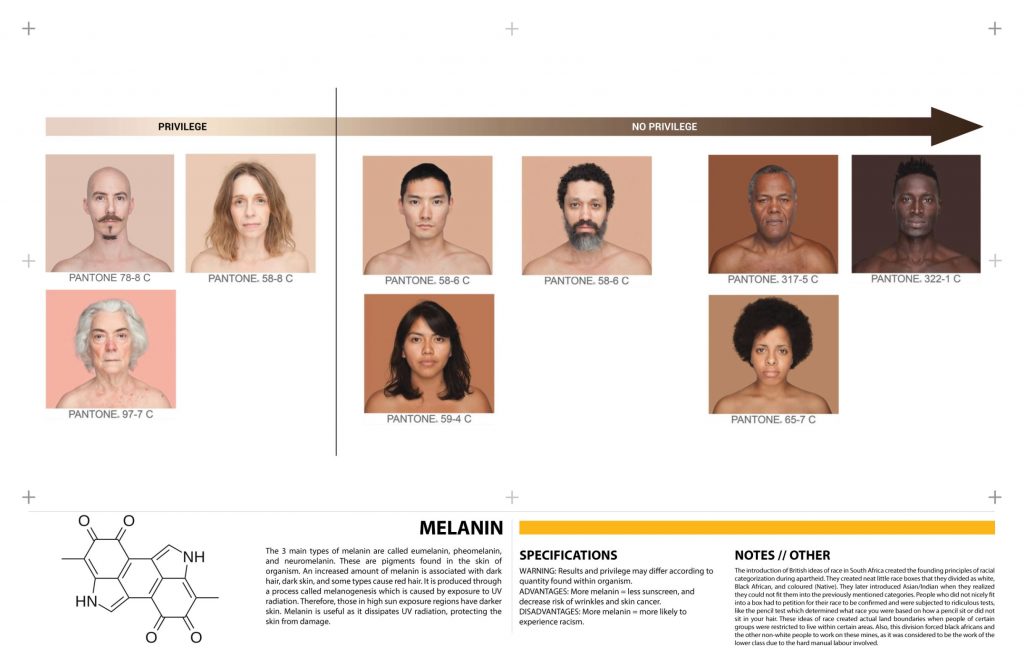 The tools that were used to sustain the mining industry in Johannesburg, South Africa are diverse in nature. But it’s important to recognize in this situation the importance that race played in further the economic development of the white population, while relying heavily on the labour exploitation of the Black African, Indian, and Asian population. Race was the basic tool that was used to decide who were the labourers, and who were the monopolisers. This made the difference between who got silicosis from their labour, versus those who received diamond rings from benefitting off of others’ labour. This was also the underlying factor in addressing the hazardous working conditions of those labourers, versus ignoring their pleas and moving towards automation instead. The following tools are all pairs meant to either compliment or contrast one another, all of which have some basis in the encompassing tool of melanin.