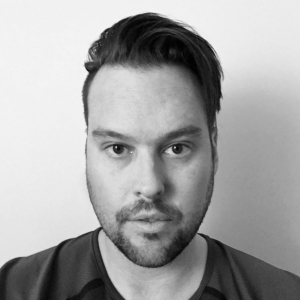 Zach Colbert, OAA/MRAIC/AIA is an award-winning architect from New York City by way of the American West and is a licensed practitioner in the Canadian province of Ontario and the U.S. states of New York and Arizona. He is an associate professor at the Carleton University Azrieli School of Architecture and Urbanism and is a member of the Ontario Association of Architects, the Royal Architectural Institute of Canada, the American Institute of Architects, the Ottawa Regional Society of Architects and a board member of the Urban Land Institute Ottawa Chapter. He was previously on faculty at the Columbia University Graduate School of Architecture, Planning and Preservation (GSAPP) and the Parsons New School for Design School of Constructed Environments. His work has been featured in professional and scholarly journals such as AD, Pidgin, Art Forum, Architect, Canadian Architect, and Architectural Record and showcased in galleries and museums in New York City, Los Angeles, Dubai, Santiago de Chile, Rotterdam, Quebec City, Toronto, Ottawa and Beijing. Prior to practicing independently, he worked for SHoP Architects and Bernard Tschumi Architects in New York City. He is frequently an invited guest critic to review the work of graduate and thesis students at other esteemed universities, including the schools of architecture at McGill, Cornell, Yale, Princeton, Columbia and the Cooper Union, among others.

Zachary Colbert Architects Limited (ZCA) is a full-service architectural firm dedicated to the intersection of design research and creative architectural practice. Operating in the realms of architecture, urbanism, and landscape, ZCA has developed a multi-million dollar portfolio of constructed projects for institutional and private clients in Canada and the United States alongside a portfolio of speculative projects that critically engage the intersections of infrastructure, climate change and politics. ZCA’s work has been recognized with design awards from the American Institute of Architects and the Ontario Association of Architects.

The Carleton Climate Futures Design Lab (the CLIFF) weaves together the technical, ethical and post-humanist challenges of our time at the scales of the building and the city to explore, anticipate and prototype climate futures. This work elucidates productive linkages between architecture and politics toward elevating architecture’s capacity for political engagement both in the classroom and in the field.