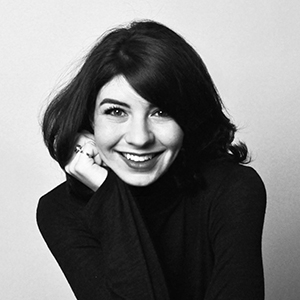 Piper Bernbaum is an assistant professor at Carleton University, Ottawa, teaching as a part of the architecture and design program in both the undergraduate and graduate programs. She also sits as a faculty member on the Diversity Working Group at Carleton, on the Coop Board, on the communications and Student Well Being Committees. Previously, Piper was an adjunct professor at the University of Waterloo, teaching design studio as a part of the undergraduate program in Cambridge, Ontario and in Rome, Italy.

Piper received her Bachelor of Architectural Studies (2013) and Masters of Architecture (2016) from the University of Waterloo School of Architecture, during which she was awarded the Smale Fellowship and the Marg Schafer Award for her community service. A recipient of a SSHRC (Social Sciences and Humanities Research Council, Government of Canada) grant, Piper continued her studies in the Masters program at the University of Waterloo, earning her M.Arch degree with a commended thesis documenting and analyzing the spatial practice of the Jewish Eruv, the plurality of urban realms, and the multiplicity of space. Piper received the Royal Architecture Institute of Canada’s Student Medal for her thesis work and for the highest level of academic excellence, as well as the Governor General’s Gold Medal for Academic Excellence upon graduation.

Piper has worked at architecture offices in Canada in Toronto, Vancouver and Calgary, and has worked at international offices such as at Atelier Jean Nouvel in Paris, Sauerbruch Hutton in Berlin, and Kohn Pederson Fox Associates in New York City. In recent years, Piper has focused primarily on teaching, research, and exhibition work in the architectural field, with an emphasis on the considerations and constraints of social and spatial plurality in contemporary and historical urban space. Following her thesis work, Piper was a team member of the University of Waterloo’s submission to the 2016 Venice Architecture Biennale, The Evidence Room (with Professors Anne Bordeleau, Robert Jan van Pelt and Donald McKay) which reconstructs key objects and artifacts used in the forensic analysis of the architecture of Auschwitz. The exhibition was published widely and featured in prominent papers and magazines such as the New York Times, the Washington Post, CBC, Azure and more. Continuing the work on The Evidence Room, Piper was the exhibition’s project manager for its display at the Royal Ontario Museum (2017) and later worked on the installation at the Hirshhorn Museum in Washington, DC (2019).

Continuing research and work on the forensic history and architecture of Auschwitz, Piper worked with Professor Robert Jan van Pelt and Musealia Entertainment of San Sebastian, Spain, to design and build models for a travelling exhibition on the history of Auschwitz, entitled “Auschwitz: Not Long Ago, Not Far Away”. The largest travelling exhibition of its kind, it has been on display in Madrid (2017), New York City (2019) and Kansas City (2021) and will continue travelling globally when possible after Covid.

Piper’s area of interest has always been on the appropriation of space through design, with architecture as an apparatus where people are the constituents and the subjects of making. Interested on the relationship between informal, formal and legal definitions of space, Piper has travelled for her research and design work to Europe, the Middle East, North America, and the Arctic, watching for the intersections of law and architecture. The recipient of the 2017 Prix de Rome for Emerging Practitioners from the Canada Council of the Arts, Piper recently completed her research in the summer of 2018 on architecture and ideologies of a post-nation-nation, traveling across Canada, to Israel, Poland, and the East Coast of the United States to continue her research on the Eruv. In parallel, she is working on separate research projects compiling the physical spaces of Legal-Fictions and plurality in Canada, and additionally analyzing through drawing and illustration the informal production of Non-Places in Canada’s capital city, Ottawa.

Piper’s current research looks at the intersections of law and architecture, at empathy and design, at narrative and fictions, and spaces of inclusivity and plurality. Generally, she seeks to understand counter-narratives to spaces, and invests time in exploring “otherness” in terms of spatial belonging, history and understanding.