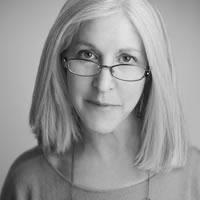 Jill Stoner, Professor Emeritus, retired, was Director of the Azrieli School from July 2015 – June 2021. Previously she was Professor in the Department of Architecture at the University of California, Berkeley. Her professional practice (1993 – 2007) comprised adaptive reuse, additions and renovations to public buildings, and visionary urban competitions, several of which received national and international awards. Her first book, Poems for Architects (William Stout Publishers 2001) is an anthology of 48 poems that reveal the spatial sensibility of the twentieth century. A second book, Toward a Minor Architecture (MIT Press 2012), advocates for a more politicized approach to post-recession, contested and neo-urban landscapes. Current writing projects build upon these themes through the integration of Indigenous knowledge and values, and speculations about the North American city in post-pandemic times.

Toward a Minor Architecture