A lakeside cabin designed by Associate Professor Paul Kariouk’s firm has been named a 2022 OAA Design Excellence Awards finalist by the Ontario Association of Architects (OAA).

The m.o.r.e. Cabin in Wakefield, QC, by Kariouk Architects, is more sustainably constructed than many other cottages, says Kariouk.

“Most North American cottages look like they’re at one with the landscape, but they’re just as unsustainable as other homes,” he says. “Cantilevered over a lakeside landscape outside La Pêche, Québec, m.o.r.e. Cabin preserves as much of the forest habitat as possible—after all, that’s why we have cottages in the first place.”

To avoid blasting a cliff-face at the 100-mark — the required setback from the lake— the firm pursued a zoning variance to allow the front of m.o.r.e. Cabin to hover over the 75-foot mark.

The cabin also touches the land lightly in the following ways.

– Using a steel mast to reduce the size of the foundation.

The project’s name, m.o.r.e., is derived from the first initial of the clients’ grandmothers. “These four women, all immigrants with very difficult but joyous lives, were instrumental in nurturing skillsets whereby more was always done with less, and graciously so,” according to the firm’s website.

The OAA will announce the winners on April 6. 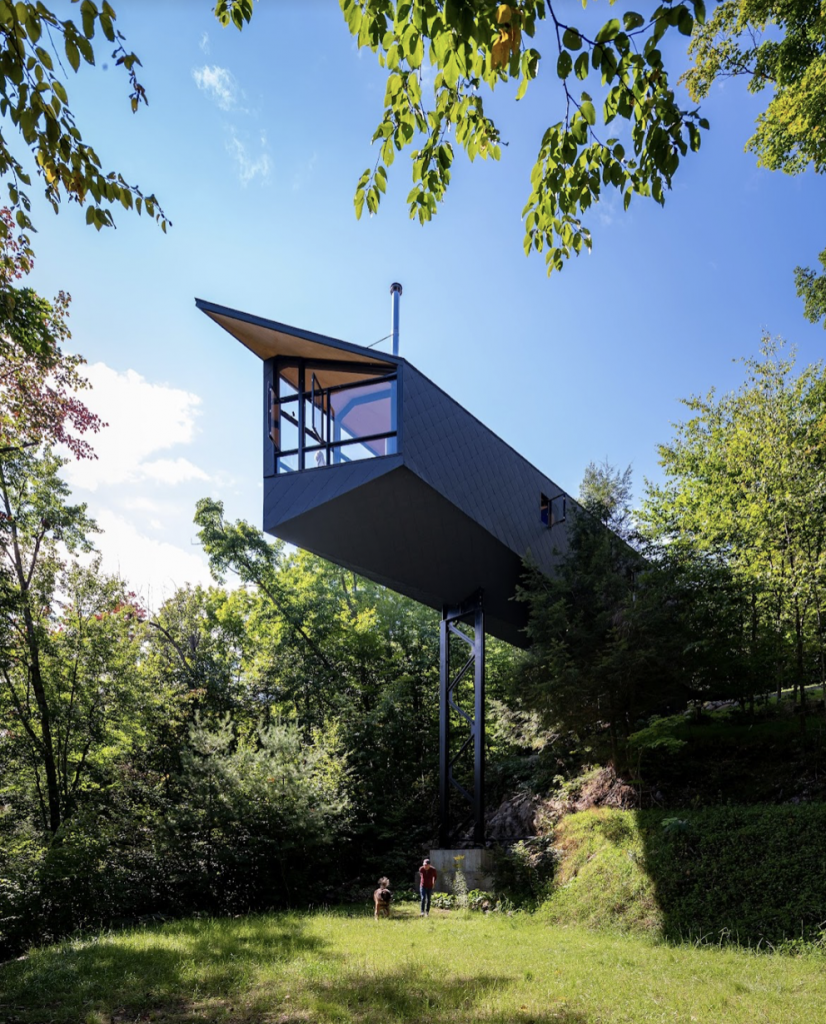 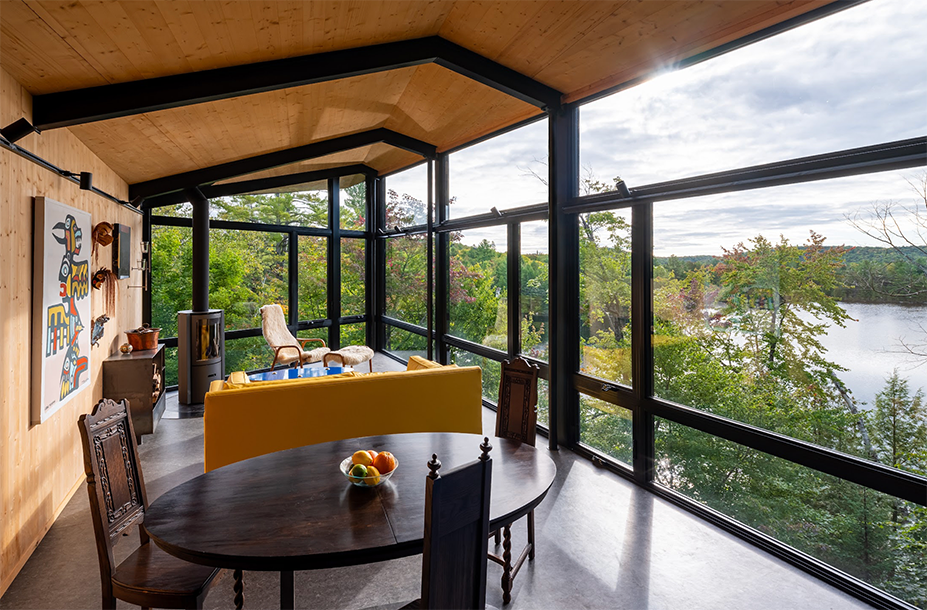