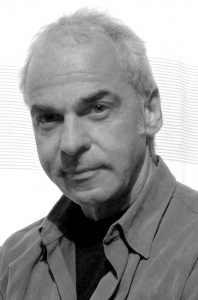 Theatre design and drama production have been recurrent themes in the teaching and research of Associate Professor Yvan-pièr Cazabon. “Through theatre, you are creating an architectural representation in three-dimensional space,” he explains. “You are also creating a conceptual connection to the story.” And it can be done and made public in six weeks, instead of years like the design and construction of a building. For students, it is exhilarating.

Cazabon, 61, has retired after 32 years of teaching at the architecture school.

He brought expertise in architectural technology, taught design studio, conducted interdisciplinary research, and led Directed Studies Abroad (DSA) to Rome, Zambia, and Trinidad & Tobago, always sharing his deep love for the making of architecture. He has also played a vital role in accreditation, governance, and administration. 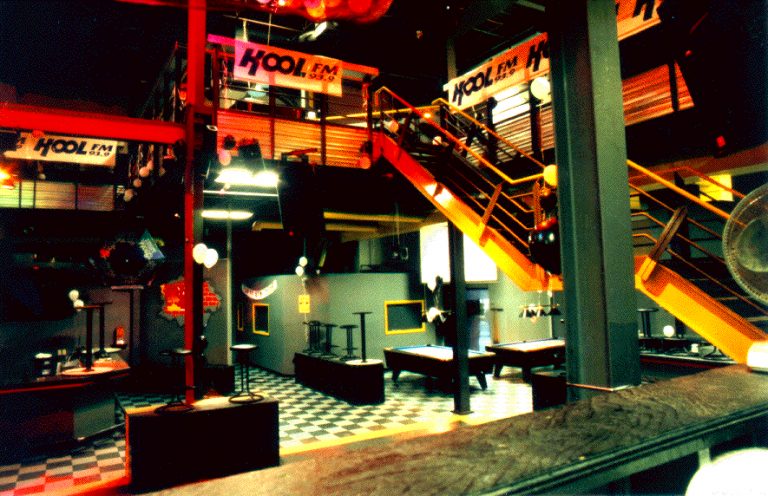 “Yvan brought so many intangibles to the students he taught, immersing them in tactile and immersive experiences that effortlessly bridged the beauty of building with the social, ethical, and cultural dimensions of architecture,” says colleague Associate Professor Sheryl Boyle. “He taught through collaboration, listening, and learning.”

Cazabon grew up in Rainbow Country – Anishinabek Territory in Massey, adjacent to Sagamok Point First Nation. The trilingual town in Northern Ontario sits between the north shore of Lake Huron and at the intersection of the Spanish and Sauble rivers. There, his parents, Maurice and Marcelle, ran a grocery store. Cazabon was the middle child between two sisters. His father, a long-time mayor of Massey, took part in Franco-Ontarian culture and politics and even started a small theatre and music production for children and teens. Fishing and camping were part of his summers, snowshoeing part of his winters.

He applied to the architecture schools at Carleton and the University of Waterloo and the three-year architectural technology program at Algonquin College, whose offer he decided to accept. “I enjoyed it. There was a technical side to it that I appreciated, the precision, construction methods, craft, and details.”

After graduating, he cycled through Europe for four months, seeing famous places such as Reims Cathedral, the Roman Forum, the Acropolis, and the Paris Opera House. 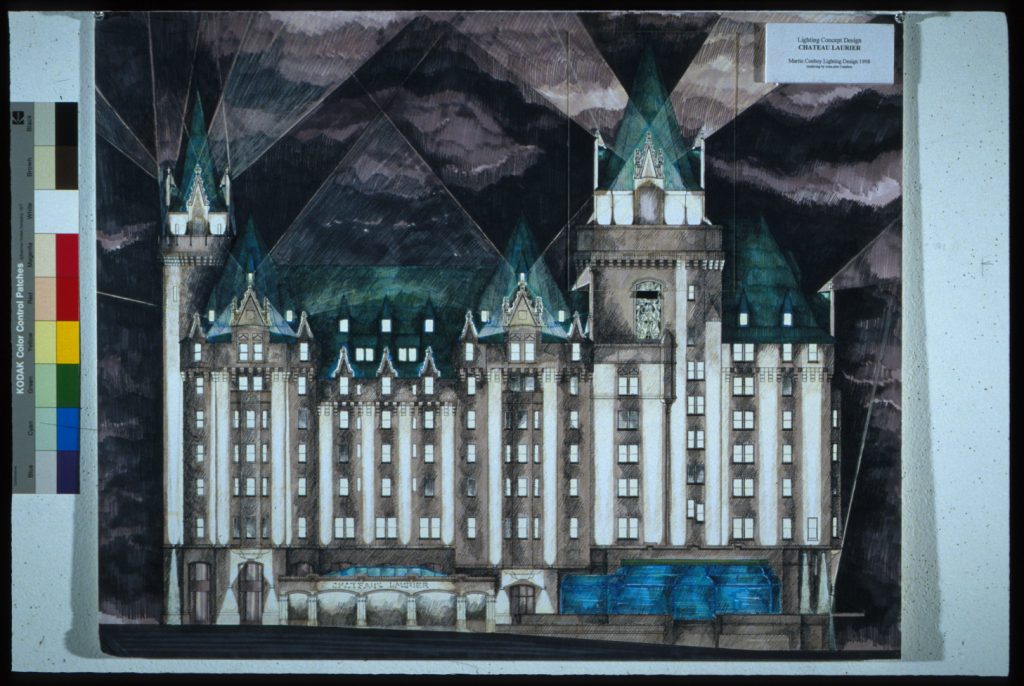 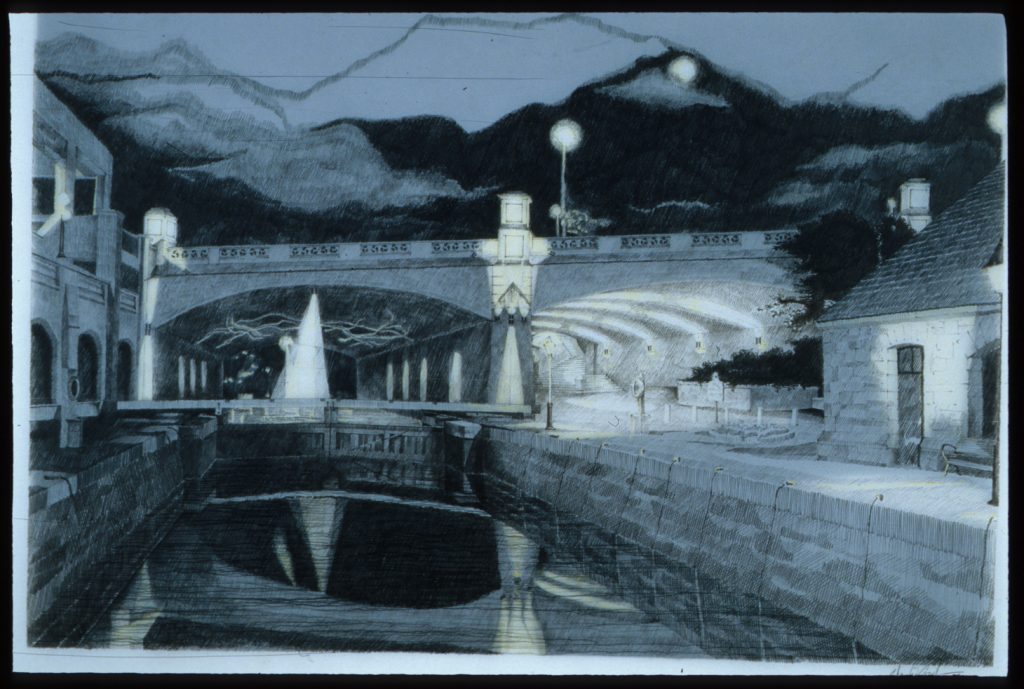 In 1980, at age 20, he took a job as an architectural technologist at Ottawa firm Ogilvie + Hogg Architects. He quickly worked his way up to job captain for the multi-million-dollar Arctic Vessel and Marine Research Institute in St. John’s, NL, under the supervision of project architect Larry Hately.

Three years later, “I was missing the creative side of the discipline. There wasn’t a lot of design. I loved to draw. Workmates Larry Hately, Martin Bressani, and Honorata Pienkowska encouraged me to pursue university studies in architecture.”

In 1983, he walked into the Architecture Building at Carleton University as a first-year student, where his classmates included Janine Debanné and Eric Archambault, who both now teach at the school.

“We were questioning, trying everything. Our studios were fearless. We jumped on every design problem with a radical edge.” He recalls his group’s interpretation of the school’s legendary Kosmic parties, Kosmic Through the Looking Glass, where students constructed a giant sculpture of Alice in Wonderland that spanned from the upper street to the Pit.

Among the highlights of the five-year Bachelor of Architecture program was winning first prize in an international competition to design a school of architecture, held by the Association of Collegiate Schools of Architecture. He also took the first step toward teaching, becoming a teaching assistant to Ron Brand for the building construction course.

In his fifth year at Carleton, Cazabon’s final project was an installation based on oral traditions of his ancestors, the Basque people, that explored the pattern of family and neighbour connections. “It was probably my first set design, my first bit of theatre,” he says. “It wasn’t a building proposal. It was an environment.”

Several months after graduation, Professor Frank Carter invited him to teach second-year studio and bring a technical component. With this, Cazabon started his career as a contract instructor in 1989. He joined the faculty as an instructor in 1993, became assistant professor in 1998, and was promoted to associate professor in 2005.

For the first three years as a part-time instructor, he also worked in the office of Kinmond Murfitt Architects in Hull. He loved teaching, but it was becoming clear that he needed more than a professional degree if he wanted to continue. 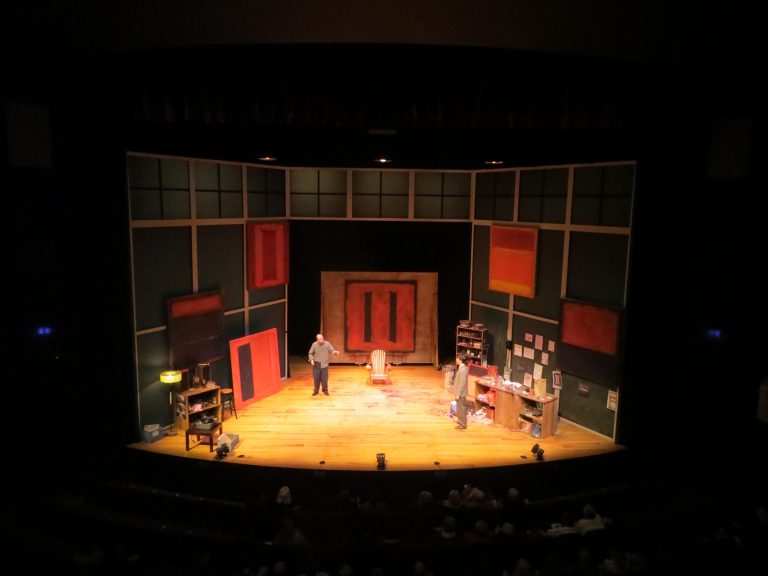 In 1990, Cazabon started a post-professional master’s degree at McGill University. He worked with Alberto Pérez-Gómez, chair of McGill’s Master of Architecture history and theory program and past director at Carleton during his bachelor’s degree. “McGill was exactly what I needed,” he says. “I was very comfortable now with my technical background, very confident in my design abilities. I wanted to refine my theoretical knowledge.”

He commuted from Montreal and continued to teach part-time at Carleton. He taught design studio, building construction, and architectural representation. In 1993, he led a Directed Studies Abroad studio in Rome for the fall term after students asked if he would coordinate a DSA curriculum and travel agenda.

In 1993, he took over the architectural technology course that had been vacated, rewriting the curriculum to intersect the history and poetics of technology with the conventional materials and methods of construction coursework. He taught technical aspects such as heat transfer and envelope systems along with the history of architectural technology, construction, and craft through famous precedent buildings. 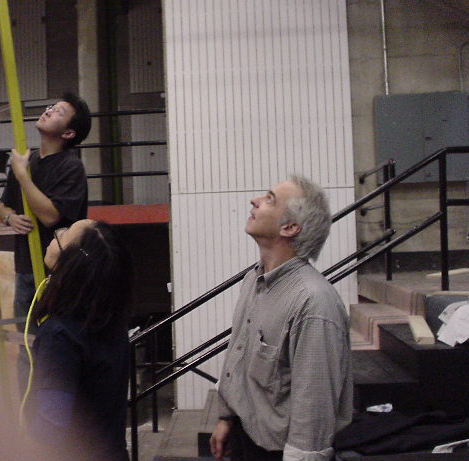 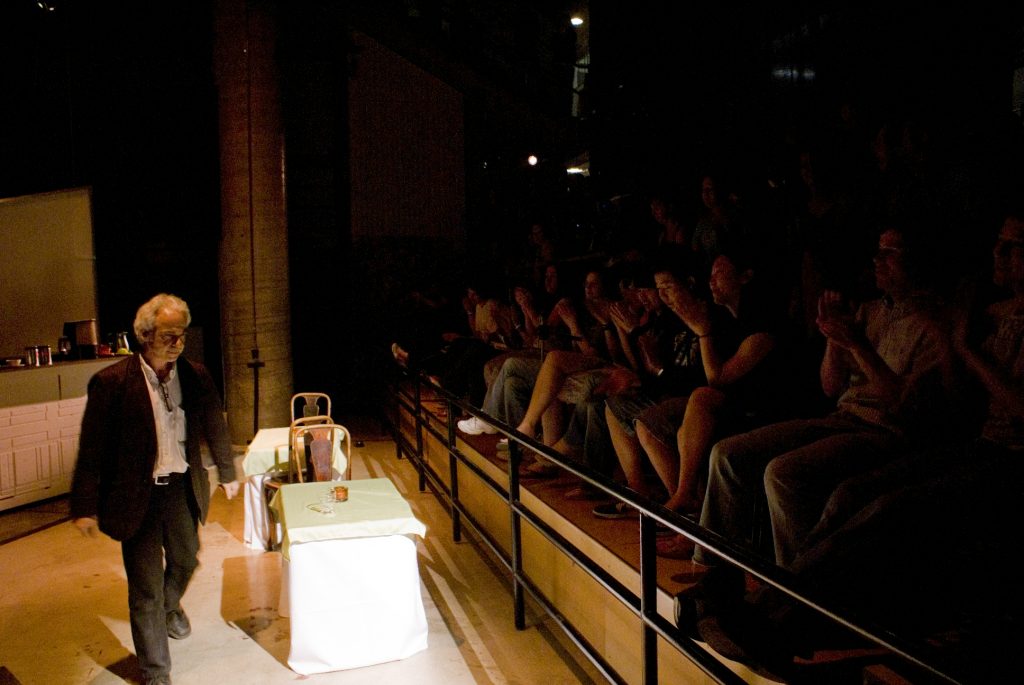 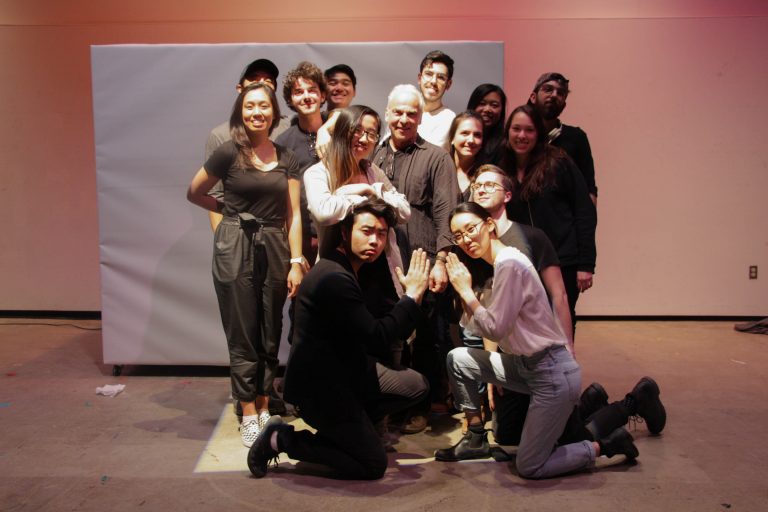 At McGill, he completed his thesis, titled Theseus Remembered, in 1995. He describes it as being about “the building of the myth of Theseus intersecting with the alchemical works of Elizabethan magus Dr. John Dee. The idea that order came from a profound knowledge of making, a belief in the magical powers of craft, and the communal act of sacrificial offering. Making architecture, like making theatre, requires the conjuring powers of the architect who makes things appear and materialize as if from nothing.” Presenting his master’s thesis, Cazabon gave a 30-minute live performance within a three-room installation of his making, supported by a cast of actors and solo musicians and attended by an audience of faculty, students, and friends.

He continued to use theatre as a vehicle for investigating space throughout his teaching career. He used stories to ground design, lend specificity to details and material, and engage the imagination.

Professors Don Westwood and Phil Sharp had started theatre production workshops at the school in the 1970s. Cazabon took over in 2002, collaborating on productions with the Music and English departments of Carleton University as well as with Algonquin College and local theatre and dance groups. 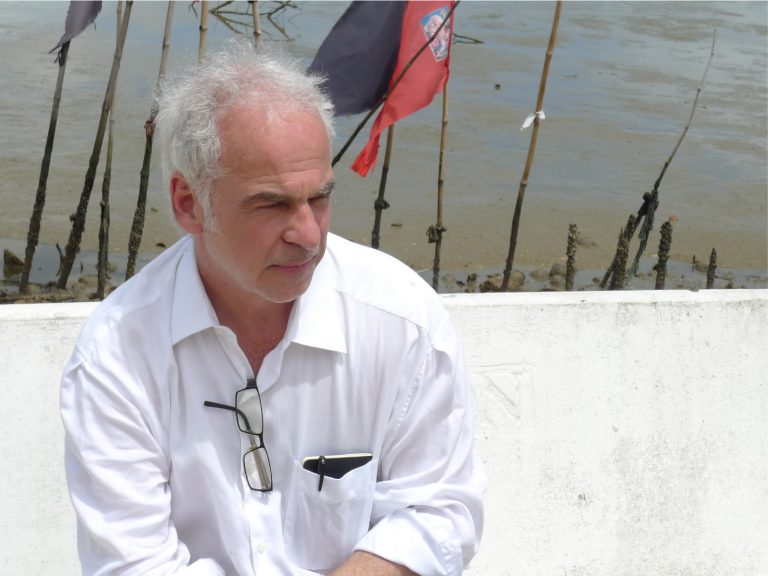 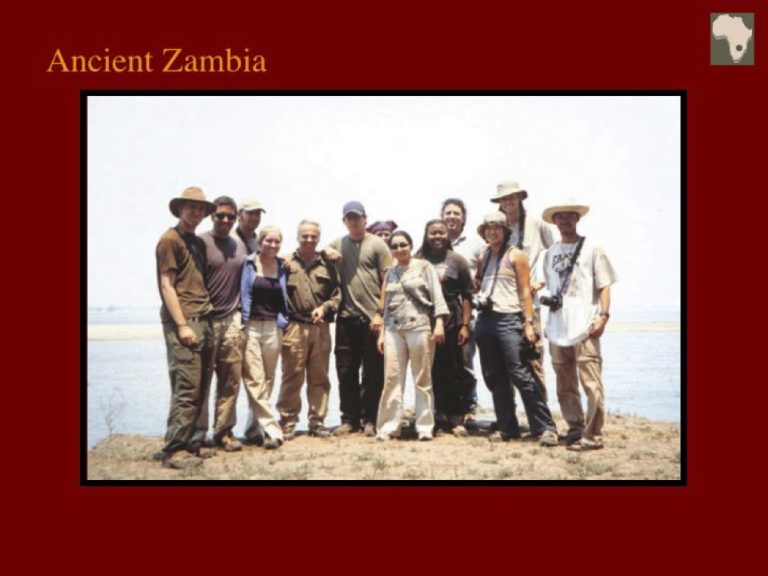 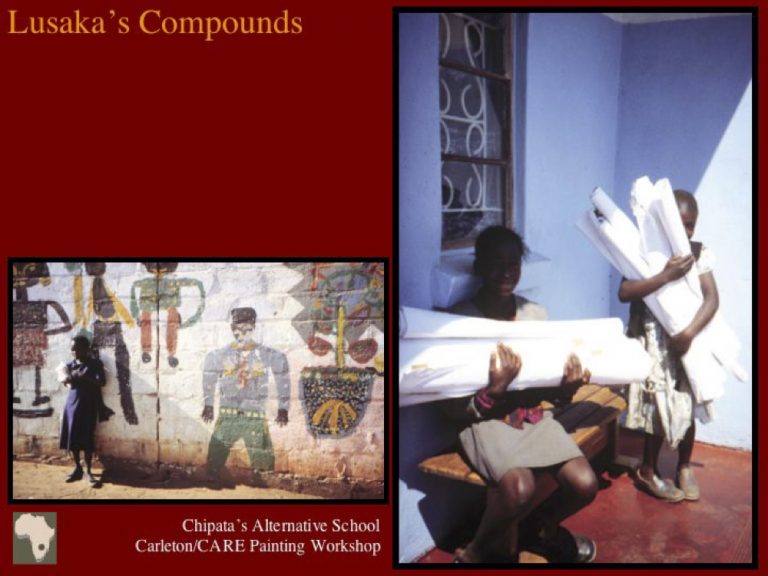 “The architectural project does not have to be a building,” he notes. His students have created environments for the long-running Dinner is Served design-build studio and several times created graphic novels as their studio’s final presentation. “Graphic novels, theatre plays, set design, all try to capture a story and imagine its space – the interpreted place and era of the narrative is an architectural construct that engages the viewer in a state of suspended disbelief.”

In addition to hands-on teaching, Cazabon had a strong interest in the pedagogy and the teaching structure of the school. 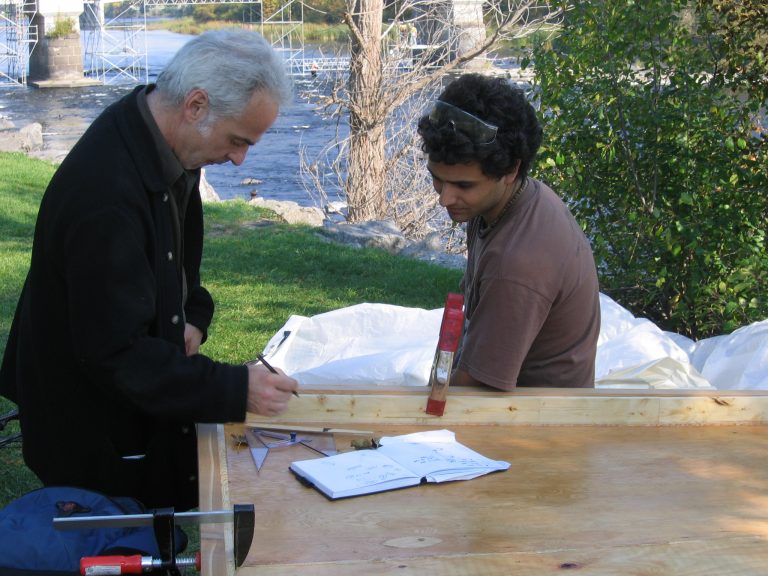 With Professor Steve Fai, he was part of setting up the positions of associate directors for the new graduate and undergraduate sections of the program when Marco Frascari was hired to be the school’s director. A constitution, setting out how the school is governed, continues to be defined.

In 1998, he was one of the founding members, with Fai and then-director Gulzar Haider, of the Carleton Centre for Applied Architectural Research. Its early projects included research on historical rural architectures of the town of Merrickville.

Cazabon was also a co-author of the Bachelor of Architectural Studies Conservation & Sustainability program, with colleagues from architecture and engineering. In addition, he led the first Directed Studies Abroad trip for conservation students to Trinidad and Tobago in 2011 and 2012, documenting disappearing historical architecture. 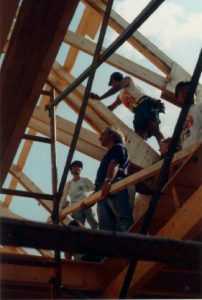 Since 1994, Cazabon has played a key role in the accreditation process for the school. An offshoot of the need to assemble drawings and models for the accreditation visits is ArkHIVE, a digital record of students’ work that he leaves as a legacy.

In 2021, during the pandemic lockdown, his theatre workshop was one of the few permitted on-campus activities, resulting in the production of Soliloquies, Sonnets, and Selfies pt3 – Objects are Closer Than They Appear.

“It was the only reason I made it through the last semester of my degree,” says former student Angelica Ruiz Rodriguez. “Professor Yvan created a space for genuine connection and empowered creative exploration.” 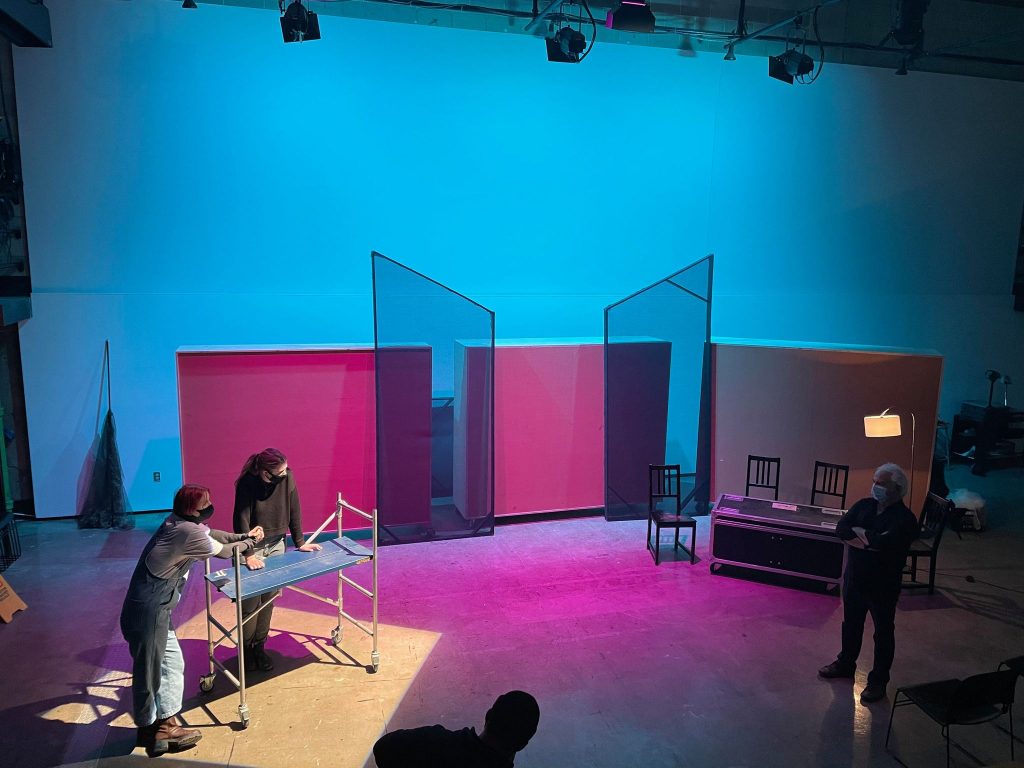 Soliloquies, Sonnets, and Selfies pt3 – Objects are Closer Than They Appear, 2021