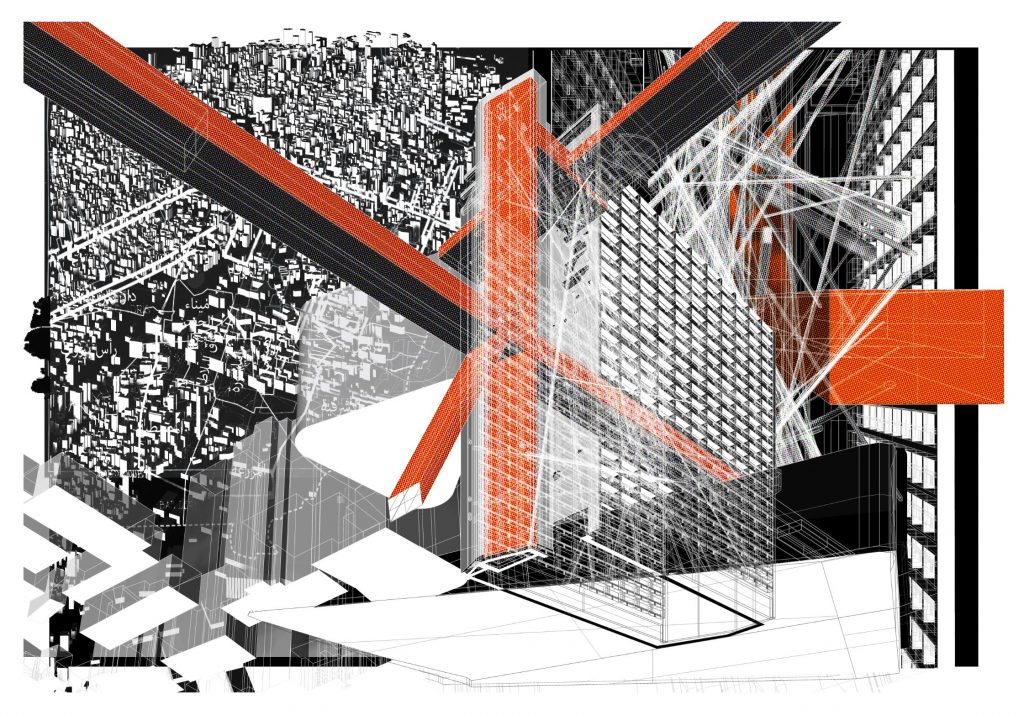 The Lebanese capital of Beirut is a city of complexities and contradictions largely attributed to its colonial past and continued civil conflicts. The Lebanese Civil War, which lasted between 1975 and 1990, has had the most impact on the city through urban relics that still stand today. Among these relics is the Holiday Inn Beirut, designed by French architect André Wogenscky and Maurice Hindié.

The economic and political context following Lebanon’s independence from the French Mandate in 1946 provided the right conditions for the Holiday Inn Beirut to become a modernist landmark. During the Civil War however, the Holiday Inn Beirut was militarized and became a strategic point offering fighters from both leftists and rightist militias a perfect stronghold from which to launch their munitions.

More recently, it has been referred to as an unintentional monument; the dichotomy between its identity as a modernist landmark and its role as an apparatus of war contributing to its commemorative value as determined by both locals and foreigners alike.

This series of drawings seeks to negotiate between the Holiday Inn Beirut’s identity as a modernist landmark, an apparatus of war and an unintentional monument. Here, the Holiday Inn Beirut is co- opted or even subverted, becoming an urban observatory that allows visitors to witness the city’s past, present and future.