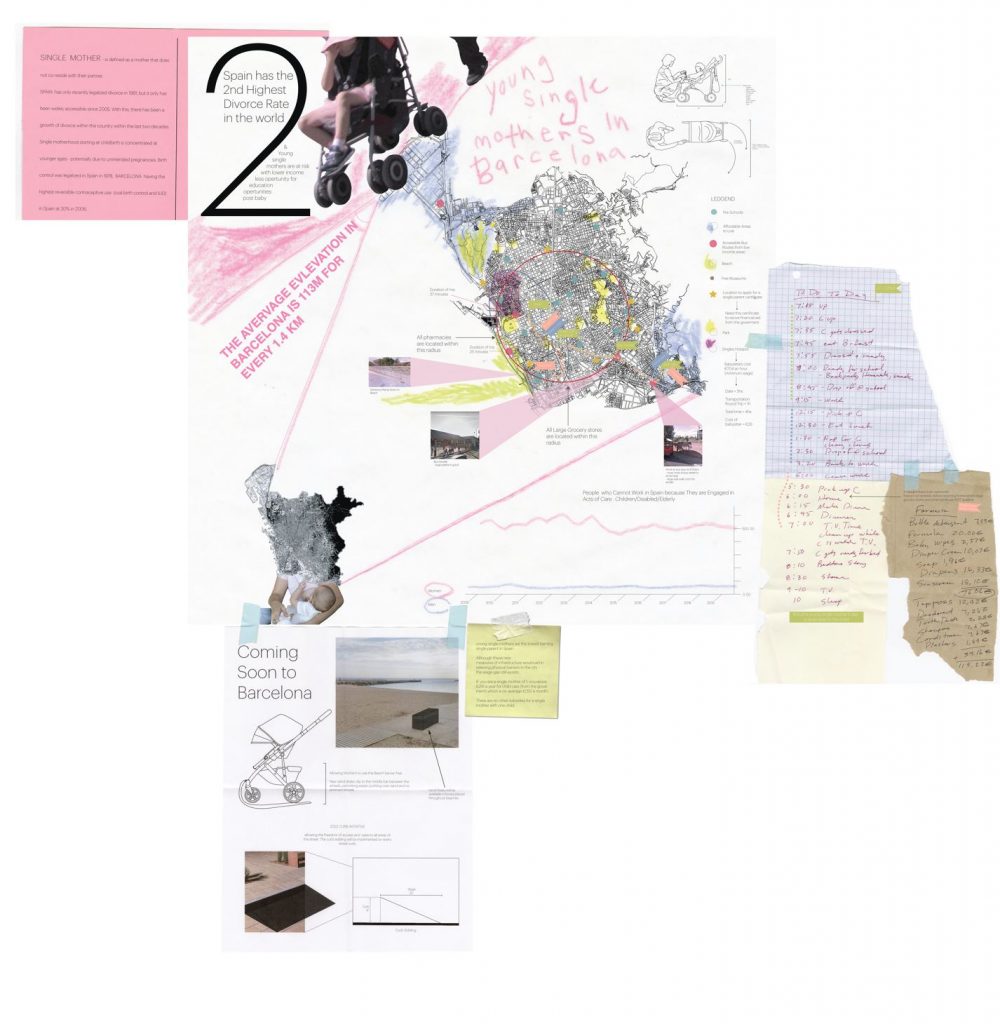 Since 2005 when divorce became accessible in Spain the divorce rate has been growing exponentially, giving Spain the second-highest divorce rate in the world. Nine out of ten single-parent families are headed by women. Young single mothers, younger than 30 are living close to the poverty line in Barcelona, having less formal education, little to no access to it. In general, the demographic of young single mothers have the lowest income of all the single mothers. This map analyzes the movement and barriers a young single mother faces day to day.