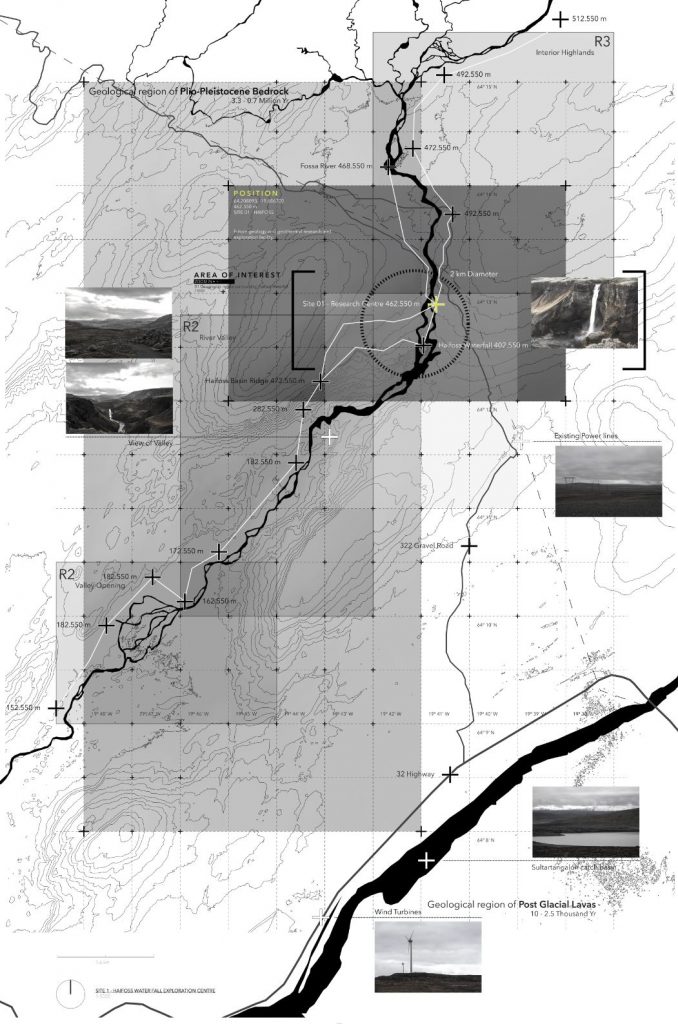 Research and Exploration in the Land of Ice and Fire

Iceland is a country of extreme geological contrasts. Widely known as “the land of fire and ice,” Iceland is home to some of the largest glaciers in Europe and some of the world’s most active volcanoes. Iceland also shares a stark contrast in summer daylight, with near 24-hours of sunshine, offset by extremely short winter days accounting for only a few hours of daylight. Due to the strong contrast in landscapes, two sites were chosen to cover the extreme geological difference adequately.

Site 01 – Haifoss
POSITION
64.208093, -19.686700
+462.550 m
Site 01 is situated upstream of the great Haifoss waterfall in southwest Iceland. This location is at the base of the Icelandic highlands, a volcanically active region of the country closely situated to the American and Eurasian tectonic plates. Haifoss was chosen as Site 01 as it offered both an opportunity to study the site’s ancient geological features while also creating a perfect basecamp for explorers, hikers, and mountaineers.

Site 02 – Hornstrandir
POSITION
66.2236557006836, -22.1889266967773
+90.000 m
Site 02 is situated in the western fjords of Iceland, sitting halfway between the coast and the Drankajokull Glacier, along glacial river run-off. This location offers a significant amount of raw data about the local landscape and climate conditions/ change. This region of Iceland is one of the oldest geological parts of the country. While remote, the site sits outside the Hornstrandir Nature reserve, a beautiful landscape nearly un-touched by humanity. The region of Hornstrandir is large enough that it would take many days to trek across on foot.