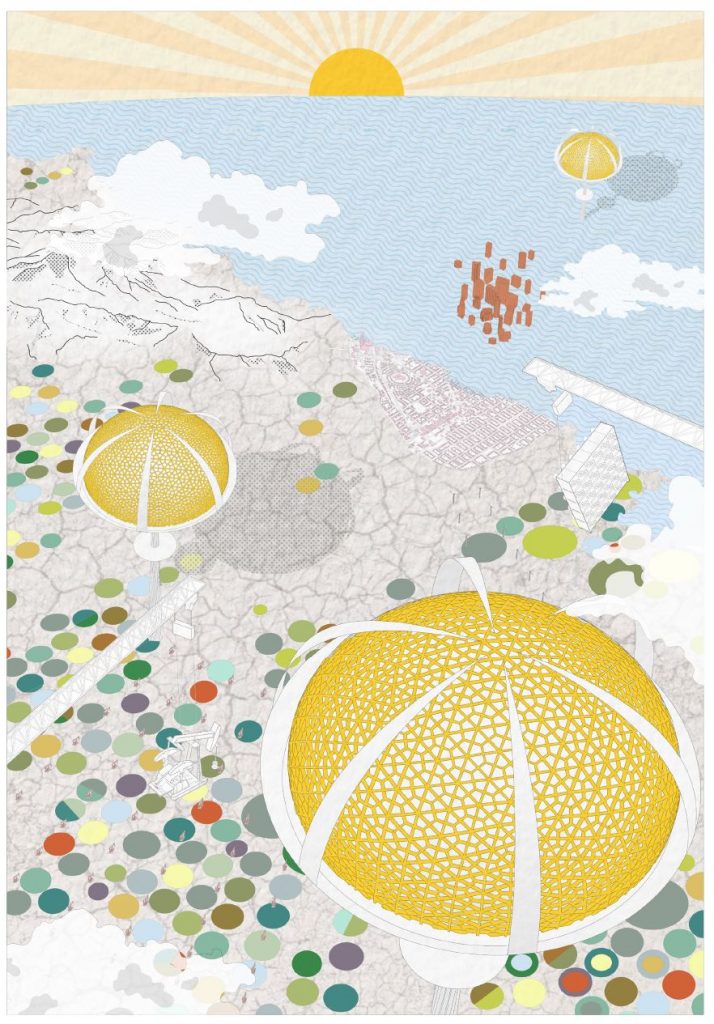 Postcards from a Dystopic Utopia: An Inquiry into the Idea of Progress

Humanity is living through a pinnacle moment of history. The world is in the midst of a sixth mass extinction due to anthropogenic changes to the earth’s climate. Ecological collapse is imminent if the industrialized world does not drastically change the way that it operates. Postcards from a Dystopic Utopia begins here. The project explores how the narrative of progress has shaped the world of today and considers how it might influence humanity’s everyday reality moving forward. Progress, meaning the overall increase of human well-being, is often attributed
for the significant social, political, cultural and technological shifts that have occurred since the 1800’s. However, the by-products of progress, such as the impacts of industrial activities, are leading the world towards almost certain ecological annihilation. Through four illustrations, Postcards from a Dystopic Utopia imagines the eventual state of the world as a result of the pursuit of progress. The drawings do so by proposing a utopian civilization that exists within a dystopian
setting, which arose as a result of humanity’s actions.