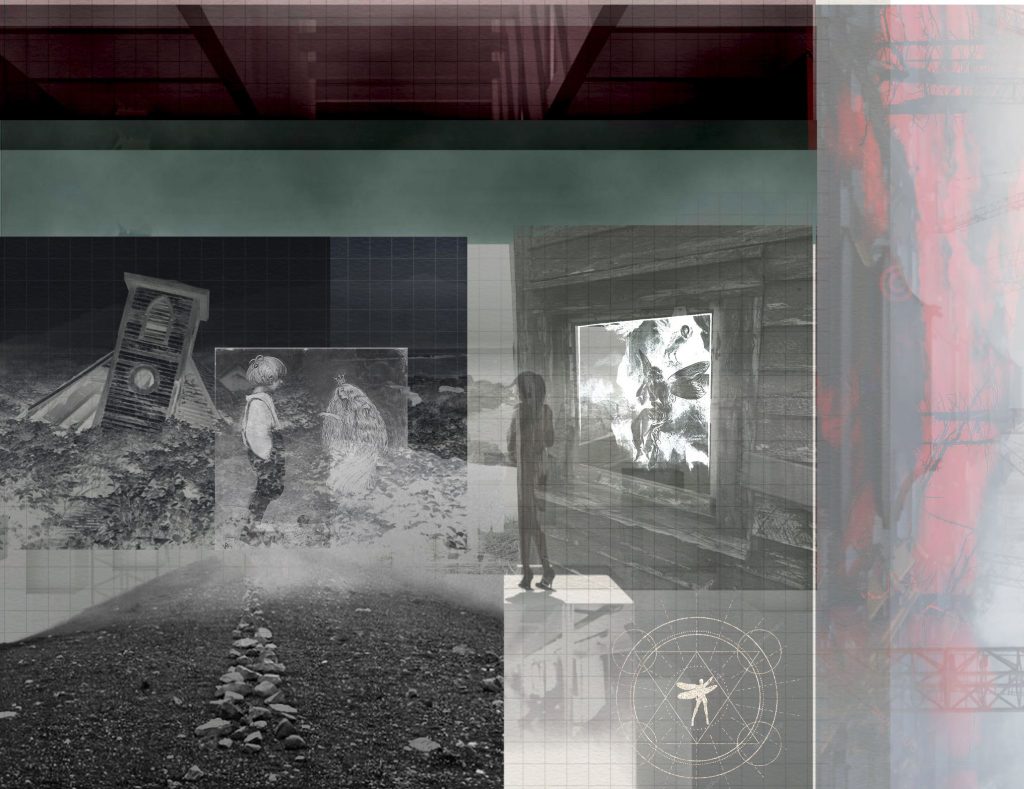 The belief is that fairy folklore is deeply connected to the natural world. “In a sense, fairies are nature personified. They are neither good nor bad; they don’t follow human rules. Fairy stories are, in a way, how we talk about our interaction with the unpredictability of the natural organic mater, The Wilderness.

Since the resettlement, the hundreds of villages and small towns are slowly being reclaimed by nature. Some have gradually crumbled away, while others remain frozen in time, as though the people who lived in them had suddenly disappeared. While many have been washed away to nothing but grassy fields and barren landscapes, they still pose as a memory to the harsh economic times faced by Newfoundlanders throughout their entire history Poverty and reliance. Confederation. Moratorium. Boom. Bust. A way of life that echoes off the craggy cliffs