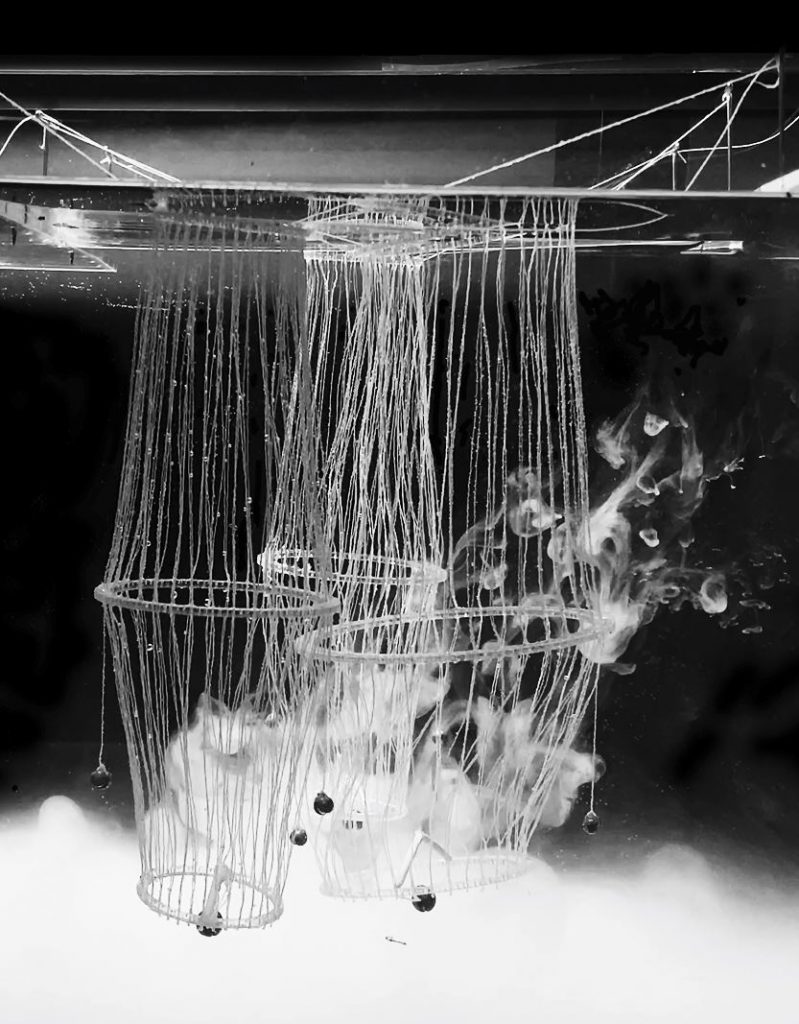 Hamilton harbour is a so-called ‘ecological dead-zone’ of floating coal-tar blobs, soils contaminated with heavy metals, and a skyline of active polluting smokestacks. Using models, mappings reliant on satellite imagery, and video, students designed an alternate, possible future for a portion of the harbour. In this project, two nets are cast onto the harbour, each an invitation to confront contamination associated with the industrial activities. One net is cast overland onto buildings; the other is cast into the harbour. Each acts as a scaffold for new, productive ecologies. A series of intricate circular nets attract the growth of algae with their fibrous threads. The algae remediates contamination associated with wastewater overflow onto the site. They act as a filter between active plumes of sewage outflow and the rest of the Harbour, absorbing toxins before they reach the rest of the harbour. The second net is a shroud for the existing buildings on the brownfield site, and operates at the scale of land art. This intervention does not disturb, subtract, or modify the existing structure, but rather envelops it with an array of intricate cables that train the growth of climbing, bioremediative plants. This net increases biomass on the site, acting as a catalyst to future ecological productivity as well as to draw the community to the ghosts of the former steel factories.