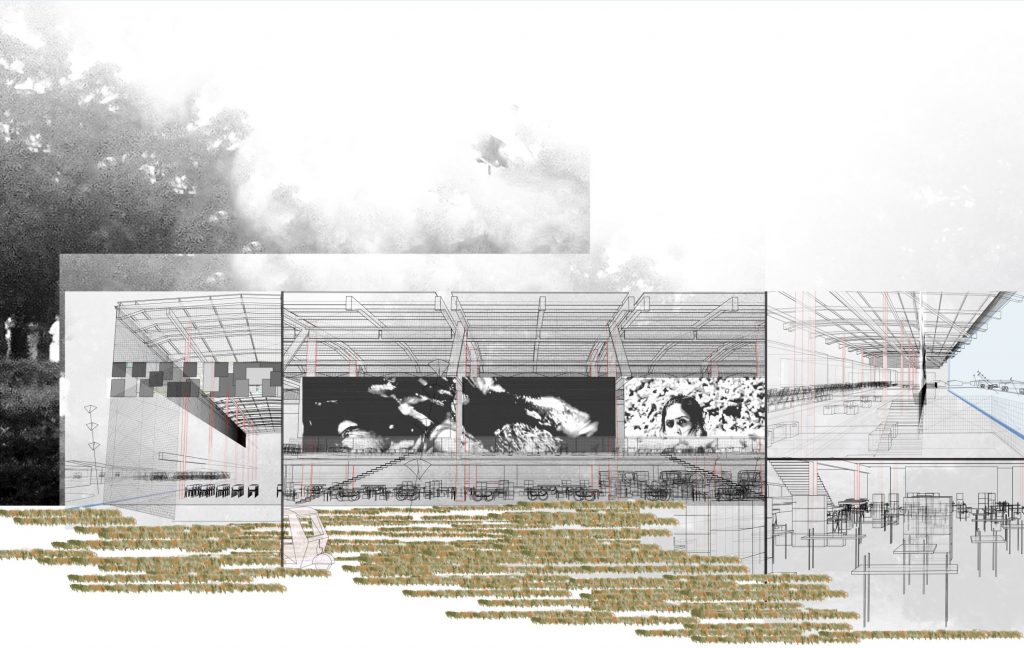 Film is merely a metaphor for an archipelago of people with one common element – viewing this medium. The question then becomes how to facilitate this unknown group of people? Up until the advent of the smartphone, creating any film was an expensive and complex venture. However these days films can be made by anyone. The Archipelic Centre constructs an environment for a new generation promoting fluid interaction between the viewer, the filmmaker, and market vendors, thus creating an enfilade of learning, creating, storytelling and viewing. The Centre is not in the city, but of ‘the city and the city’. Located in the heart of Kozhikode/Calicut, India the Centre is as non-contextual as possible, creating a suggested architectural superstructure, open to appropriation. Films are also non-contextual because they can be viewed and shot in any location. The combination of appropriation and film make the Centre as contextual as possible. This Centre is dedicated to the people – no matter their social class or financial status – and is achieved through the careful selection of the program (substructure), and arrangement of the architecture (superstructure).