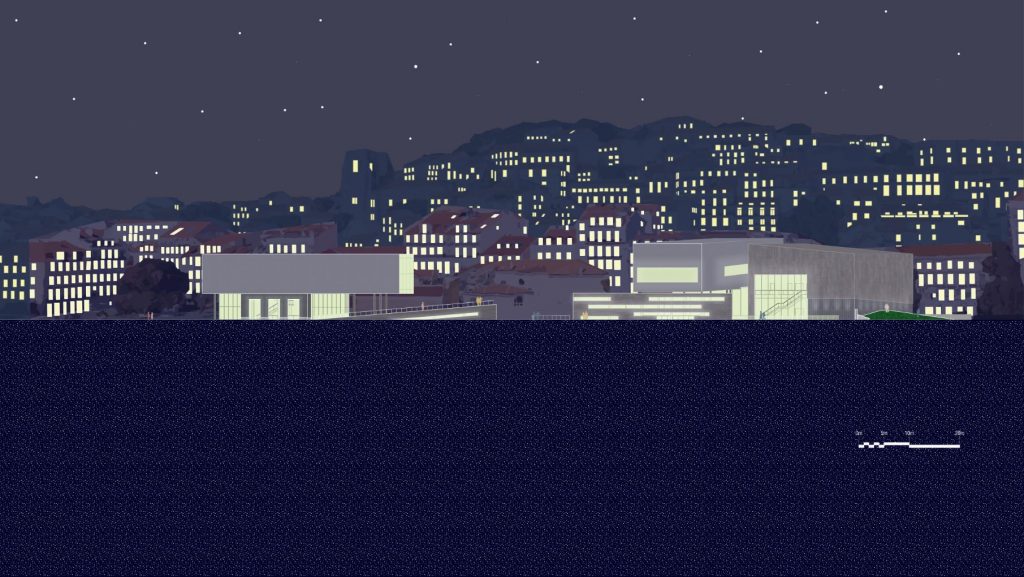 Studying the history of the Alfama neighbourhood in Lisbon, Portugal, one finds a culture deeply entwined with meaningful and intimate performance. Analyzing the ancient, winding streets of the neighbourhood further develops a sense of performing, as one becomes a piece of the city on their journey. The project then aims to be part of this performance, both within itself and on the urban scale. The project is composed of multiple different characters, all interacting with each other to put on a show for the audience that is the city. Within this performance, between characters, spaces are created that are equally important within the context of the project. These spaces become characters of their own, offering a chance for participants to engage with the projects performance. The communication between the characters and the negative spaces not only becomes an important aspect of the project, but in many ways becomes the project.