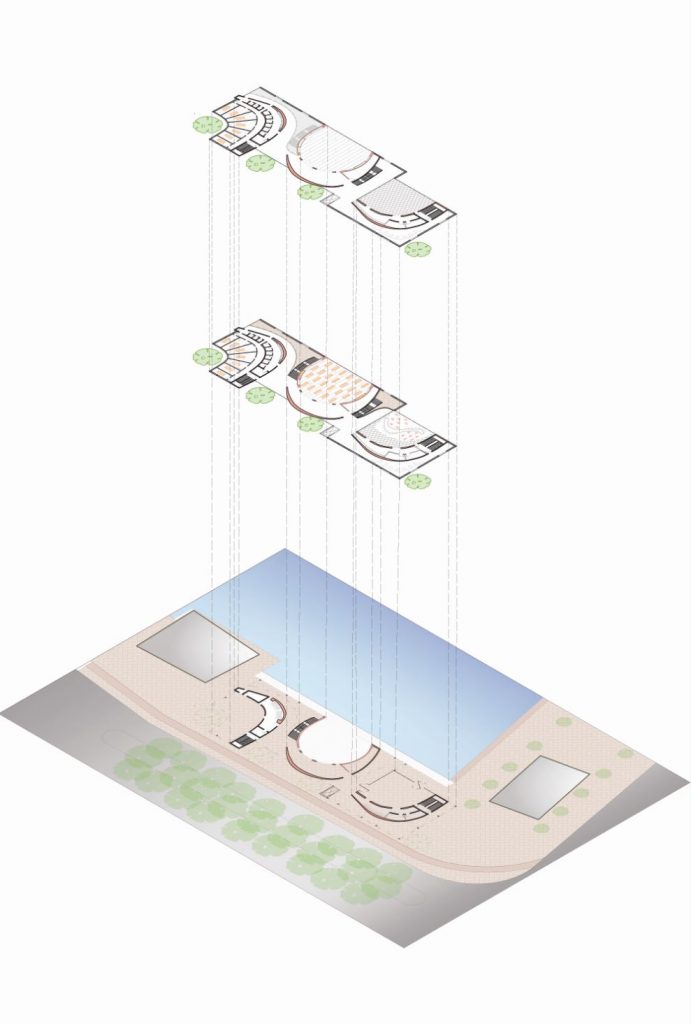 As a means to de-stress from the daily lives of the residents of the Eastern Docklands in Amsterdam, Urban Getaway aims to provide an extension of the daily lives of its visitors as well as passersby along the canal and streets. With most residents living in dense compact apartments, three forms were placed along the site in contrast. Each form interacts with an element of the site; the canal, the street and the greenery. This aimed to provide a getaway within the bustling activity of the city. The forms further enage with the exterior glazing and explore different opportunities of enclosure at each corner and connection. An open and free circulation was intended to promote engagement and socialization in unexpected moments of the building. The three curvilinear forms create and divide space as well as provide opportunities for seating, storage and locker spaces such that visitors experience the forms in all aspects of the building. The leaves of the trees were abstracted into shapes in order to create punctures in the outer facade walls that cast playful shadows as the day progresses. Urban Getaway focuses on movement and art as forms mental well being including activities such as yoga and painting that can be done individually or in groups. The street level harbours a gallery where
artwork produced in the studios above can be exhibited as well as an event space for residents of the Eastern Docklands.