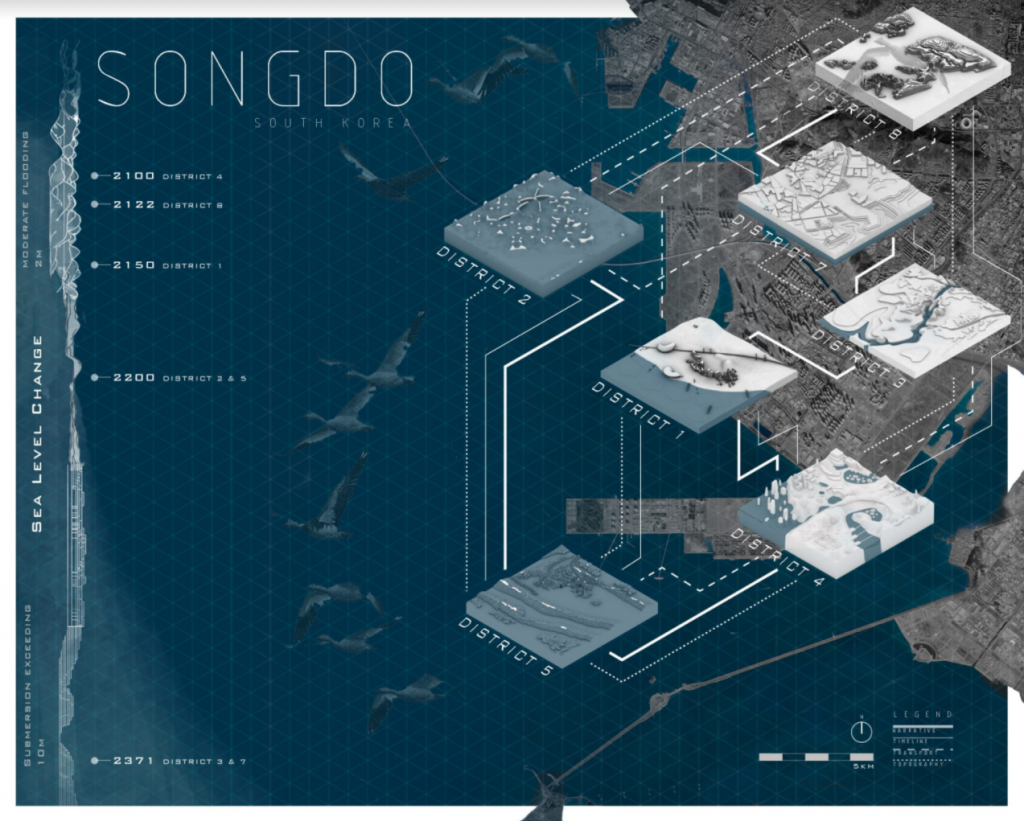 The course theme of “Capsule Cities” is heavily influenced by tiny living in a science fiction future. Based on the Lab Groups, they were designated a city; Songo, South Korea. This city is meant to be a loose inspiration, a jumping-off point for a future environment. Within each city, they developed, in pairs, a District. The image above is a collaborative map created by Lab Group 6 which shows how their Districts relate to one another within the city.

District 7 was inspired by the natural and engineered forms of the South Korean landscape. Shoham’s Capsule Dwelling was inspired by South Korea’s mountains in form and material. Maria’s Capsule Dwelling was inspired by ancient pigeon holes and bird cages. Songdo’s International Business District was the first to earn a LEED (Leadership in Energy and Environmental Design) Certification for Communities Percentification. Its green building strategies and environmentally conscious development sets a precedent for Smart Cities of the future. In this graphic novel, they built on the idea of a Utopian Green City that explores what high-tech sustainability could entail when taken to the extreme.