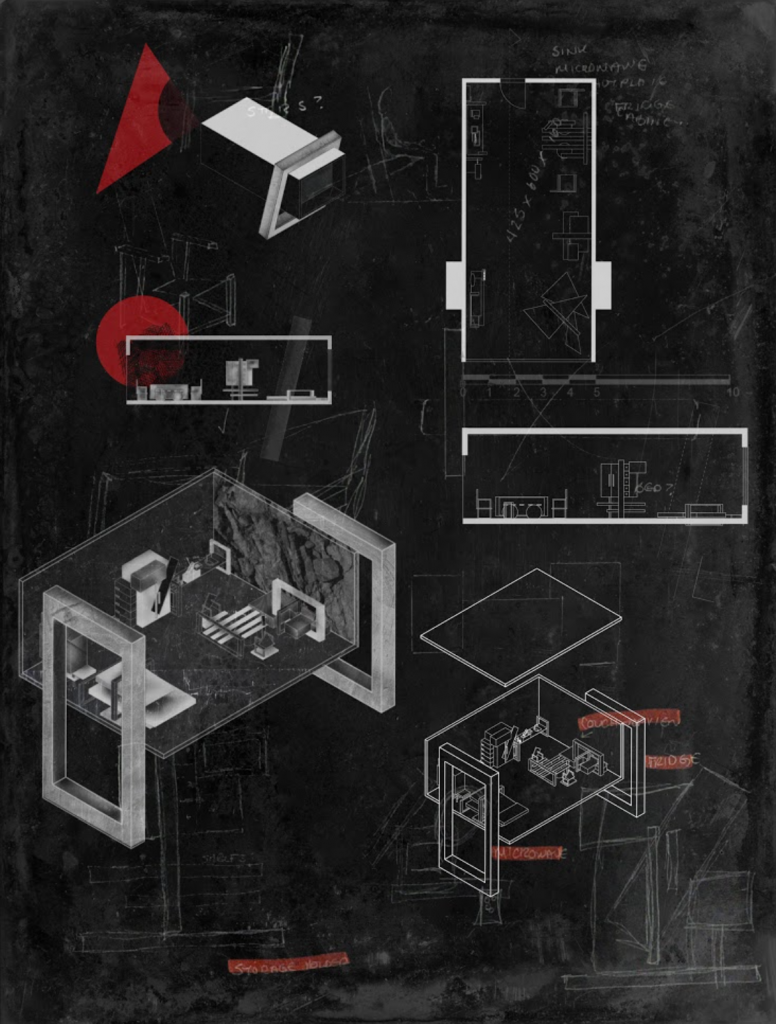 Digital Practice and Theory recognizes technology and its use in architecture as a theoretical foundation upon which critical skills can be developed. This year’s theme of Capsule Cities asked the students to begin by loosely drawing inspiration from an existing city. Within each city, student pairs would develop a district with a 5km x 5km square area. The development of contextual factors such as topography, climate, characters, capsules, furniture, fabrication, and vegetation. District fabrication continued to inspire a scientific future-based narration. A single-room architecture, with energy self-sufficiency, created a capsule. The end of the term drew a completed 3D model for virtual use, and a Graphic Novella to portray the final presentations and renderings.

The initial plans for the Botanical City envisioned a society that was not human-centric, but instead put the priority on nature and all it contains. Those utopian ideologies occurred over seventy years ago… Presently, the secluded living style and fear of losing the protected reserve has made the citizens beliefs more extreme and the forests they inhabit went from important to almost sacred. Biologists have the privilege of visiting the forests while others may only gaze through their capsule’s window. Citizens who are not biologists must remain inside the mountains as a way of protecting the life of the botanicals. The societal hierarchy of this city is based on one’s interactions and knowledge on Biology.