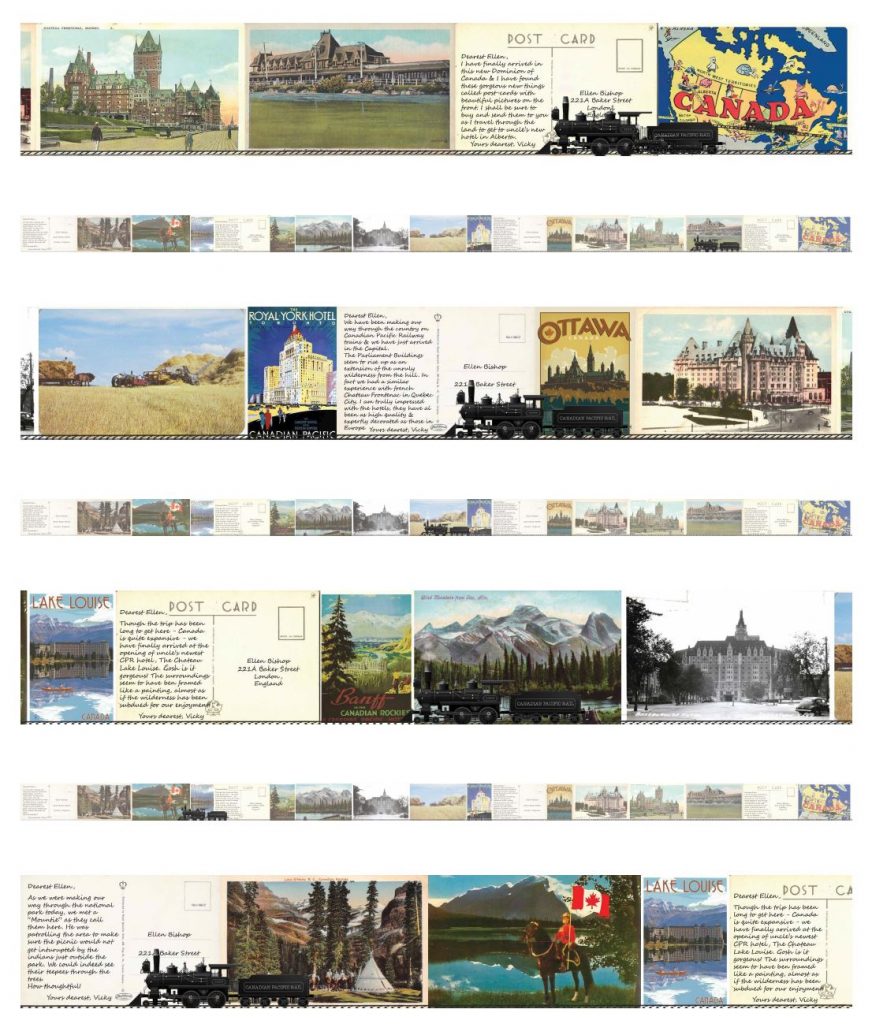 Château Style and Colonialism Through the Railway

“Château style and Colonialism Through the Railway” is a fictional short animated video created as a mixed-media representation of the evolution of the Château Style in Canada. The animation is a story told between two friends. Vicky, who has arrived in Canada and is travelling the country by the wonderful comforts of Canadian Pacific Railway, is stopping at various new destinations with beautiful nature and hotels. Along the way to Lake Louise she is writing letters on postcards to her friend Ellen back in England. Some important topics briefly discussed in the letters Vicky sends to Ellen are the development of the Canadian Railway Hotels in the Château Style, the viewpoint of the Canadian wilderness as something to be subdued and colonized, the exoticization of Indigenous Peoples and the new medium of post-cards Something of note to consider is that these letters are written from the viewpoint of an upper-class traveler in the the early 1890s. The language used does not reflect the specific view-points of the author in the present.