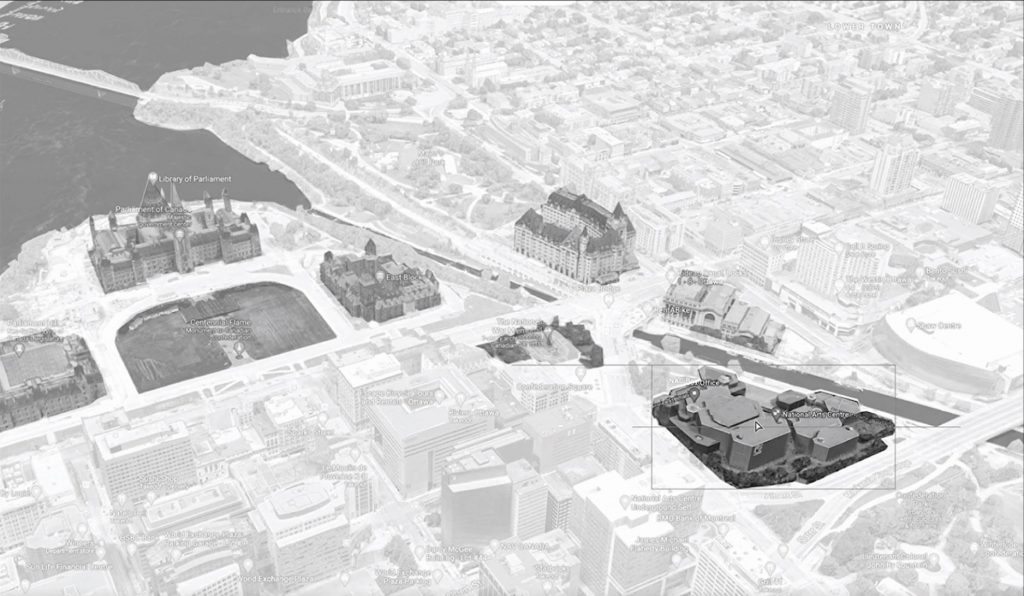 I am Canadian: A Visual Essay on the National Arts Centre

The National Arts Centre was designed by Affleck, Desbarats, Dimakopoulos, Lebensold, and Sise in 1967, and it was intended to be an example of the desired architectural style that would embody a Canadian identity. The National Arts Centre, colloquially referred to as the NAC, serves as one of the most exemplary Brutalist projects that was created under the financial umbrella of the Canadian Centennial Building Project. Through the initiative and this new architectural style, the designers of the NAC attempted to establish a national identity by embodying an idealized sense of Canadianism within the architecture’s form and relationship to the landscape. The role of this visual essay is to analyze the initial intention of propagating a Canadian identity through the architecture of the NAC. The essay also satirically criticizes these intentions, and the actual execution of those intentions. The entirety of the essay is told through the perspective of the architecture of the NAC, and through the use of a series of images and clips.