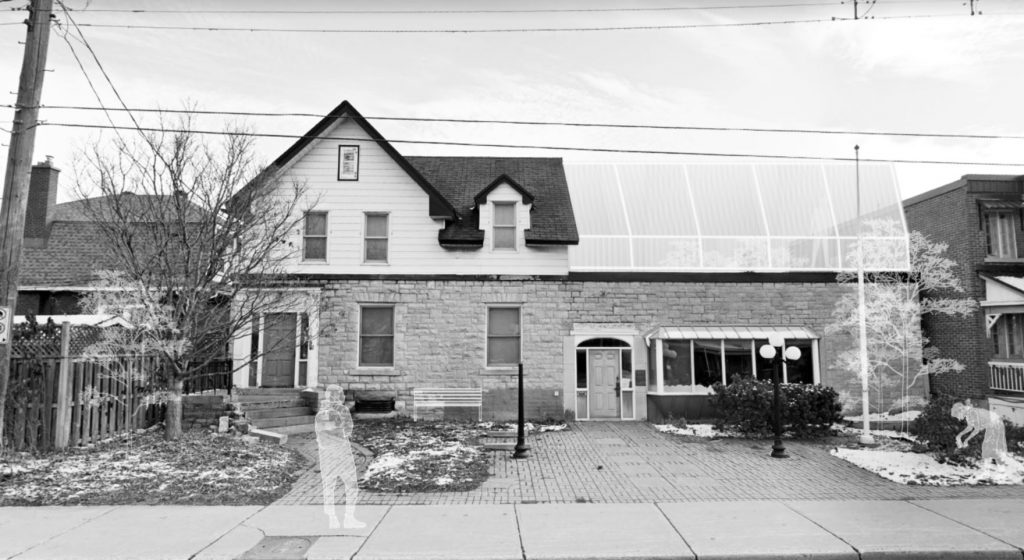 Green Peaks revolves around the community character and urban ecology of Hintonburg, a neighbourhood in Ottawa, ON. As 453 Parkdale Ave has been vacant for nearly the last decade, the presence it holds along the Parkdale Streetscape and Hintonburg is threatened. Green Peaks proposal examines the potential for green space in Hintonburg while emphasizing the roof typology, housing an architectural office committed to exploring urban ecology and enhancing the presence of greenery in the scale of the city block and neighbourhood as the community faces gentrification and intensification. As Green Peaks examines the coexistence between new, old, and green, it is open to the public, allowing community members to see the research and designs the architectural office is producing while also being able to enjoy the atrium and greenhouse at 453 Parkdale. This proposal can grow beyond the 453 Parkdale and influence other open space and underutilized areas to house sheltered green space, greenhouses for sharing plant knowledge or community gardens for food – enhancing the social and environmental sustainability of Hintonburg.