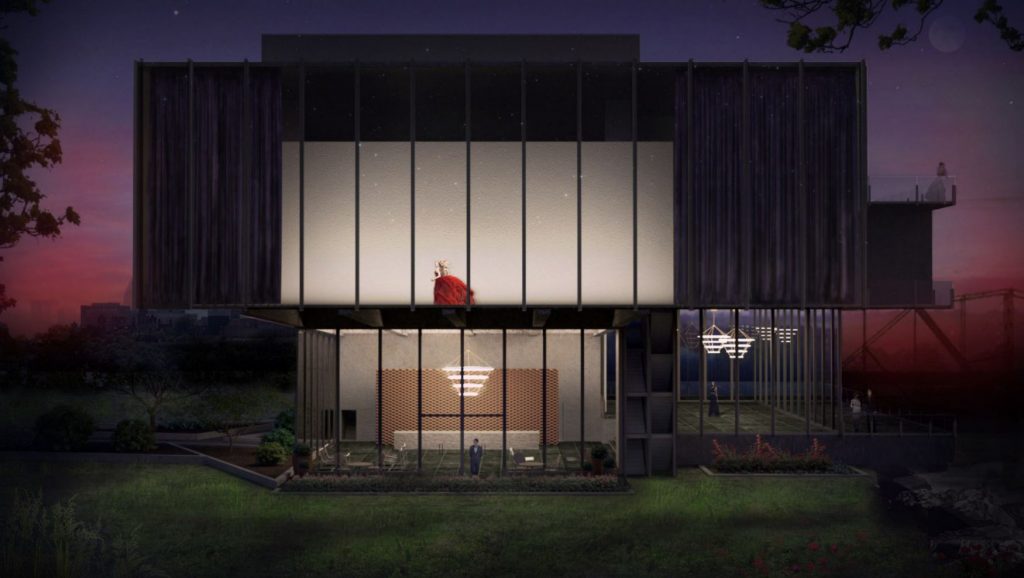 The Dry-Dock Theatre: Ottawa’s National Monument for the Performing Arts

The Dry-Dock Theatre aims to incorporate the theatrical qualities of performance within the architecture itself. The structure puts commonly hidden elements – such as the backstage – on display from select viewpoints, allowing visitors to catch a fleeting glimpse of those moments that are usually concealed and shrouded in mystery.

As Ottawa’s national monument for the performing arts, The Dry-Dock Theatre anchors itself to Nepean Point through its core, which acts as a beacon and pays homage to the explorer Samuel de Champlain, who once graced the promontory. The theatre aligns itself onto a new grid, angled between Ottawa and Gatineau’s grids, and expands across the river. This new grid enriches the palimpsest of historical grids on which Ottawa sits today, as seen on the site study map which reminisces on the city’s Algonquin heritage and its historical relationship to the Ottawa River.

An outdoor auditorium engages the public with built-in seating for both informal and formal use, whereas the building’s more formal, indoor auditorium is lifted off the ground, allowing for a bottle-neck ground floor to visually nestle the building into Gatineau’s vista in the background.

Through an open-concept plan, users are invited to wrap around the venue, allowing them to appreciate the expansive views of the city while also discovering views into the structure that are revealed only from certain directions. On each floor, universal washrooms are modeled like actors’ dressing rooms, further immersing the user in the theatre experience. On the subterranean level, an observation platform pierces through the cliff, flooding light into the rehearsal spaces, which is connected to an accessible underpass from Major’s Hill Park.