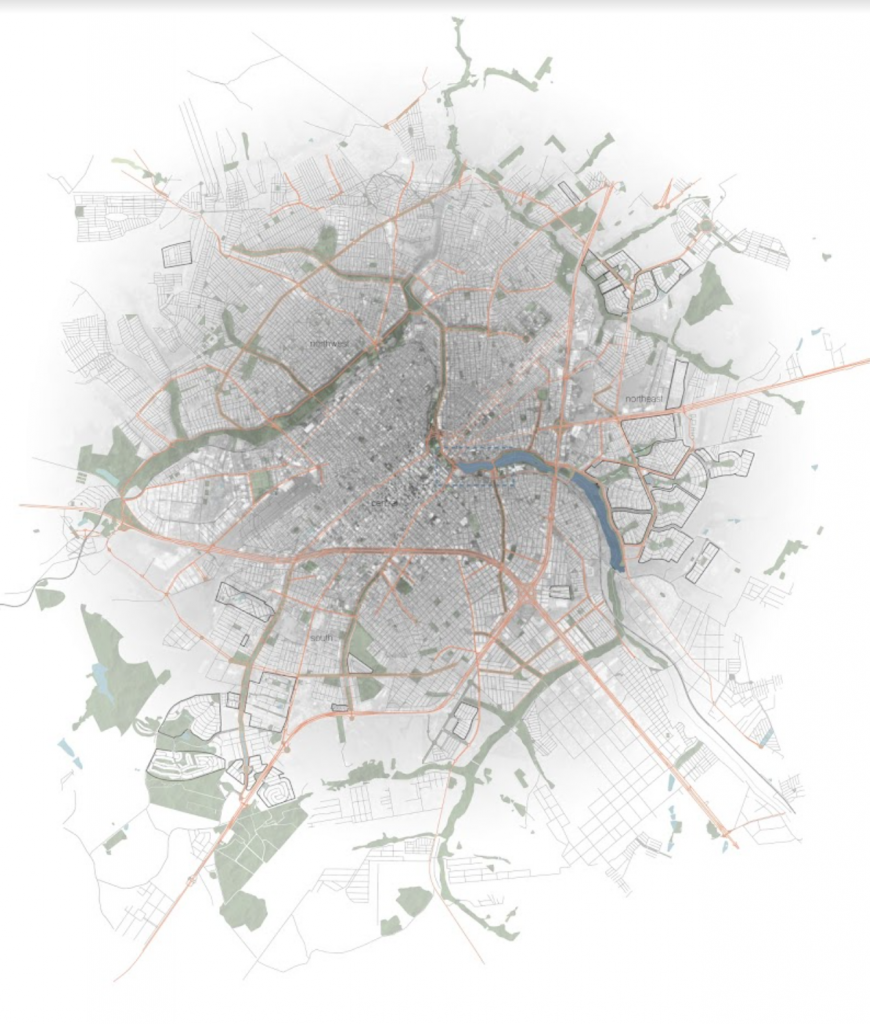 Since the 1970s, neoliberal answers to problems related to structural inequalities have been fragmenting and segregating Brazilian urban spaces. The major adoption of private modes of transportation combined with private communities and private commercial and leisure spaces has created a network of private spaces that isolates upper and middle-class individuals.

Consequently, such car-oriented, fragmented fabric encourages a less dynamic and less inclusive environment where public spaces and programs are not properly offered and maintained. This project then challenges such segregated sociospatial organization of Brazilian cities. Based on new, more democratic, urban practices, this proposed design for São José do Rio Preto’s represa (damn/lake) waterfront successfully connects major public programs – such as educational facilities, theaters, and a sports complex – through a pedestrian oriented transportation network composed of a promenade, dedicated bike lanes and new exclusive bus lanes. Furthermore, due its geographical proximity to low working-class boroughs, and to the central bus station, such development would also provide quality public spaces and programs for populations that have been denied to exercise their right to the city due to historical injustices manifested in the urban fabric.