A Trip down Pentry Lane – excerpts from Robert Lemon’s memoir An Architect’s Address Book — the places that shaped a career, ORO Editions 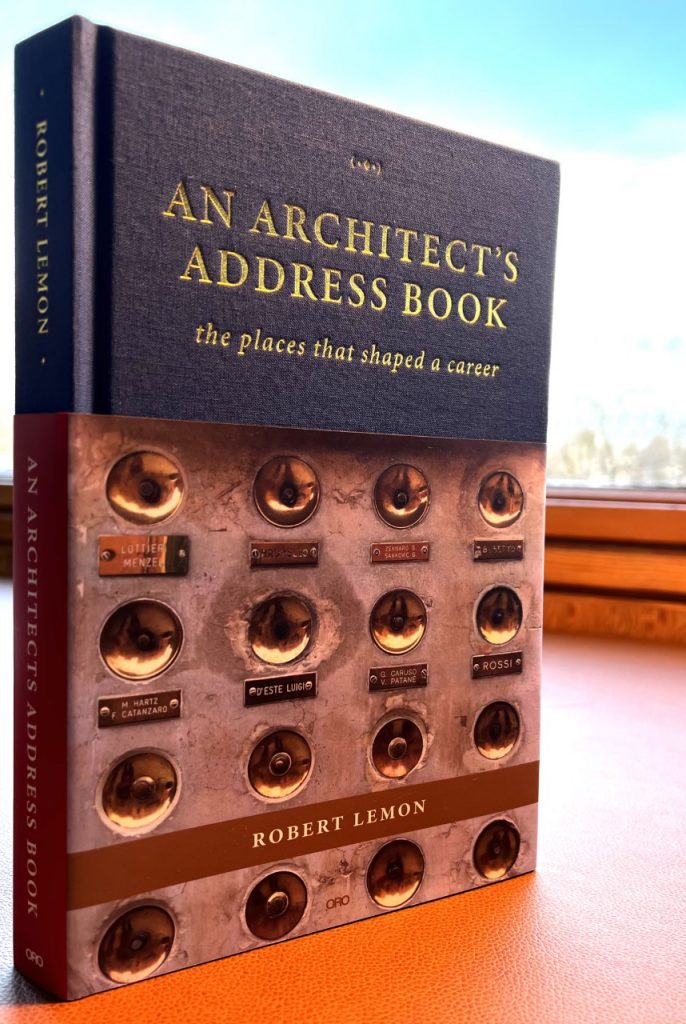 Retired architect and alumnus Robert Lemon (’79) will give a talk about his memoir, An Architect’s Address Book – the places that shaped a career, on Monday, March 27 at the Architecture Building at Carleton University.

Everyone is invited to the event from 12:30 p.m. to 2 p.m. in the Pit. It includes an introduction by School Director Anne Bordeleau, a presentation by Lemon, a question period, refreshments, and book signing. The book, published by ORO Editions, will be available for purchase.

An Architect’s Address Book is a memoir in 18 chapters of the places where the award-winning architect has lived, studied, and worked over the past six decades.

Lemon’s talk, titled A Trip Down Pentry Lane, will focus on the places he studied architecture, including the Pentry Lane townhouse in Old Ottawa South where he lived while at Carleton, and his residence during the Directed Studies Abroad term at the AA in London.

After graduating from the Carleton University school of architecture in 1979, Lemon moved to Vancouver, where he lived and practiced for over four decades. His distinguished career was focused on heritage planning, building rehabilitation, and custom residential commissions.

Lemon holds a master’s degree in architectural conservation, which he started at ICCROM in Rome and completed at the University of York in the UK. Now retired, he has returned to his Ontario roots in Stratford. 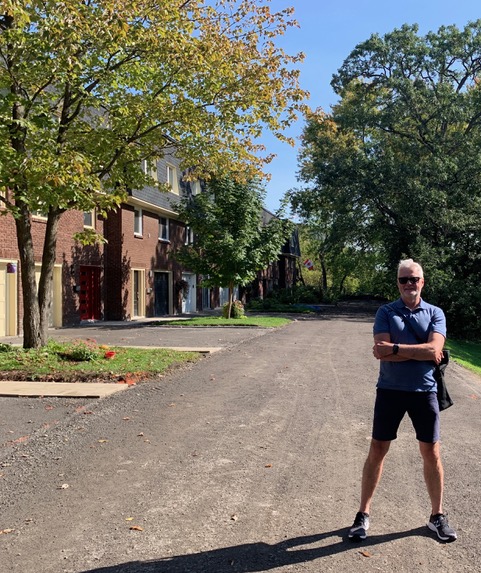 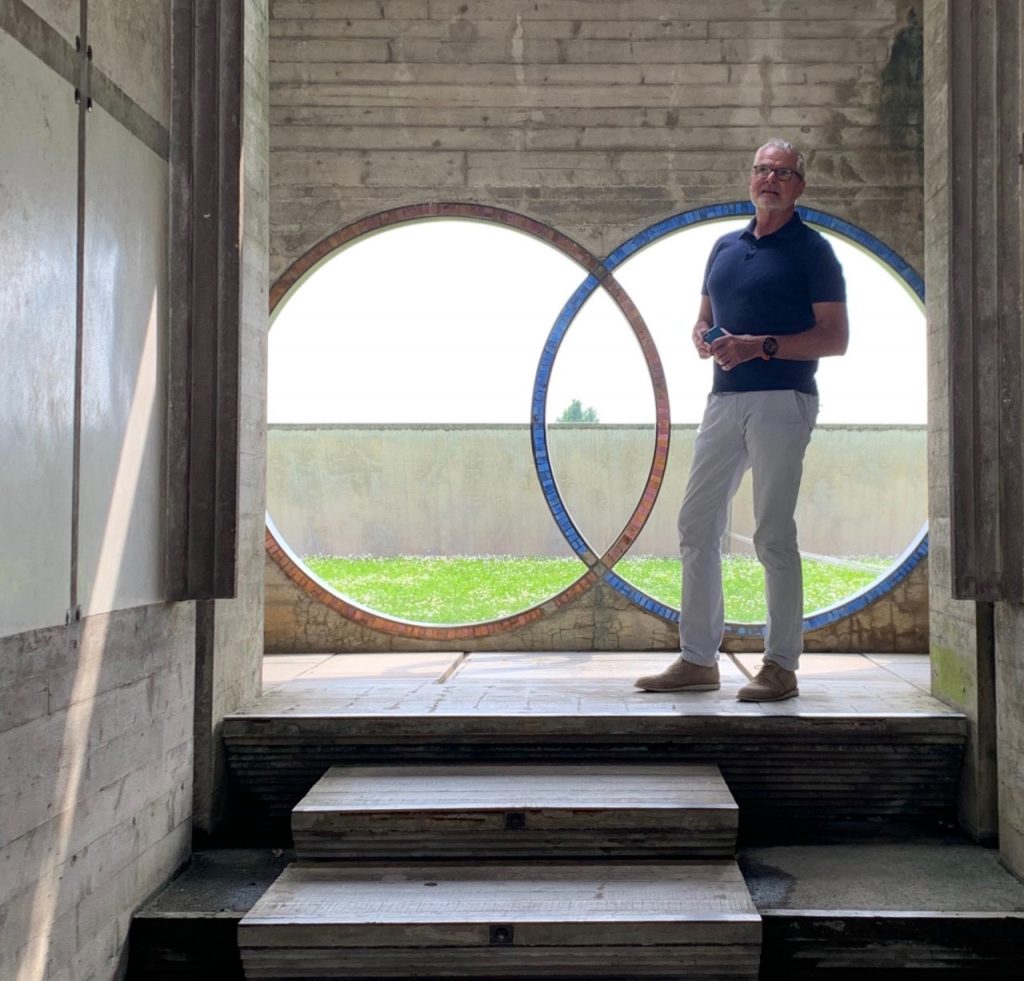 Having weathered many scholastic years of enduring all-nighters immersed in the architectural studio for my final year, I vowed to head home at midnight. Very little was ever produced at three in the morning except piles of erasure dust from drawings done at the wrong scale. The studio was crowded and noisy, with a blare of cassette players and transistor radios tuned to different stations. And the place was a mess, the floor piled with discarded paper, cardboard, food scraps, cigarette butts, and the detritus of drawings. I ended up doing most of the work in my room at Pentry Lane and enjoyed the quiet and lack of distraction away from the studio.

So, I was rather proud that my submission, completed during waking hours, got a glowing review during my final “crit,” the dreaded critical review of projects where professors and students gathered around the work that was pinned up on the wall, and the author had to explain what his project was all about. Usually, the project would have been finished in the wee hours of the morning just before presentation. After a quick shower and lots of coffee, it was show time. But I had finished on time and was quite composed and confident for the presentation.

All our projects had to be displayed on the walls of the upper street of the school. We had strict instructions to limit our panels – all uniformly sized – to twelve, plus a model. I chose to arrange eleven boards in a grid, leaving the bottom right spot for a model with the base the same size as a drawing. The model panel sat flush to the wall while I delivered my presentation until, at the end, in a dramatic gesture, I propped up the model on a wooden dowel so that it could be viewed at eye level. Frank Carter was impressed.

It had taken me six years to learn that the skill of an architect is as much about how he presents his ideas as about the ideas themselves.

Q & A with Robert Lemon

What are two or three strong memories from your time at Carleton?

• Escaping the Architecture Building for a bit to take courses on campus on art, architectural history, and cultural geography.

• Standing in the freezing cold waiting for the Bank Street bus on a lonely Sunday, mid-winter.

• Wallowing in the studio environment. In fourth year, my studio space was “Robert’s Rumpus Room” with my drafting board on top of a wooden crate that was a cozy hideaway retreat.

• The Directed Studies Abroad Term in London at the AA. 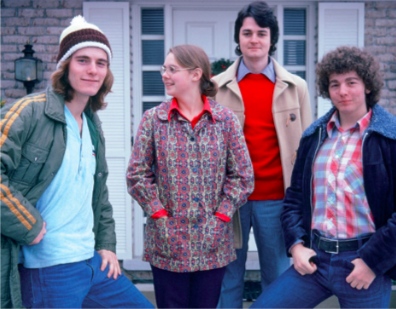 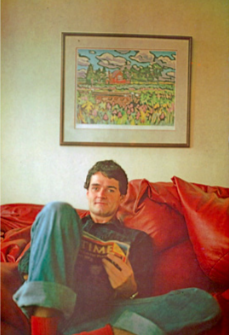 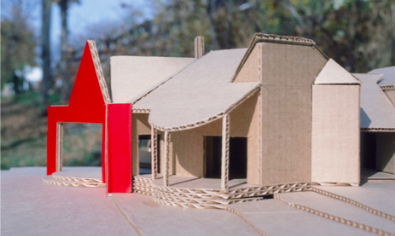 What faculty stand out in your mind and why?

• Don Westwood was excellent in teaching us how to draft.

• Working in the AV Room with Helmut Schade.

• Frank Carter was a great advisor for fifth-year studio.

Who were your friends at school?

How did you come to write the book?

The summer I spent at the University of York writing my master’s thesis, Modernism in Context, I kept a detailed journal of the trials and triumphs of a mid-career architect going back to school in the UK.

The shabby place I stayed was at the end of Howard Street and since the splendid Castle Howard is near York, it did not take long for my digs to be dubbed “Castle Howard’s End” and would be a good title for a chapter in a book.

So, I thought that writing about other places I had lived while studying and working as an architect — and the people influential to me — would be a tidy framework for a memoir. Each chapter is about a place I have had an address. They range from St. Thomas and Ottawa, to Paris, London, the High Arctic, Rome, Vancouver, Dorset, Xi’an, and Los Angeles. 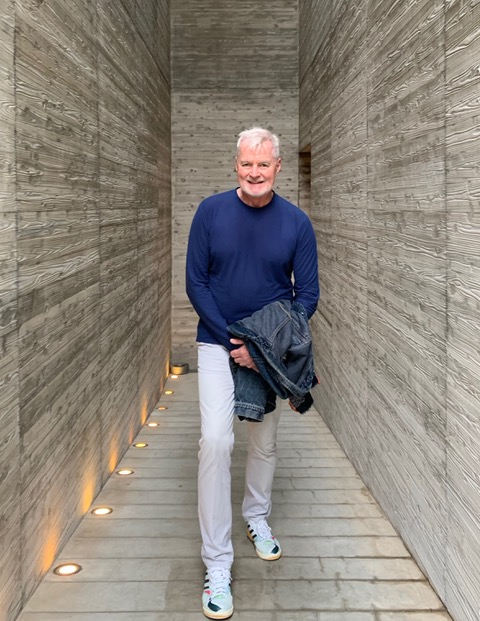 Robert G. Lemon is an award-winning architect and writer whose study, work, and passion for buildings and cities have taken him around the world. Born in southern Ontario, he began his architectural studies at Carleton University in Ottawa but soon left Canada for stints in Paris and London. He then returned to the High Arctic as a photographer for an archaeological project. Upon graduation in 1979, he received the Lieutenant-Governor’s Medal in Architecture and the Heritage Canada Student Design Award.

In 1979, Lemon moved to Vancouver, where he lived and practiced for over four decades. He has a master’s degree in architectural conservation, which he started at ICCROM in Rome and completed at the University of York in the UK. Now retired, he has returned to his Ontario roots in Stratford.

Lemon’s professional career has focused on heritage planning, building rehabilitation, and custom residential commissions. From 1991 to 1996, he was the Senior Heritage Planner for the City of Vancouver, where he was involved in landmark building rehabilitation projects, the introduction of the current heritage legislation, revamping the Transfer of Density Policy, and adding Recent Landmarks to the Vancouver Heritage Register.

His landmark heritage building rehabilitation projects in Vancouver include The Architecture Centre, the downtown YMCA, Coastal Church, Hotel Georgia, and two historic buildings at Jameson House and Shannon Estate, all of which have received City of Vancouver Heritage Awards. He also designed or rehabilitated many award-winning custom residences in British Columbia.

Lemon’s interest in 20th-century architecture has enabled him to present papers at conferences around the world, from Ottawa to Miami, Banff, Bratislava, and Stockholm. He has been involved with the Vancouver Heritage Foundation since its inception, establishing the organization’s by-laws and later serving as a board member, chair, and co-chair of major gifts fundraising. In addition, he has sat on numerous boards, including the Erickson House and Garden Foundation, Vancouver’s Contemporary Art Gallery, and the Association for Preservation Technology International.

In addition to publishing papers in professional journals (APT, DOCOMOMO, ICOMOS), his story “Our Estergreen,” about the country retreat created with his partner of over 30 years, the interior designer Robert Ledingham, was featured in Western Living magazine.

Lemon’s memoir An Architect’s Address Book – the places that shaped a career, published by ORO Editions, will be available in early 2023.