Daniel Dickson, who graduated from the Master of Architecture program at Carleton University in 2022, is the recipient of this year’s RAIC Medal.

The medal, given by the Royal Architectural Institute of Canada (RAIC), is awarded to a student who, in the judgment of faculty, has achieved the highest level of academic excellence and/or completed the outstanding final design project/thesis for that academic year.

It is awarded annually to one student in each accredited university school of architecture in Canada.

Dickson received the medal for both his GPA and thesis.

The nomination for Dickson noted: “A compelling thesis, beautifully written, contemplating architecture and the literary city, with a rigorous set of architectural drawings.” 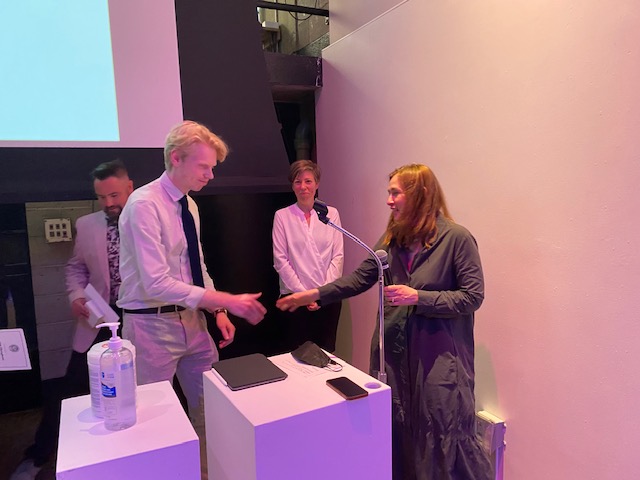 Daniel Dickson receives the award at the June 22 convocation reception from Emmanuelle van Rutten, an alumna and past Regional Director for Ontario North, East & Nunavut for the Royal Architectural Institute of Canada.

Dickson was tied with fellow student Michael Jamieson, for the highest GPA of the graduating class in June 2022 — 11.33/12.

Here is the thesis abstract. 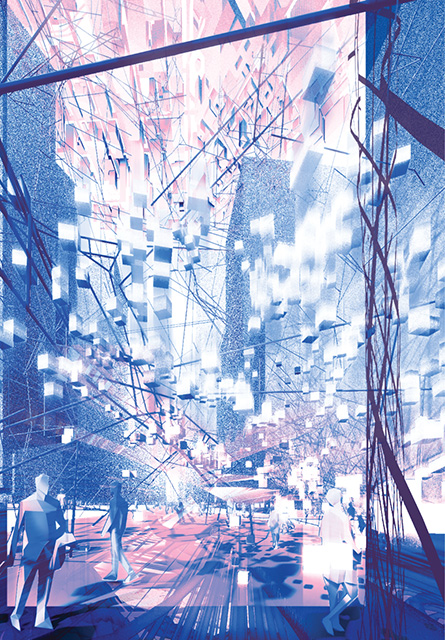 Literapolis reconceives the post-Internet city towards advocating the textual production of its citizens. It reacts to the precarious agency, accessibility, and heterogeneity caused by disenfranchising screen environments. In response, the thesis frames the city as a ‘born-digital living literary,’ whose spaces of writing and reading, though obfuscated, remain tied to place.

The thesis unrolls over five scrolls.

– The third develops a methodology of vectors, points, and fields to apply the scales to an epicentral post-Internet case study: San Francisco.

– The fifth reflects on the Literapolis as a language and ethic for reading the city, specifies how research might expand beyond Silicon Valley, and enacts a spatio-text.

Amidst the scrolls, an ethical vocabulary was created to advocate for the sociocultural health of cities. This practice harmonized with the project’s moral aims: terms were not preconceived top-down but uncovered and nuanced iteratively per the discursive voices encountered. 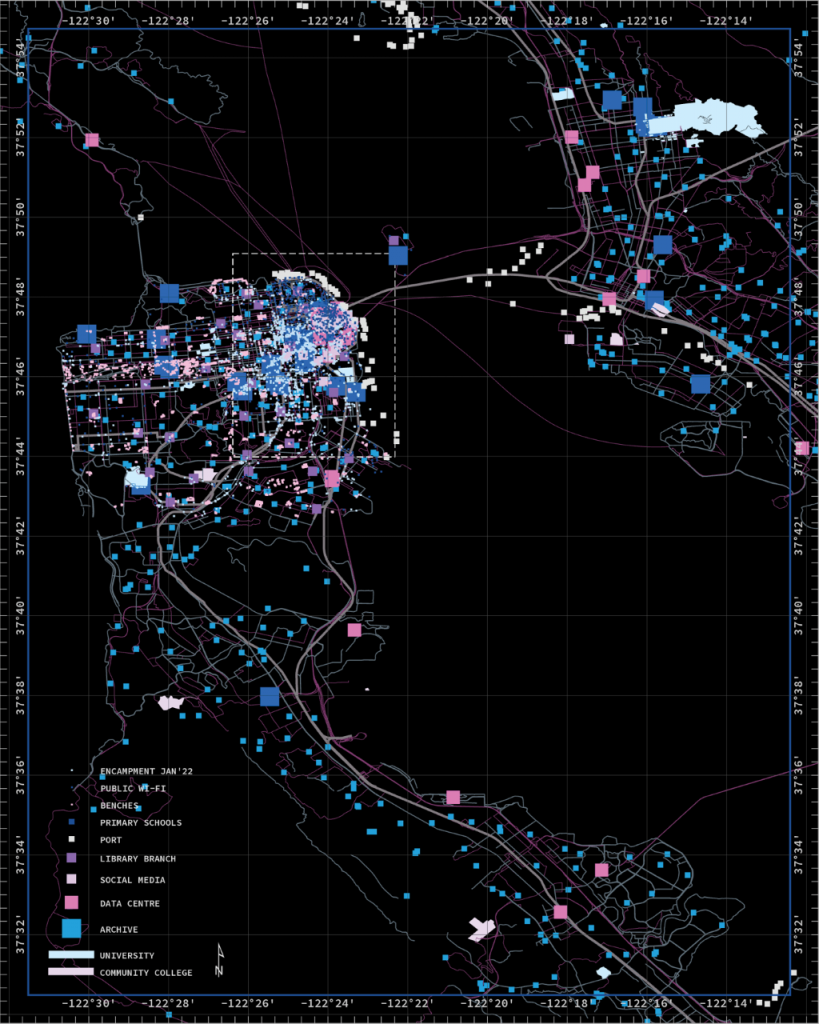