Associate Professor Ozayr Saloojee is a finalist in an international drawing competition held by AIA Dallas.

The 2022 Ken Roberts Memorial Delineation Competition (KRob) has been in operation for 48 years and receives about 400 entries a year from students and professionals from 25 countries. 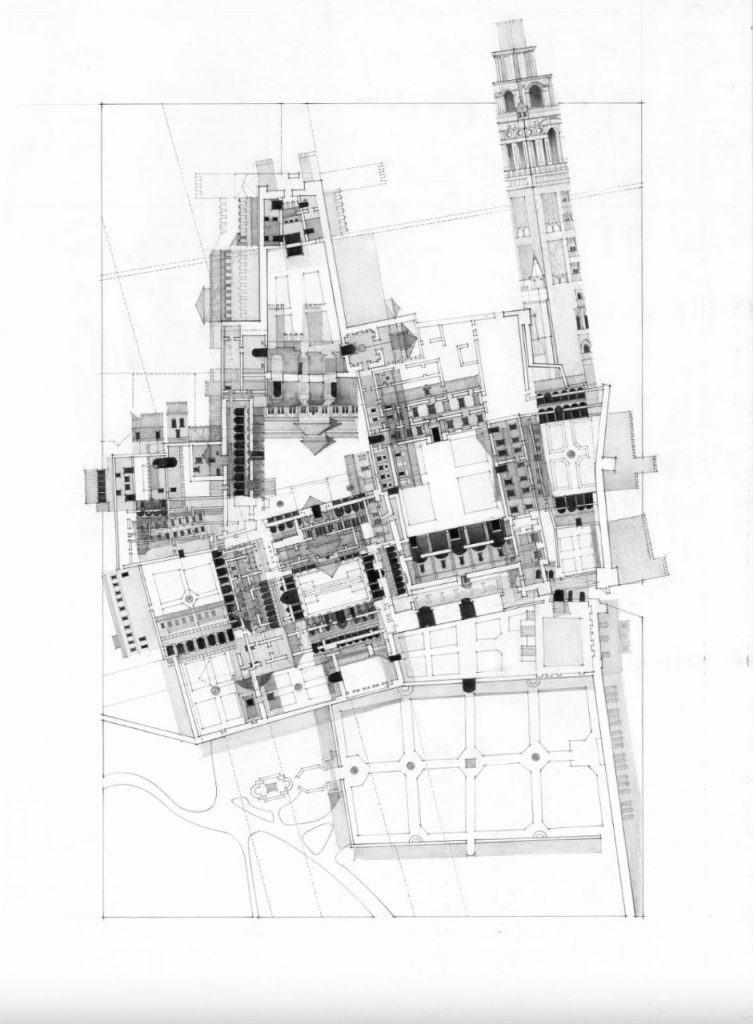 Dr. Saloojee’s submission is part of a larger research project titled An Argument for Unknowing / An Accountability of Love, which investigates drawing as “a practice of refusal.”

Rather than an interpretive whole from an assembly of fragments, this drawing “folds” down each facade of the palace’s many courtyards as an attempt to collapse its layers of history, including Roman, Moorish, Reconquista, and Mudejar, into a single field.

The drawing “seeks to question the fragmentary nature of the analytique as a western model of image-making and knowing,” says Saloojee. It is “an attempt to engage with local subjectivity, instead of universalist accessibility in drawing (and drawing-out) architecture.”

The competition is open to a variety of drawing types, including orthographic drawings, conceptual diagrams, renderings, animations, and other experimental techniques. The only requirement is that the drawing’s content be architectural or spatial.

This year’s competition produced 11 winners and 42 finalists in a variety of categories. They were announced earlier this month. 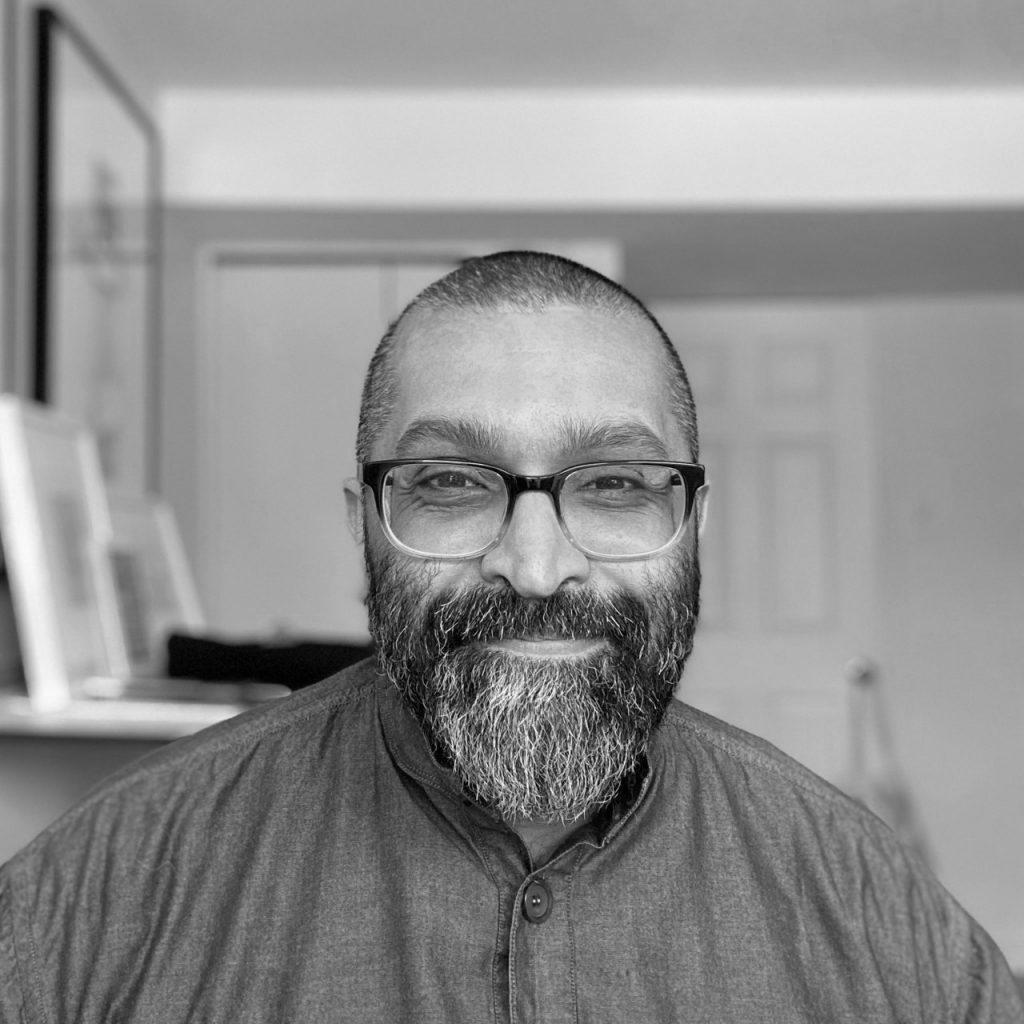 Ozayr Saloojee is an associate professor at Carleton University’s School of Architecture & Urbanism and co-director of the Carleton Urban Research Lab. He is cross appointed to the Institute for African Studies and serves as affiliate faculty to the Carleton Centre for the Study of Islam.

He is the associate editor of design for the Journal of Architectural Education and serves as affiliate faculty to the College of Interdisciplinary Sciences at Royal Roads University.

Saloojee studied at Carleton University for his undergraduate and graduate work in architecture theory and culture and earned a doctorate at the Bartlett School of Architecture in London.

His teaching and scholarship investigate questions of power, equity, and spatial politics. A design studio on the extractive landscapes of Johannesburg was awarded a 2020 Studio Prize from Architect magazine.

He has presented and published work in Canada, the United States, the United Kingdom, Turkey, Japan, and South Africa and was part of a team shortlisted to represent Canada at the 2021 Venice Architecture Biennale.