Seven master’s students have received awards in the 2022 Stantec Architecture Prize for Excellence for projects developed in the graduate Gateway Studio.

The project brief called for an urban forestry workshop in Gatineau, QC, on the site of a former paper factory along the Ottawa River. The building’s activities include the cultivation of trees, research and development, public awareness, and support for stakeholder groups.

Where We Grow – Urban Forestry Workshop 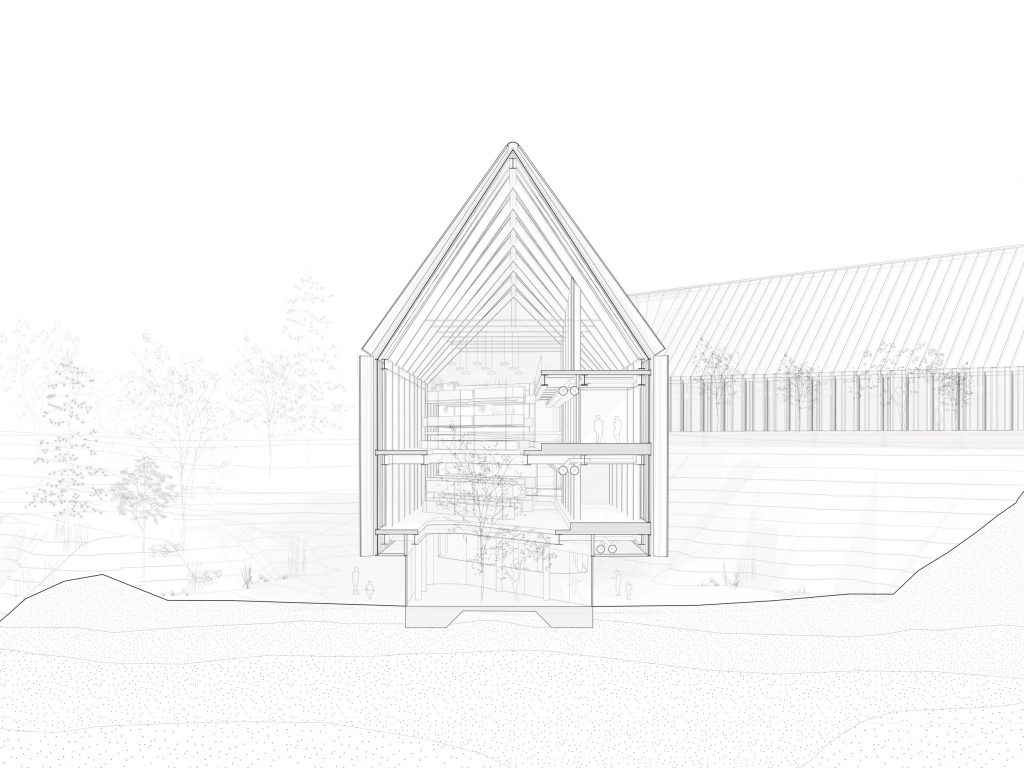 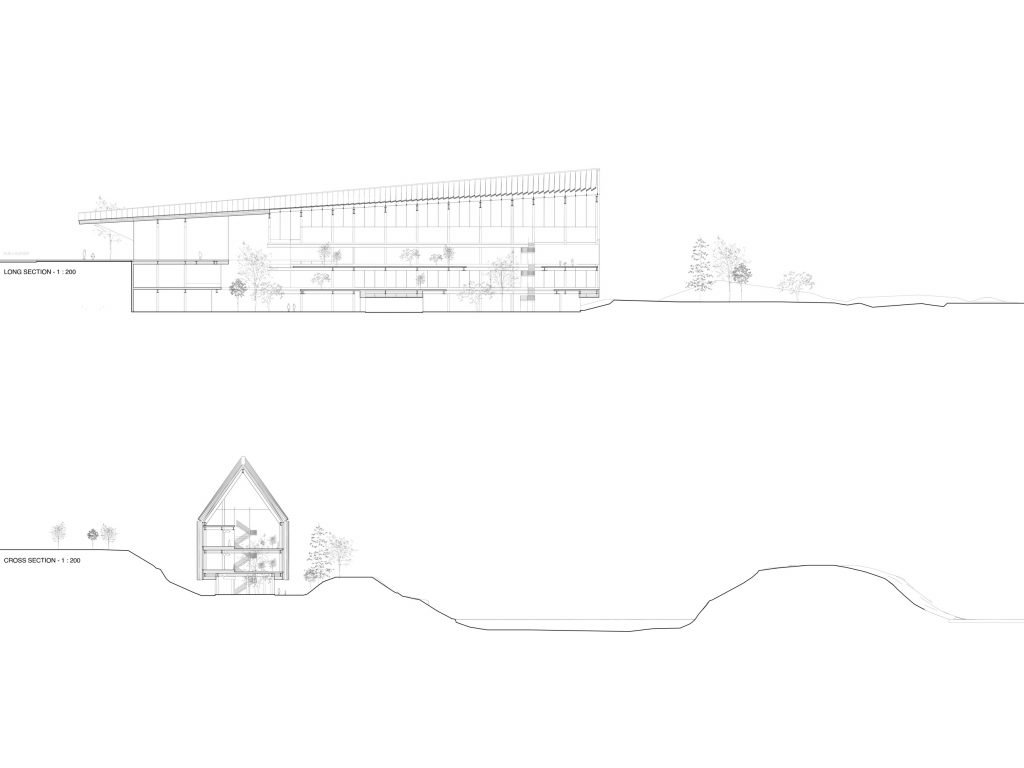 Situated along the Ottawa River, on the site of the former Domtar paper factory in Hull (Gatineau), Quebec, this project illustrates the siting and design of an urban forestry workshop. The building spans the site marking the separation between the more public (old–growth forest) and private (sapling nursery and outdoor research) spaces. The design features the traditional pitched roof of a greenhouse that extends out along the street edge, inviting the public into the building. The programmed space is divided into two masses, separating the greenhouse and research area from the public workshop and learning spaces. A series of organic voids penetrate through the greenhouse creating playful and interconnected spaces. The passage below allows users to traverse through the landscape at courtyard level and peer into these voided areas of growth. 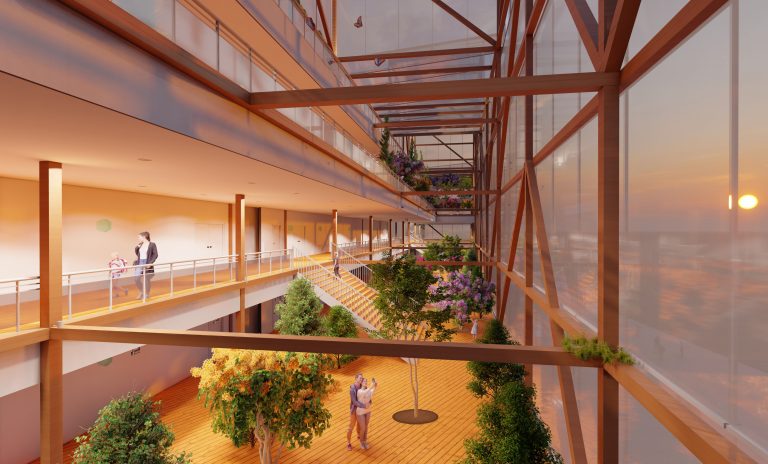 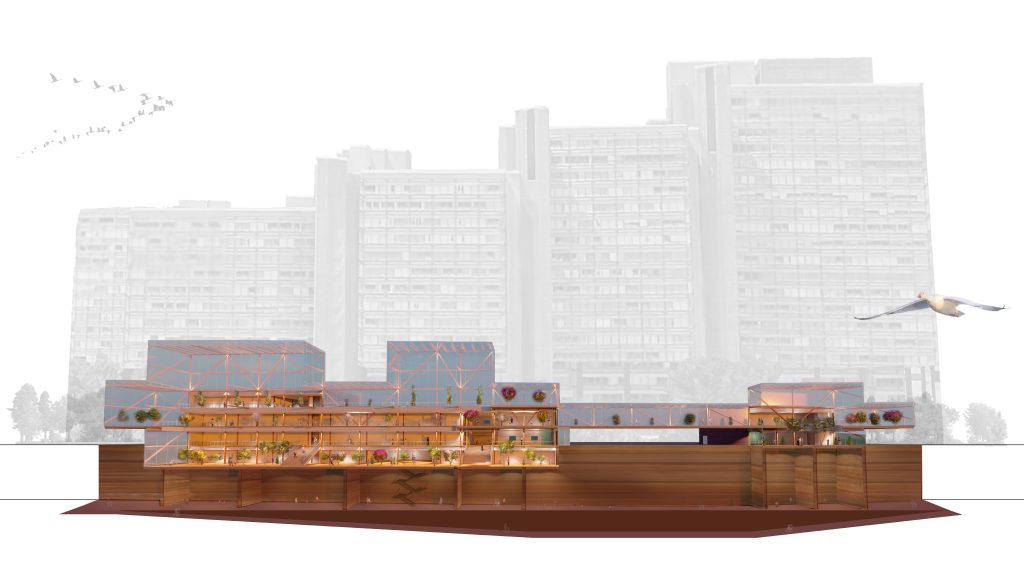 This project focuses on the lack of trees in cities and provides a solution for the problem. Tree Factory is a research facility/greenhouse subdivided into three spaces: public, private, and greenhouse. The public space acts as an educational center to teach the public about the value of trees. The private space is comprised of labs dedicated to researching trees and their relationship with cities. Lastly, the greenhouse is an open concept atrium that houses tree saplings. Once saplings reach a certain maturity, they are transplanted off–site for city-wide planting in hopes of creating healthier cities and greener spaces.

Standing up to Parliament 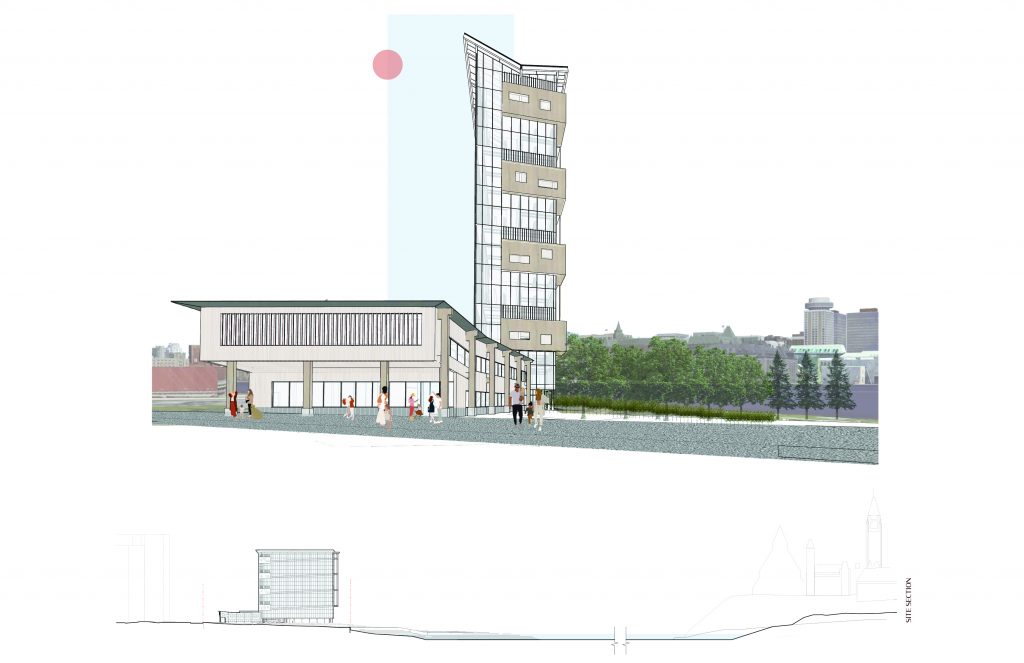 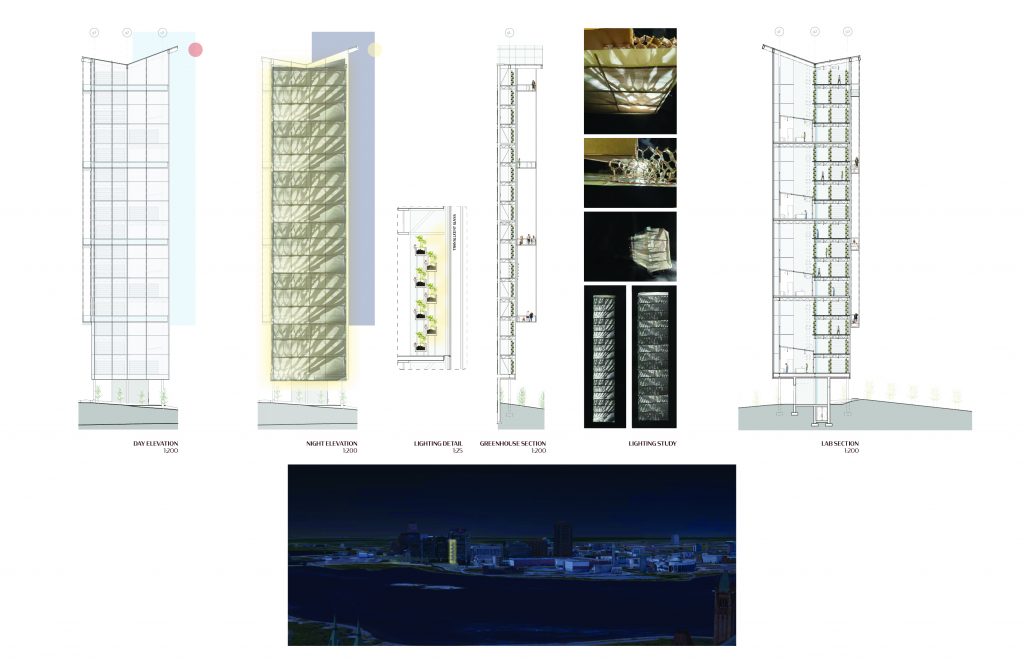 The urban forestry research centre uses its position across from Parliament to call on the government for its poor efforts to combat climate change. The research complex is comprised of a smaller structure for workshops, administration, and education, as well as a tall tower of greenhouses that grow saplings for future transplantation across the Gatineau-Ottawa area. The height of the greenhouses helps provide a counter monument to Parliament Hill. Along its western facade, the lighting system projects sapling shadows and is a beacon along the river. The facade also houses viewing platforms, which are the only place you can see Parliament from the site. 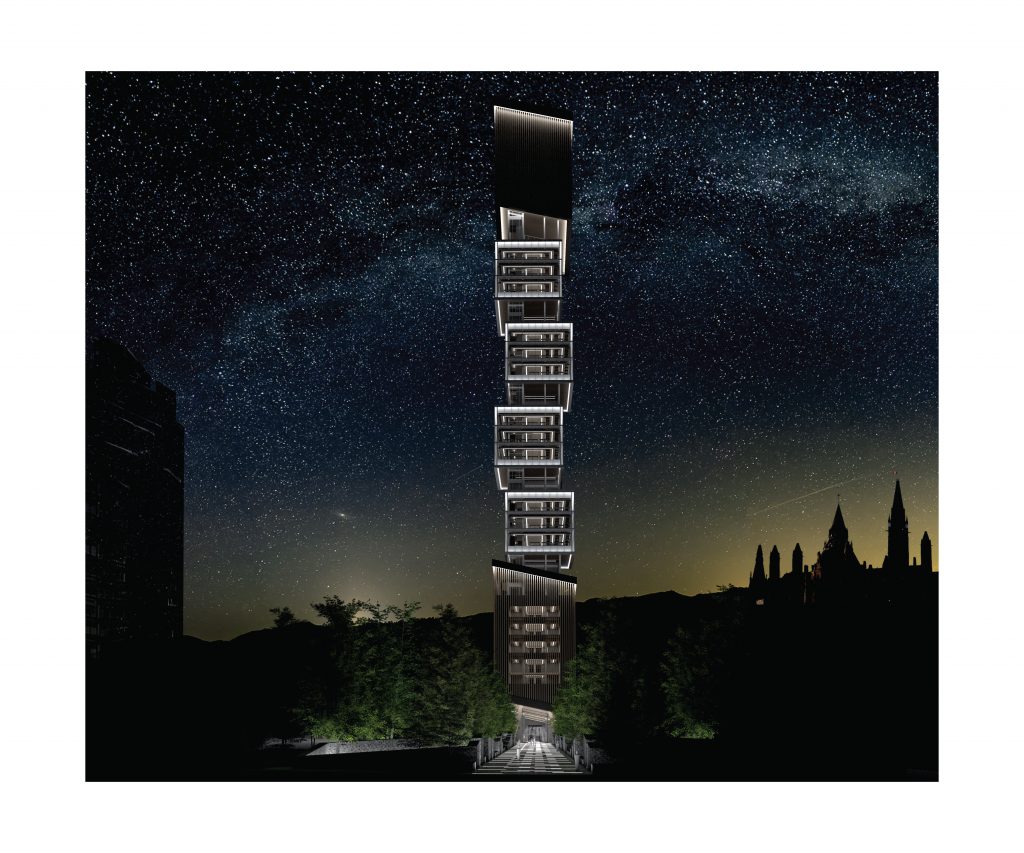 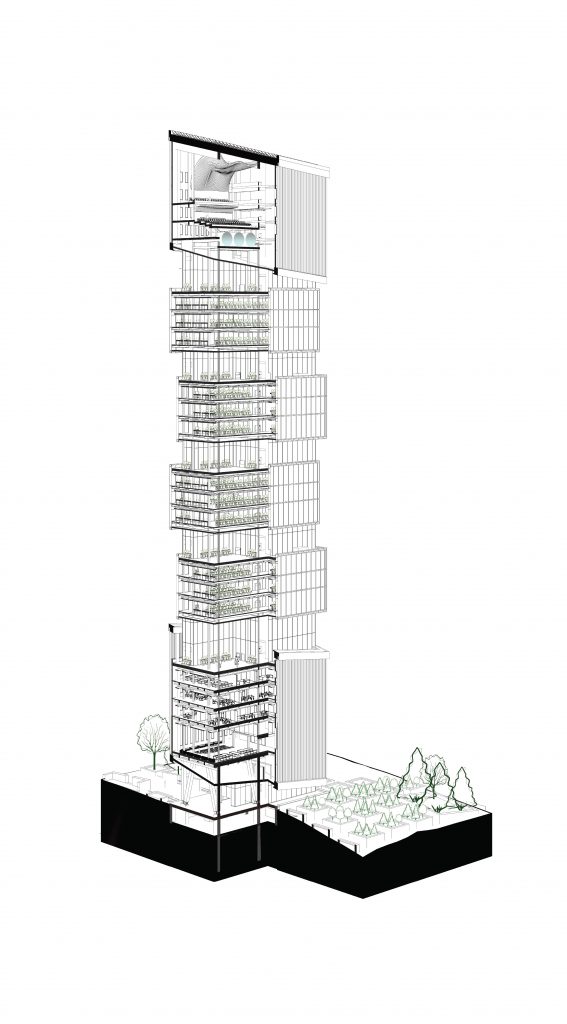 The building aims to reflect on the neighbor across the river, the Parliament building. This vertical greenhouse breaks towards the sky and surpasses the peak of the peace tower despite  the hill it is built on top. Its design is meant to showcase the greenhouses as they step upward, clad in glass and aluminum. The base, which houses administrative spaces, and the top, which is home to the lecture hall, are dressed in a wood louver facade over an insulated CLT wall. This change in materiality allows the greenhouses to feel public even from a distance, whereas the louvered walls create private realms. At night, the greenhouses become a series of dancing lanterns that shine over the Ottawa River and, when mixed with the floor-lit walkway, create a mystical walk in the woods. 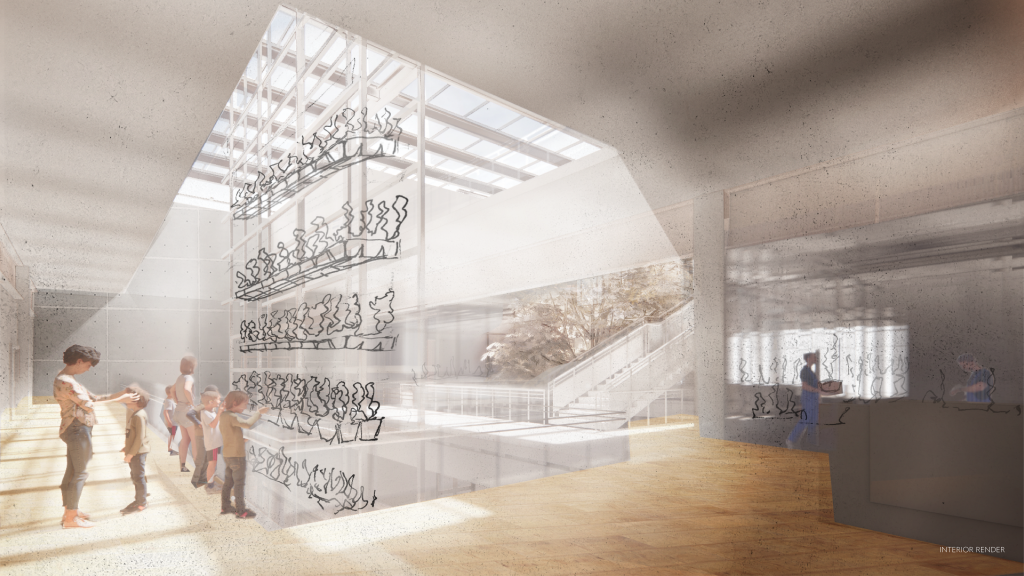 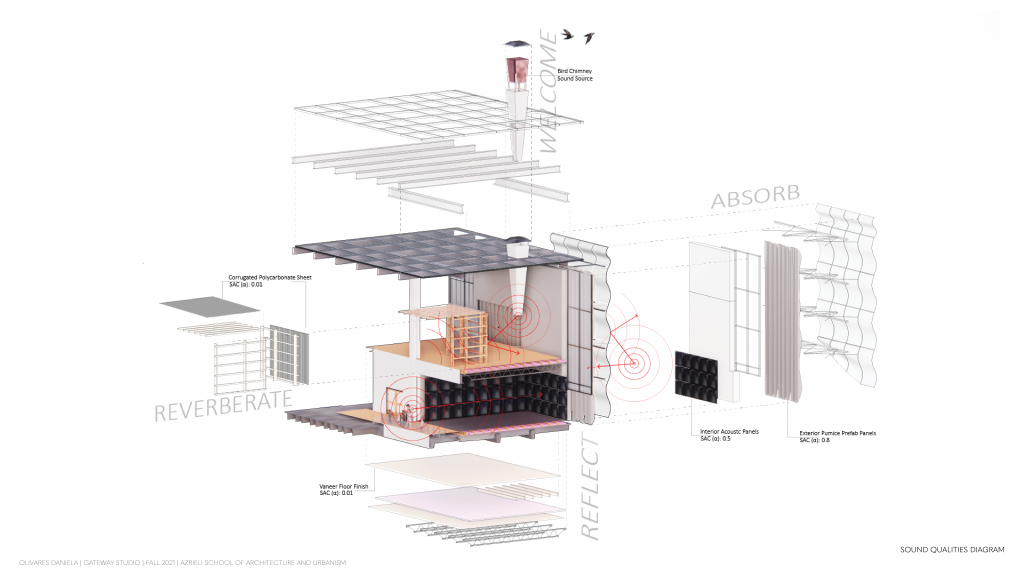 After analyzing the performative nature of both the private and public spaces, there was a need for a third realm that acted as an antithesis to the already existing ones. Euphony is a proposal that focuses on letting the individual pause and reflect on the environment, negative societal impact on it, and the efforts needed for climate crisis to be combated. The proposal focuses on soundscapes to bring visitors and inhabitants into different acoustic environments and uses light intensities as a registration of these variable acoustic environments. The envelope plays a key role as a visual registration of the program within. 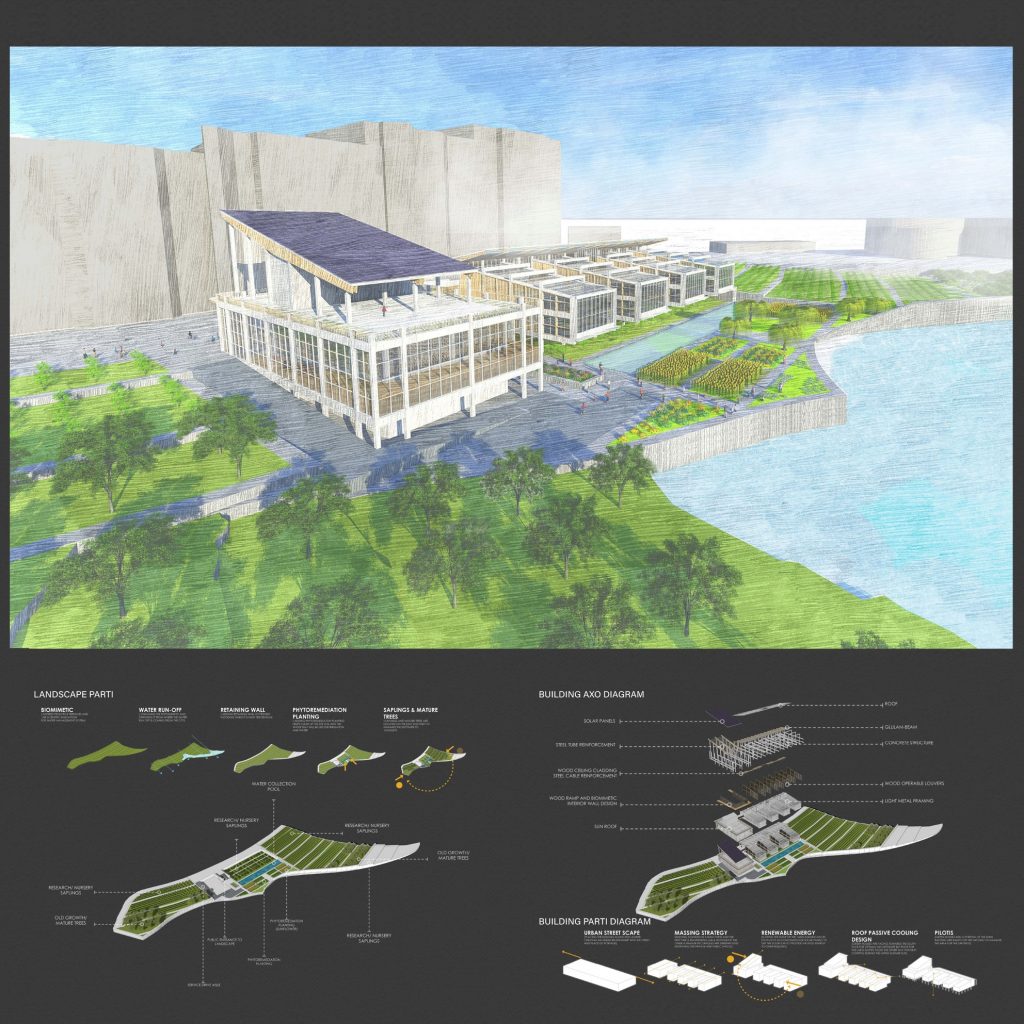 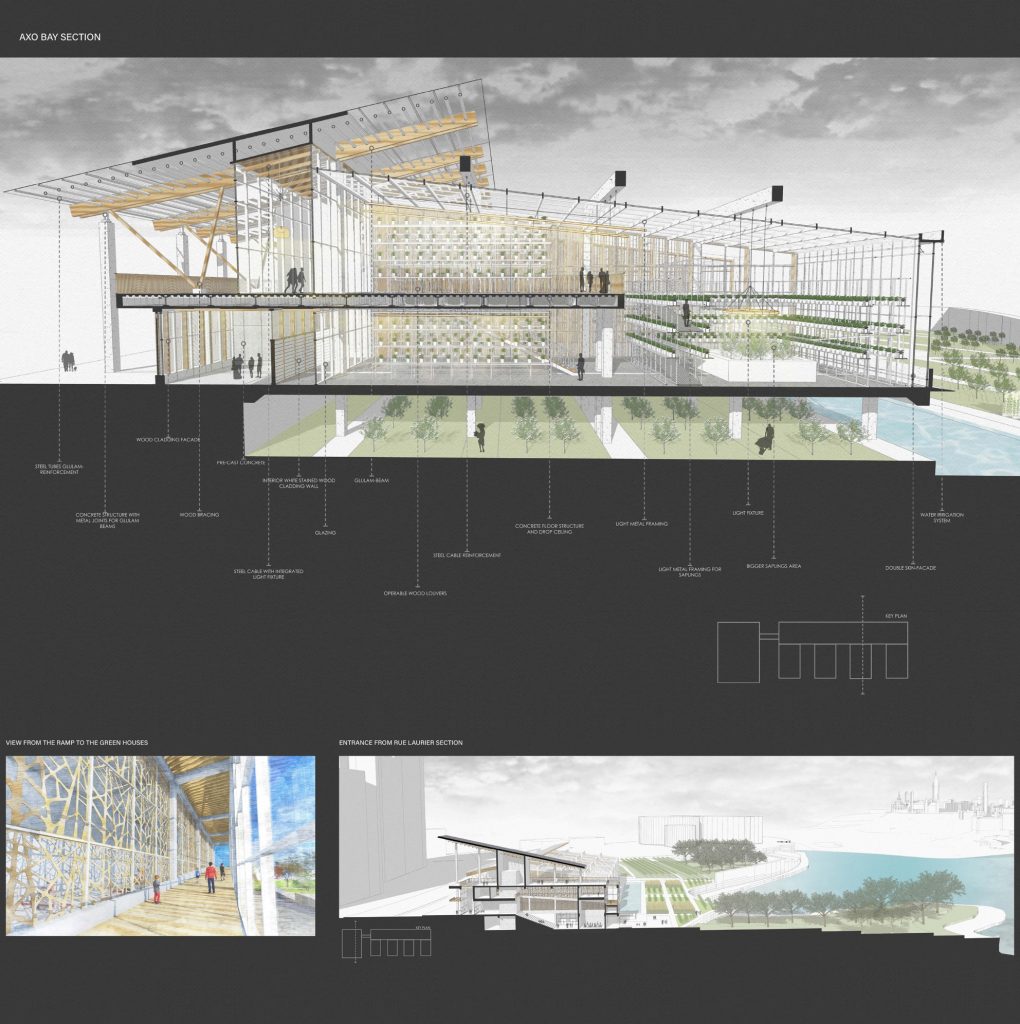 The Aanji-niigi Urban Forestry Research Centre aspires to establish a strong public link to the street by having a prominent presence. It also stresses an educational journey; as one moves up the ramp, one can look inward to observe what goes on in the engineering labs, woodshop, and greenhouses or look outward to gaze over the saplings outdoors framing the architectural monuments surrounding the site. Since the site is contaminated, the project calls for planting phytoremediation to clean up the soil. The landscape concept of this project is about biomimetics, which uses architectural intervention and technological innovations inspired by natural rice terraces. The aim is to regulate the water runoff — coming from the city, and stormwater — leaving the site, for future use, irrigation, and flood prevention. Overall, the project not only aims to celebrate the recovery journey of the land and the trees but also is an educational experience that highlights the significance of environmental design while mitigating climate change on its part.

oh, where the trees go 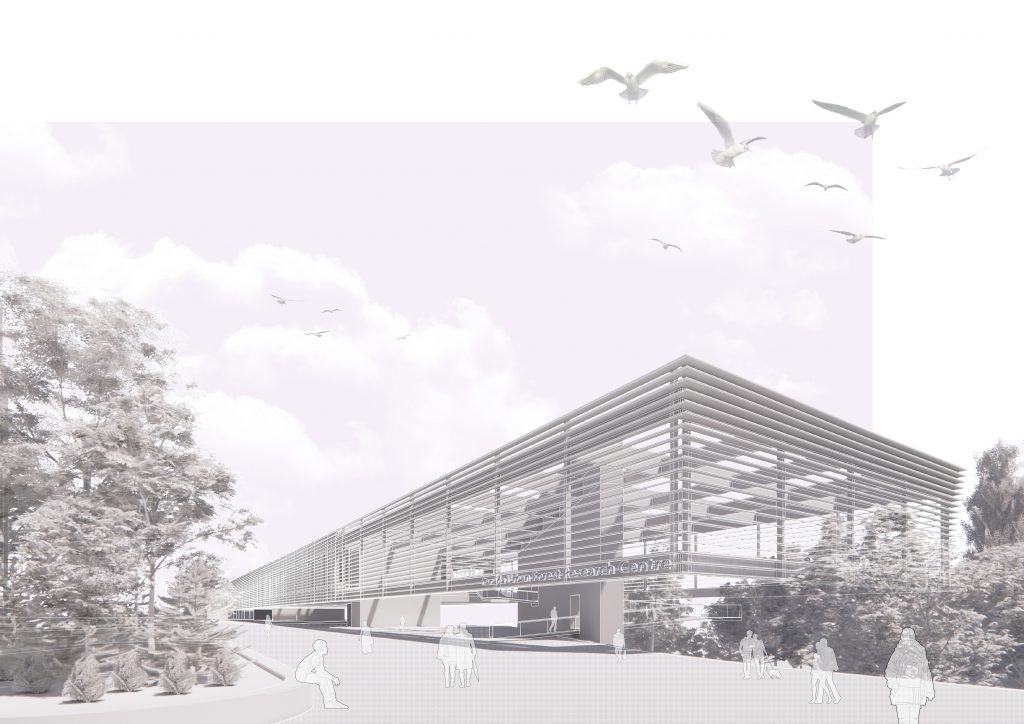 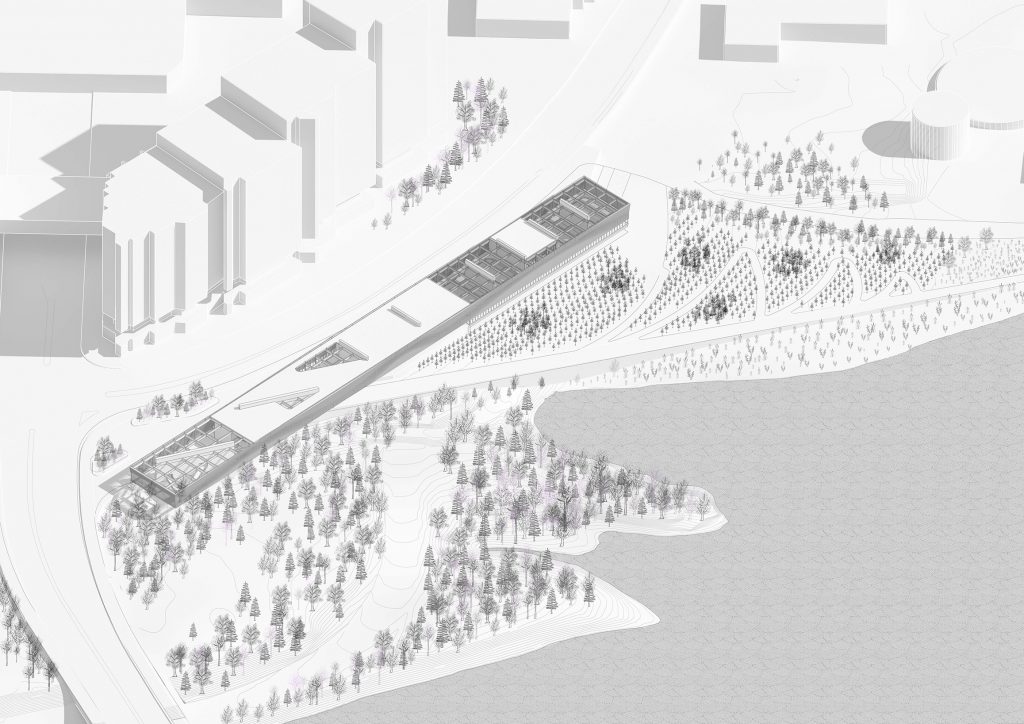 oh, where the trees go is a design proposal for a forestry research center that aims to explore our relationship with trees and determine how they fit into our society, prompting the question: “do trees live in our city, or do we live in the trees’ city”? To begin, large, rammed-earth retaining walls are anchored into the ground consecutively throughout the length of the building, embellished with a structural mass timber frame. Thus, elevating the building, opening the ground plane for greenery permeating through the core of the building. An exterior parametric louver was designed to optimize sunlight’s entry into the sapling greenhouse as well providing shading to the public gallery, discovery center, and event hall within.