Alumni: Did you design this Ottawa house addition in the 1980s?

An Ottawa couple that loves their house at 205 Island Park Drive is trying to identify the designers of a major 1980s addition — believed to be Carleton architecture students. They wish to honour them and learn what inspired their design solutions. 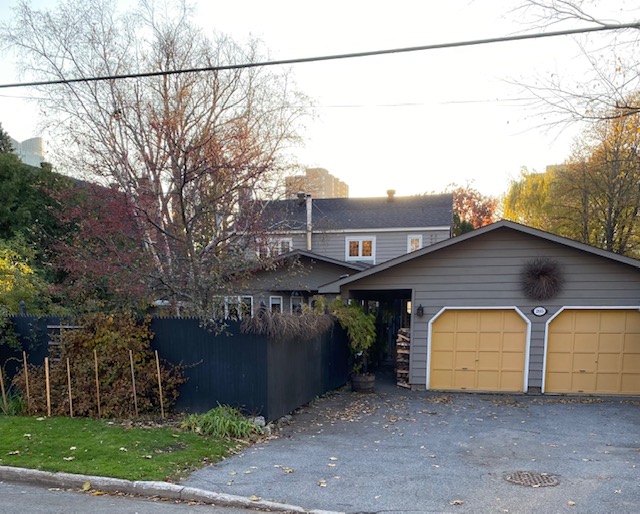 Sometime in the early-to-mid-1980s, Carleton University architecture students were involved in the design of a major addition to the west-end Ottawa house that, a decade later, became our home for the last 23 years. Or at least that’s what we’ve been led to believe.

Now we are out to pursue all channels, follow all leads, track down, identify, recognize — and quietly honour — those involved. We would like to know what inspired their thinking and the design solutions it elicited.

Perhaps unwittingly at the time, those architectural students and their instructor played a pivotal role in our present-day happiness and contentment.

Now, isn’t that — or shouldn’t that be — at least one of the goals of architectural sensibility, training, analysis, and design? 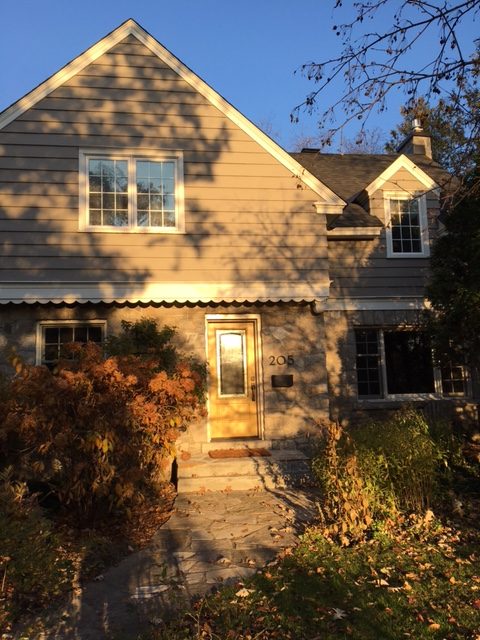 We love our home and what it has come to represent to us, our families, neighbours, and friends. And, in preparation for the 25th anniversary of our residence there, we are trying to learn and document its history as a complement to the many memories we have of our years at 205 Island Park Drive.

For sure, the property has evolved, as has the community of which it is part.

Island Park Drive is a federal parkway that, pre-Second World War, formed the far western fringe of the national capital and was dotted with only a few homes. Indeed, Island Park Drive, built and maintained by the Capital Improvement Commission (predecessor to the National Capital Commission), was semi-rural. It was lined with large elms and oaks and featured a bridle path along its eastern perimeter.

IPD, as it’s known to locals, meanders northwards toward the southern bank of the Ottawa River, the Champlain Bridge over to Quebec, and the mid-river islands that gave the road its name.

The land on which 205 IPD sits was undeveloped with large oaks and elms until the early 1940s when a builder purchased it. Erected in 1941, the house was originally a two-storey affair. It had a rugged limestone-clad first floor, a second-floor covered in feather-edge cement (similar to stucco) with gable windows, and a small stone garage on its north side. The backyard was enormous by today’s standards, with several large trees on it.

By the time the early 1980s arrived, the owners opted for expansion with a modern look. There would be a large, wrap-around addition in clapboard with lots of windows, incorporating the old, attached garage and converting it to a bedroom. The project also created another new bedroom, a four-piece bath, and a large family room across the entire width of the house.

To put this vision together in an attractive design was an assignment for Carleton school of architecture students. Or so we believe. And we want to document it.

Looking at it – living in it – almost 40 years later, we regularly learn to appreciate new things about our home, especially the 1984 addition and a subsequent 1990 semi-attached addition. It  consists of a large two-car garage exiting to Patricia Avenue.

The design details of the garage are a reflection of the house addition, inspired by the pitch of the roofs, the gray clapboard cladding, and trim. It was further complemented by a cloister-like breezeway — now covered in vines — alongside the garage connecting to the main house. We suspect the garage and breezeway were also the product of Carleton architectural design.

Can anybody out there in Carleton architecture alumni land help us connect to the good people, the students, and staff to whom we are so grateful for their contribution to the quality of life we experience in our home? 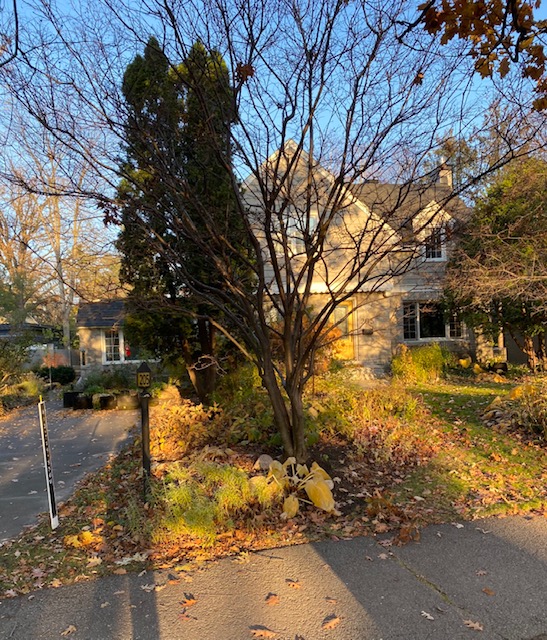 Please contact Maria Cook at mariacook3@cunet.carleton.ca if you have information about the house.