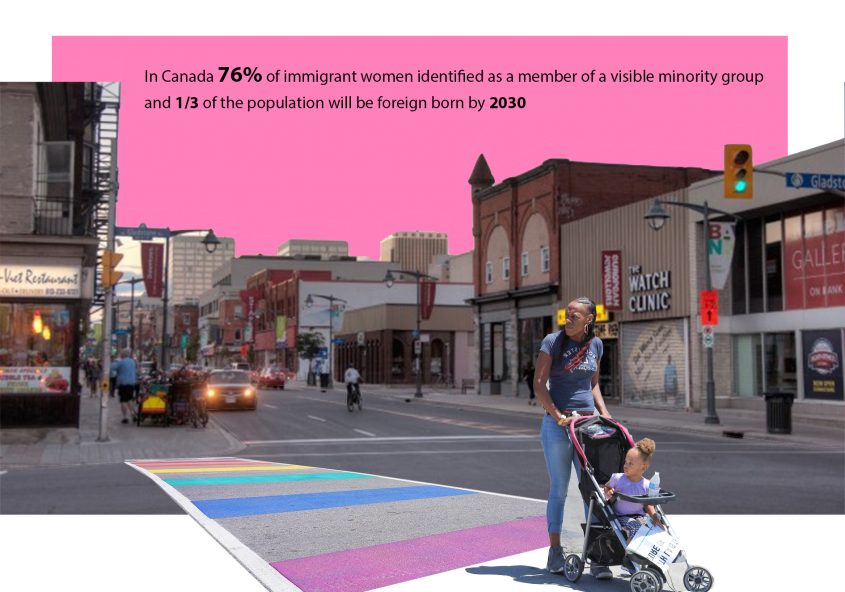 “Foreigners, and in particular, visible minorities are clearly segregated in space and frequently face a higher risk of poverty, homelessness, and violence,” she says.

The two-year grant will fund her project titled Foreign Bodies: Designing for Immigrant Women of Colour in Canadian and Chilean Cities. Funds will be provided by Carleton University and matched from the partner institution: the Housing and Urban Development Division of the Inter–American Development Bank.

The challenges of human migration and displacement form the backdrop of Escobar Castrillón’s research.

The researchers will collect data on-site and get involved with communities to investigate the spatial and systemic barriers that women migrants of visible minorities experience in Canadian and Chilean cities.

“This research will focus on immigrant women and women of colour, including Asians, African descendants, and Indigenous populations,” she says.

“We will analyze the daily routine and spatial experiences of these subjects in neighborhoods with high rates of immigrant population in Santiago de Chile and Ottawa.”

The research aims to reveal, analyze, and counter forms of discrimination embedded in urban and architectural spaces through quantitative and qualitative data collection, visualizations, and diagrammatic design proposals.

“Our project will emphasize the role of the body and daily life in relation to larger systems,” says Escobar Castrillón. “The goal is to develop a set of tools for making public space more accessible to immigrant women of colour.”

By working in both North and South America, the project aims to contribute to a multicultural dialogue that will inform a diverse range of integration tactics.

Escobar Castrillón will travel to Santiago to meet with the team at the Housing and Urban Development Division of the Inter-American Development Bank. 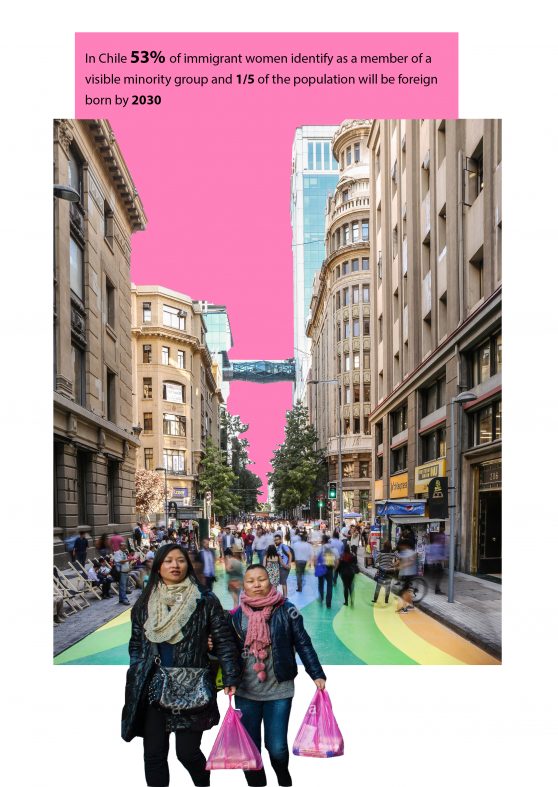 The research will be conducted in three phases.

The first phase will see researchers visit areas highly populated by immigrants and visible minorities to conduct observations, measurements, and interviews with inhabitants and local agencies. The second phase will consist of workshops, discussions, and presentations with local and international agencies. The last phase will include the publication of an article and development of a design toolkit for spatial inclusion.

Human migration and displacement have become one of the greatest challenges of our time. Our cities are becoming increasingly diverse but not more inclusive. Over 80 percent of the Canadian population lives in cities, and according to the 2016 Census, one-fifth of Canada’s total population is foreign-born.

According to Statistics Canada, nearly one-third of Canada’s population will be foreign-born by 2036, and 76 percent of immigrant women belong to a visible minority. In the last decade, this population has settled in the suburbs, generating isolated ethnic enclaves.

In Chile, over 87 percent of the population lives in cities. Population projections show that one-fifth of the population will be foreign-born by 2030, and according to the International Work Organization, 52.6 percent are women from visible minorities.

The Inter-American Development Bank is a non-profit organization that provides financial and technical support to countries working to reduce poverty and inequality.