“I felt it was so important for students to get a real feel for how things go together full-scale. I wanted them to become familiar with the materials – the physical nature of architecture. How much things weigh. What tolerances there are with different materials.”

Lucie Fontein, who retired last year as an associate professor, is reflecting on a 28-year career at Carleton University’s architecture school and the first studio she led in 1991.

She had directed her fourth-year class to build a wood-frame structure, about 8 x 12-feet in size, with rough openings for seven different doors. “I took the students to visit a carpenter who showed them how to hang a door,” she recalls. “To get a door to open and close and latch is not an easy thing to do.” In pairs, the students were then asked to hang their selected door and transform it, with the intention of revealing something about the construction and experience of going through a doorway. 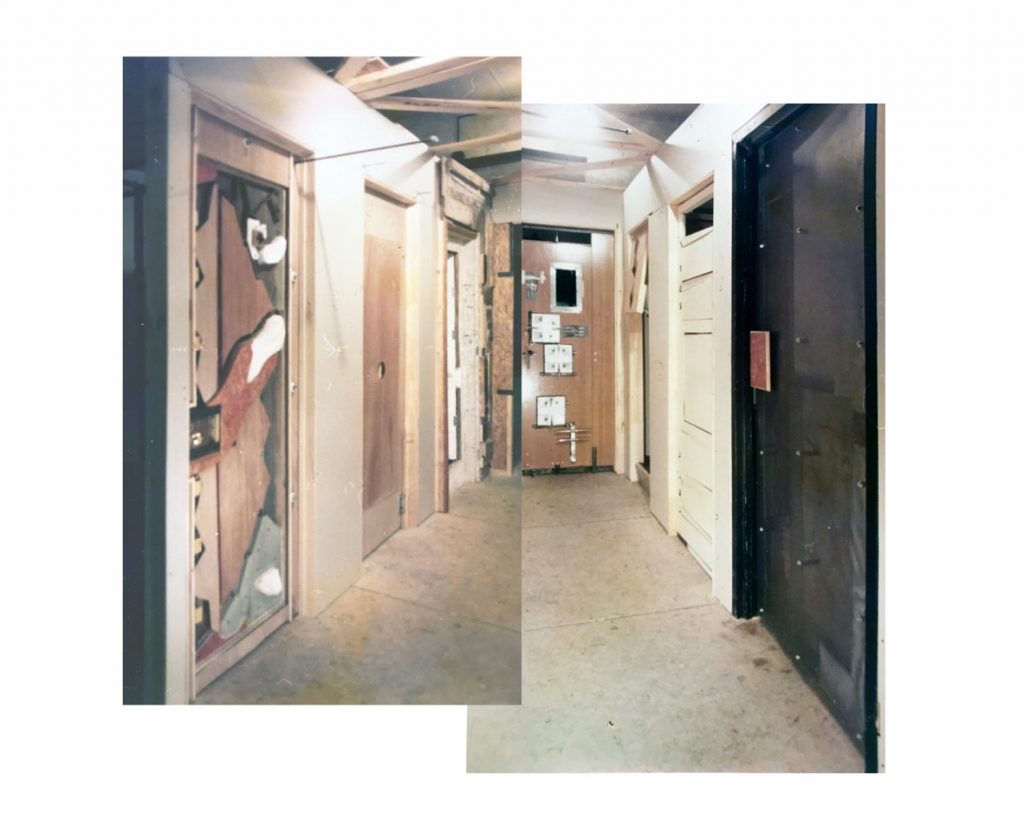 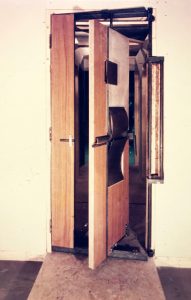 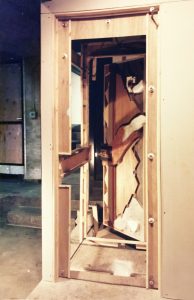 The 1991 door project stood in the centre of the school’s upper street.

A practicing architect throughout her teaching career (with 16 new houses and numerous renovations to her name), Lucie instilled in students a respect for trades and craftspeople. She brought expertise in lighting and acoustics to the school and was also the resident authority on its beloved Architecture Building. 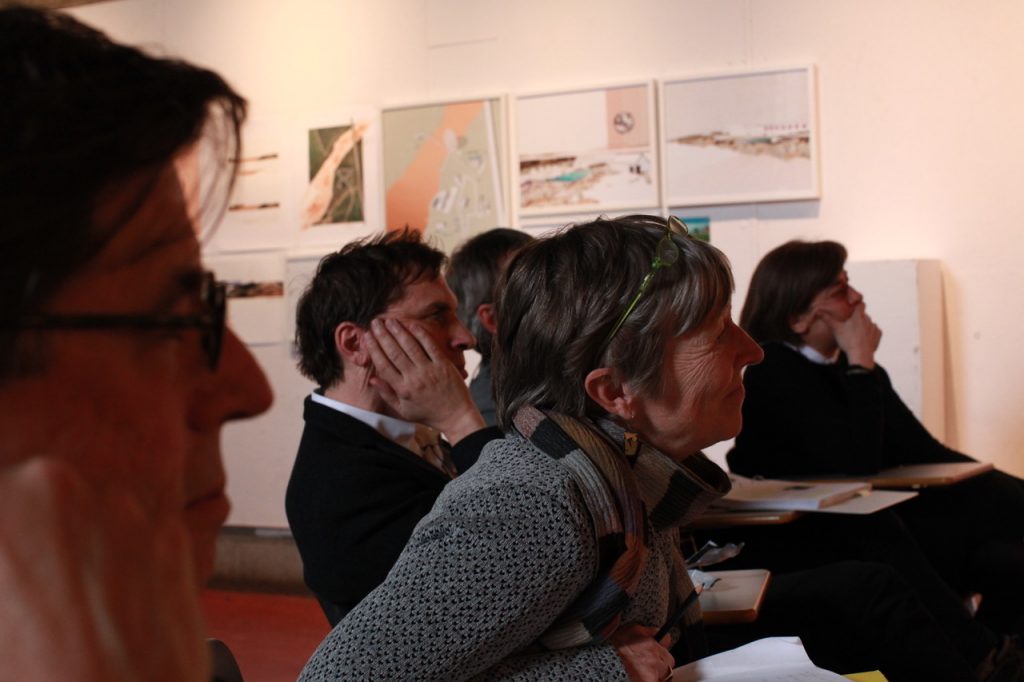 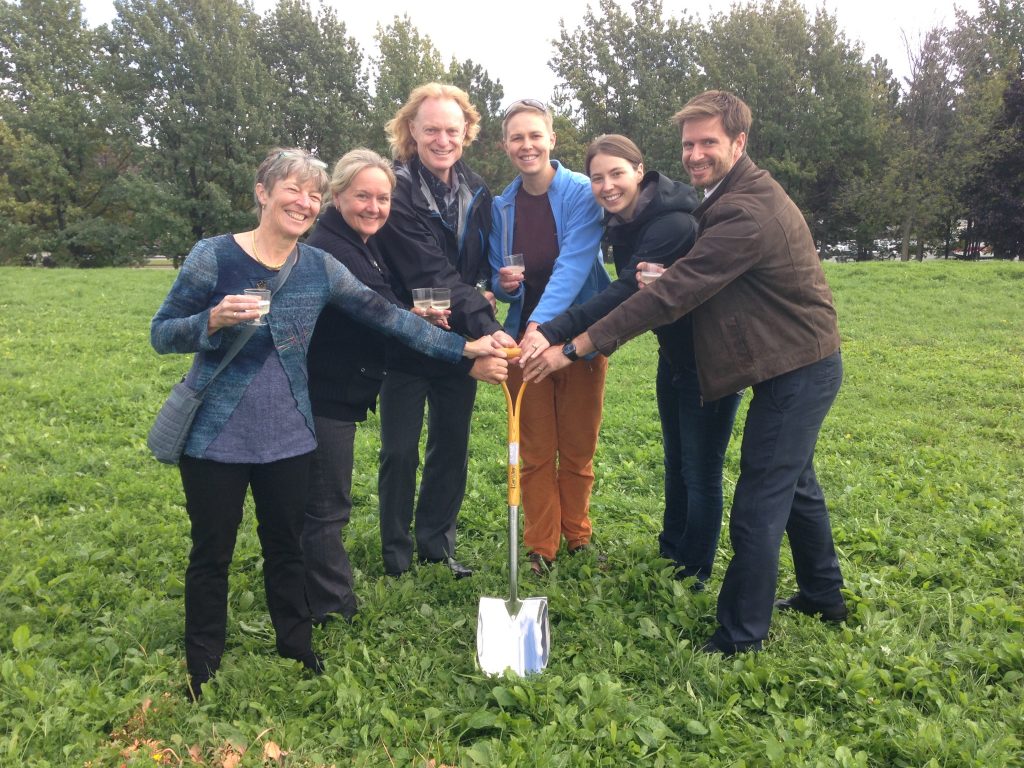 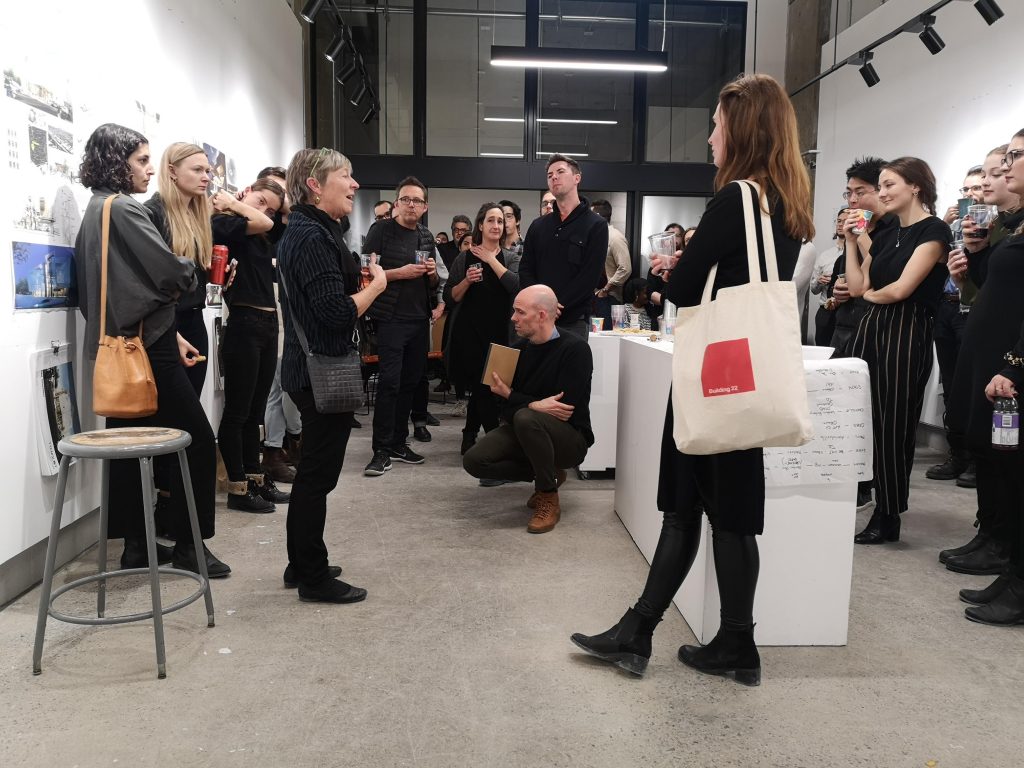 Lucie was born and raised in Montreal, one of four children of Jacobus Fontein, a post-war Dutch immigrant who became a banker, and Rosina McCarthy, a photography researcher at the McCord Museum. “I was building with wooden blocks when I was three years old,” says Lucie, who turns 65 in April. “My mother looked and said, ‘She’s going to be an architect.’ I never thought of being anything else.”

Lucie obtained her professional architecture degree at the University of Toronto in 1979. “I pretty much loved every minute of architecture school, except maybe for crits. They were intimidating and scary. Back when I was in school, half of first-year failed.” She remembers a lecture given by Peter Prangnell, the school director, titled “Friendly Objects.” He described human-scale building elements, such as ledges, steps, and curbs that enable and encourage interaction between people. 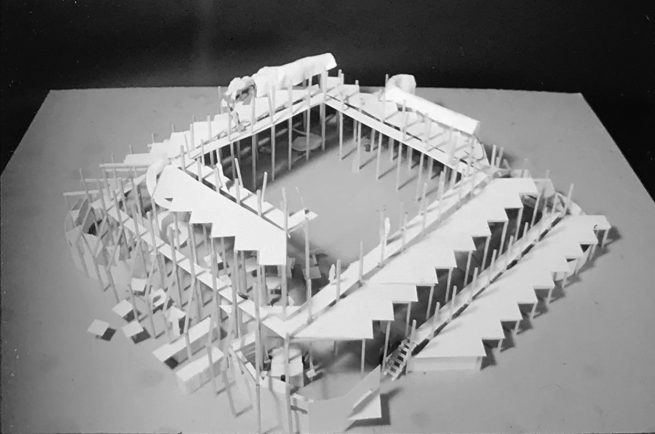 Lucie’s Summerplace” project from first-year architecture School in 1974 when she had Carmen Corneil as her professor.  The project asked for the design of a retreat for the 72 members of the class.

After graduation, Lucie worked briefly at an architecture firm in Switzerland and did a summer of art classes in Siena, Italy. An invitation by her former thesis advisor, Alberto Perez-Gomez, (by then at Syracuse University) to work on a campus project for Mexico City brought her back to North America.

Upon completion of that project, Lucie returned to Montreal, where she got a job in 1981 with Le Groupe ARCOP. For three years, she worked on Maison Alcan, a corporate headquarters which integrated new construction with renovated historical buildings. The architecture team for the project was housed on-site, in one of the old buildings. “We would be sitting at our drafting tables, and we’d hear ‘beep beep beep,’ and we would put down our pens and wait for the explosion as they dug the hole for the foundations of the new building.”

The team of architects for the existing buildings, all women, were led by architect Julia Gersovitz. They climbed ladders and wore hard hats and steel-toed boots. “It was an amazing experience,” says Lucie. “We were working with so many trades, like plasterers and woodcarvers. I loved working with the contractors. You can learn so much from them. One of the things I brought to my teaching was excitement in dealing with all the different people in a team.” 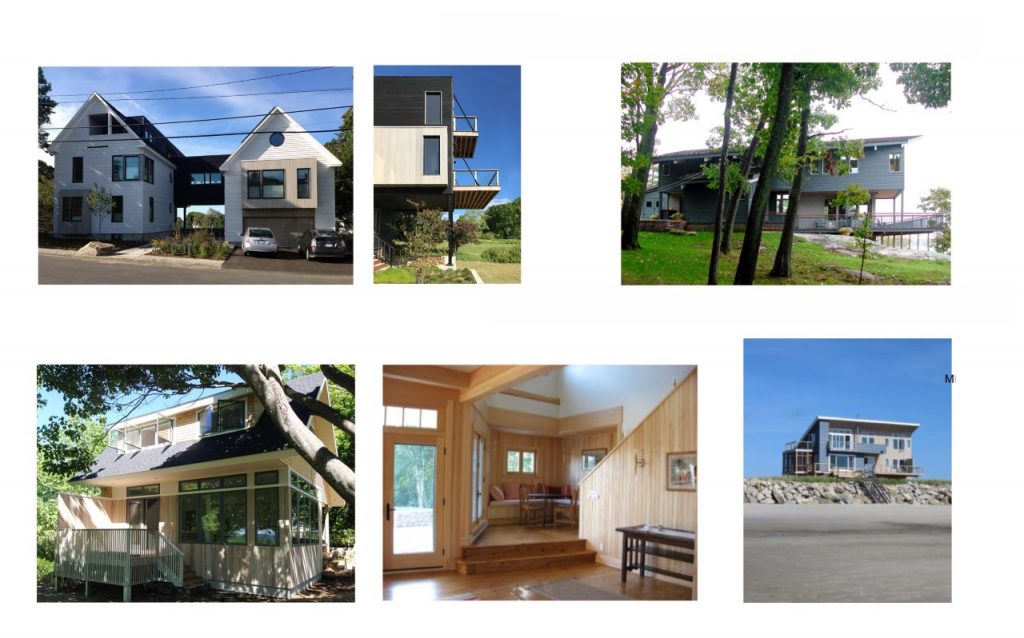 In 1987, following stints at Peter Rose Architects and Fischer Gersovitz Moss Architects, Lucie embarked on a post-professional master’s degree at McGill University, where Perez-Gomez had started a program in architectural history and theory. “Alberto introduced a whole other dimension to my education by framing current architectural practice within the larger arc of history.”

The program began two months after the birth of her son, Patrick. She submitted her thesis: A Dialogue with Giambattista Vico Concerning the Poetic Nature of Architecture, three years later, when her daughter, Sara, was two. In retrospect, Lucie feels that the combination of the down-to-earth quality of being a new mother with the rarefied atmosphere of the Rare Books Room at McGill enhanced the experience of each.

During this time, Lucie shared a study space with Lily Chi, an alumna of Carleton and now an associate professor at Cornell University, who told her about a job opening at Carleton and suggested she apply. “I had never thought about teaching. Lily planted the idea in my head.” While Lucie didn’t get the full-time position, she was offered a sessional position to teach studio in 1991. “That was the beginning of my teaching career.”

The following year, there was an unexpected vacancy in mid-semester. School Director Benjamin Gianni asked Lucie to step in and teach a course on environmental controls. “I didn’t know anything about environmental controls, but I said ‘sure.’ I’d never lectured in my life. I pity those students. I was about a week ahead of them!”

After taking an intensive lighting course given by the Illuminating Engineering Society of North America the following summer, Lucie helped to restructure that portion of the technology curriculum to focus on the design of lighting and acoustics. At the same time, she taught lighting at McGill and Cornell for one semester. 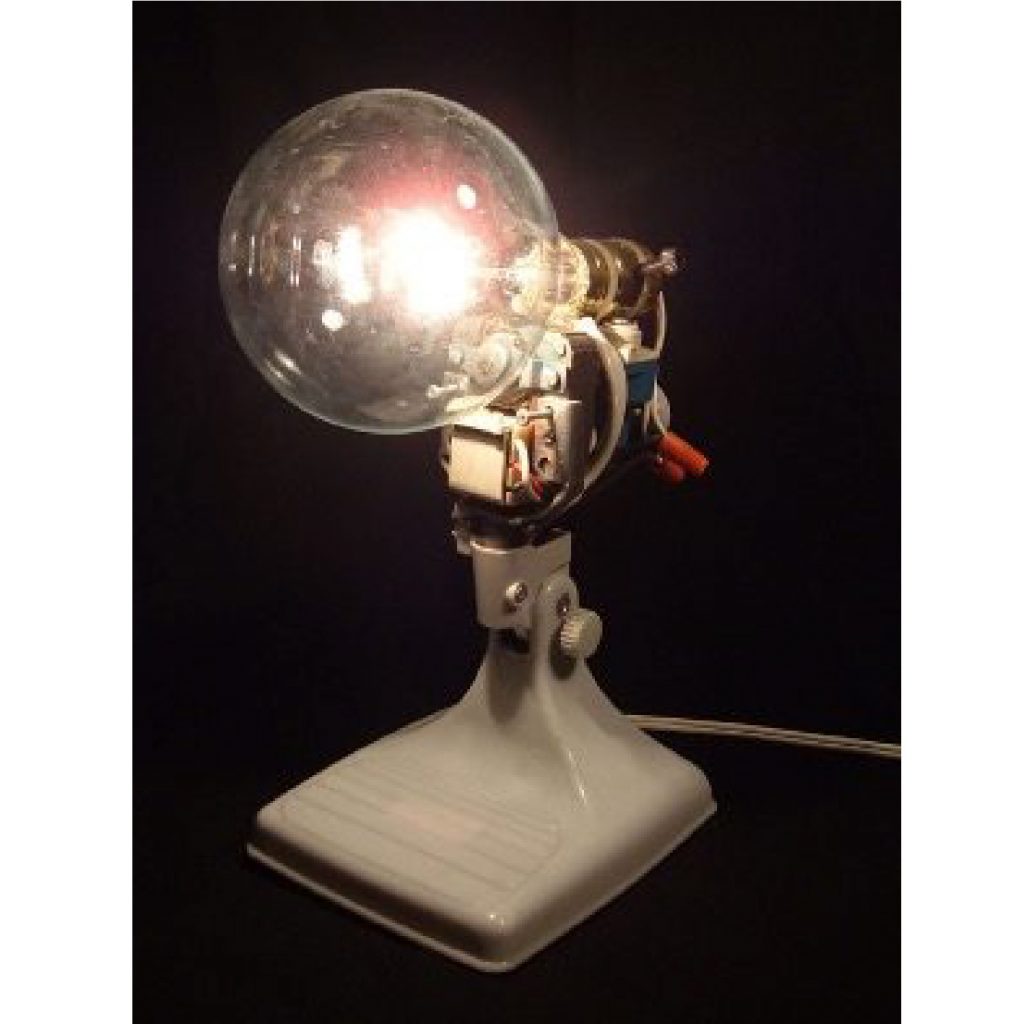 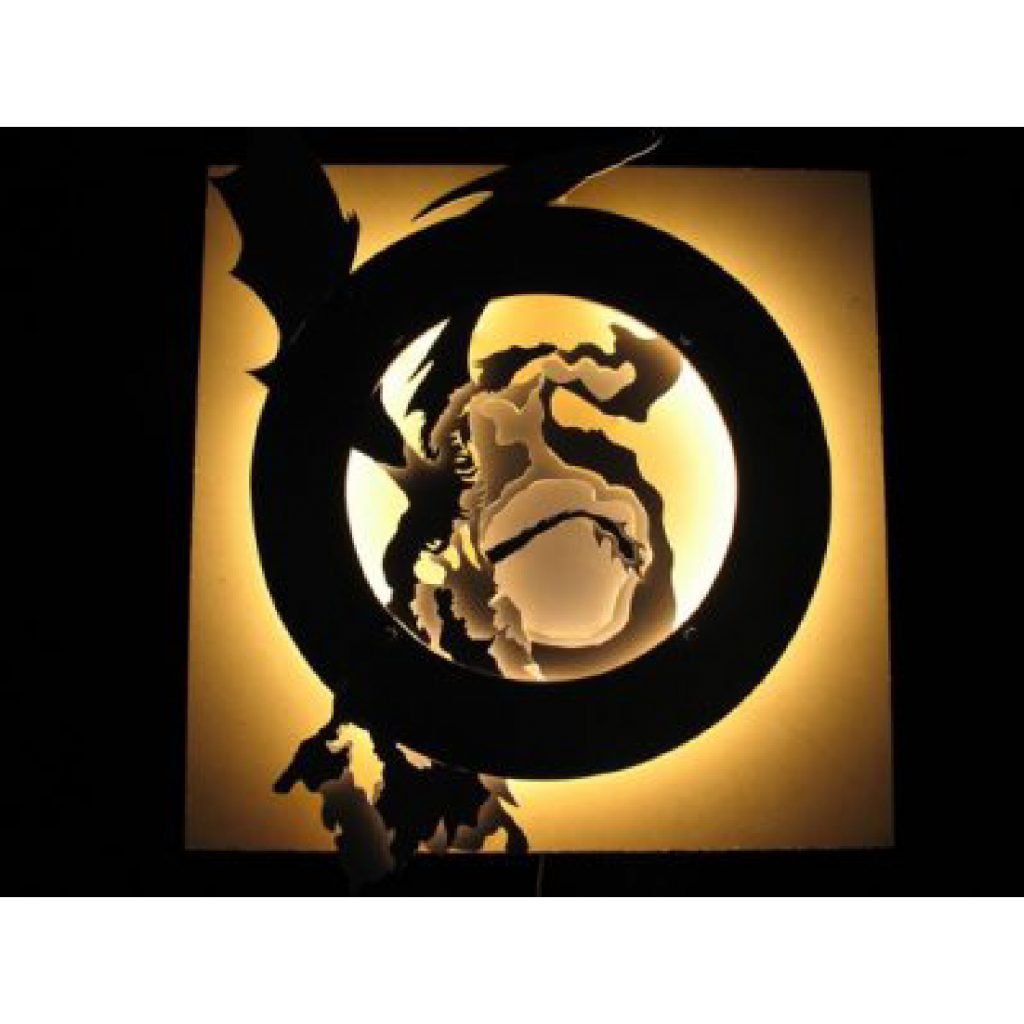 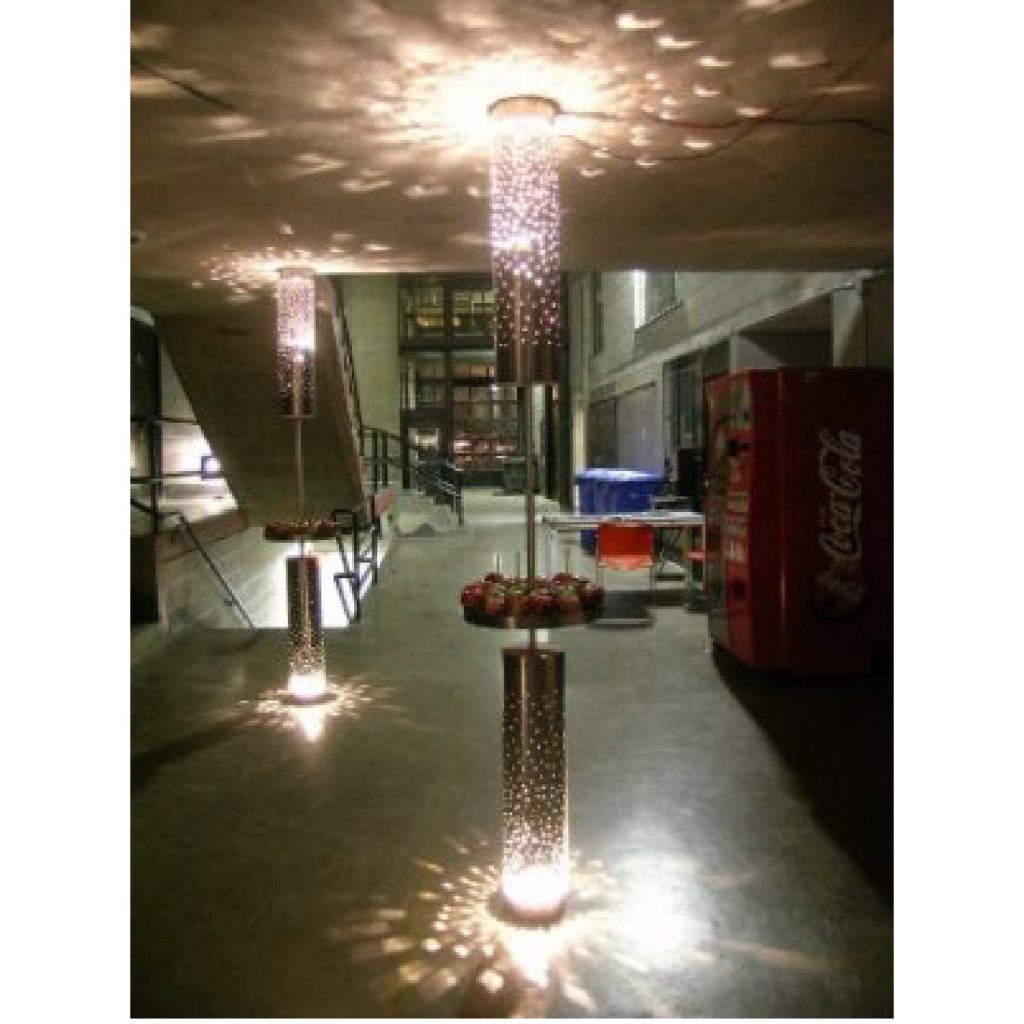 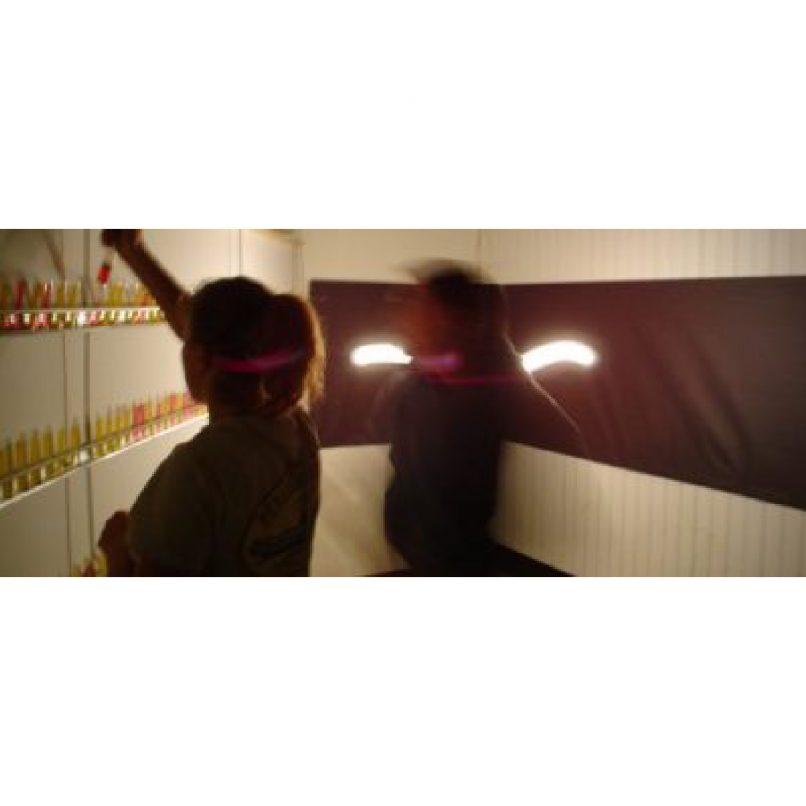 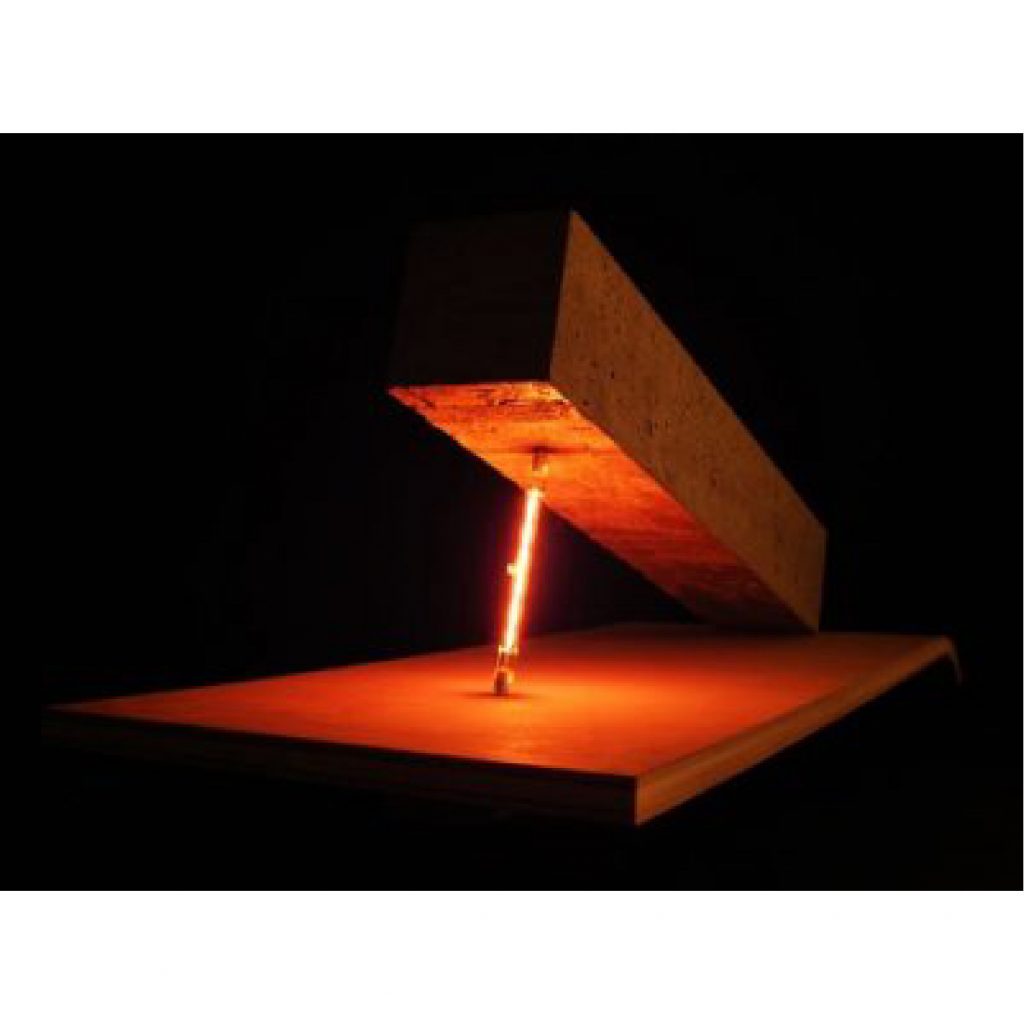 This experience led to a tenure track position at Carleton in 1996 as an assistant professor. In 2000, she was promoted to associate professor. “She has the remarkable ability to be both fundamentally grounded and open to the most conceptual ideas,” says Gianni.

Lucie continued to give students opportunities for hands-on experience with materials and working in full-scale. She inaugurated the popular “Dinner is Served” design-build studio, which she spearheaded for many years. 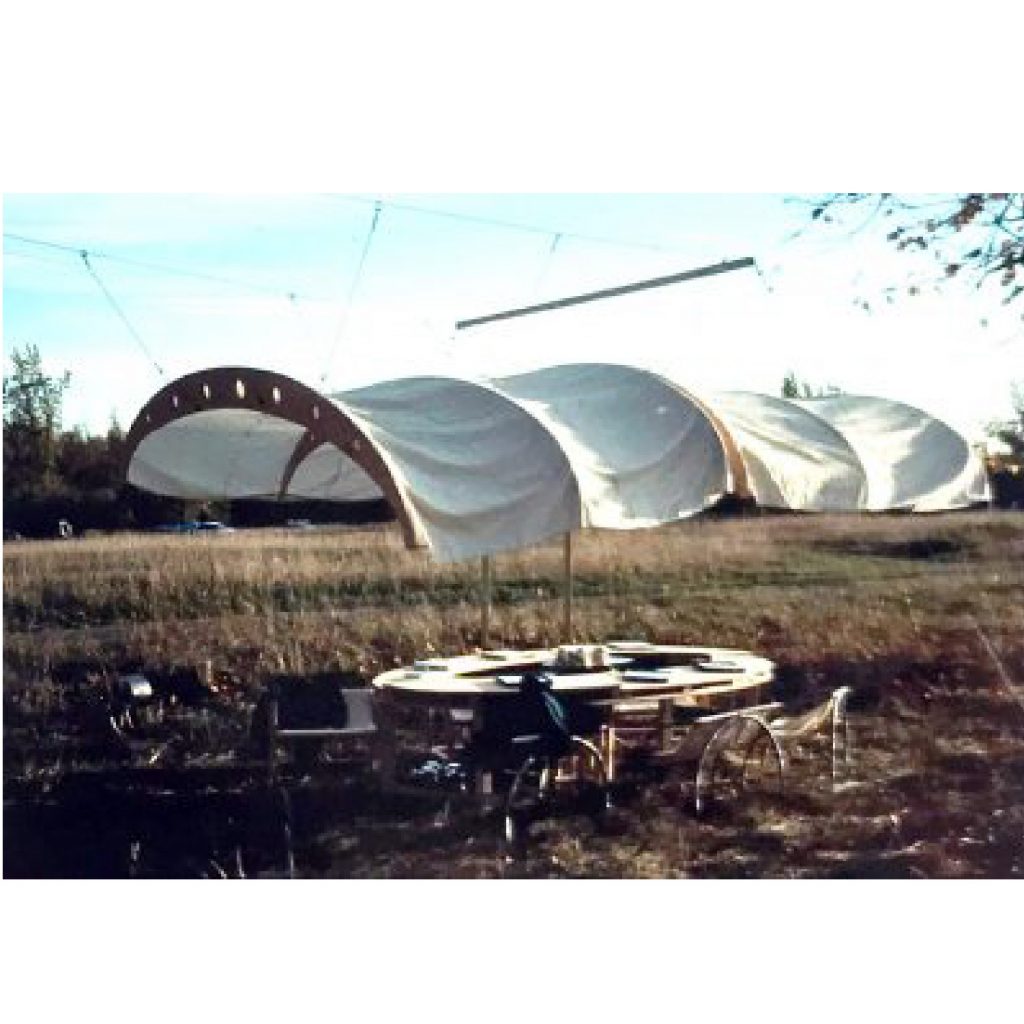 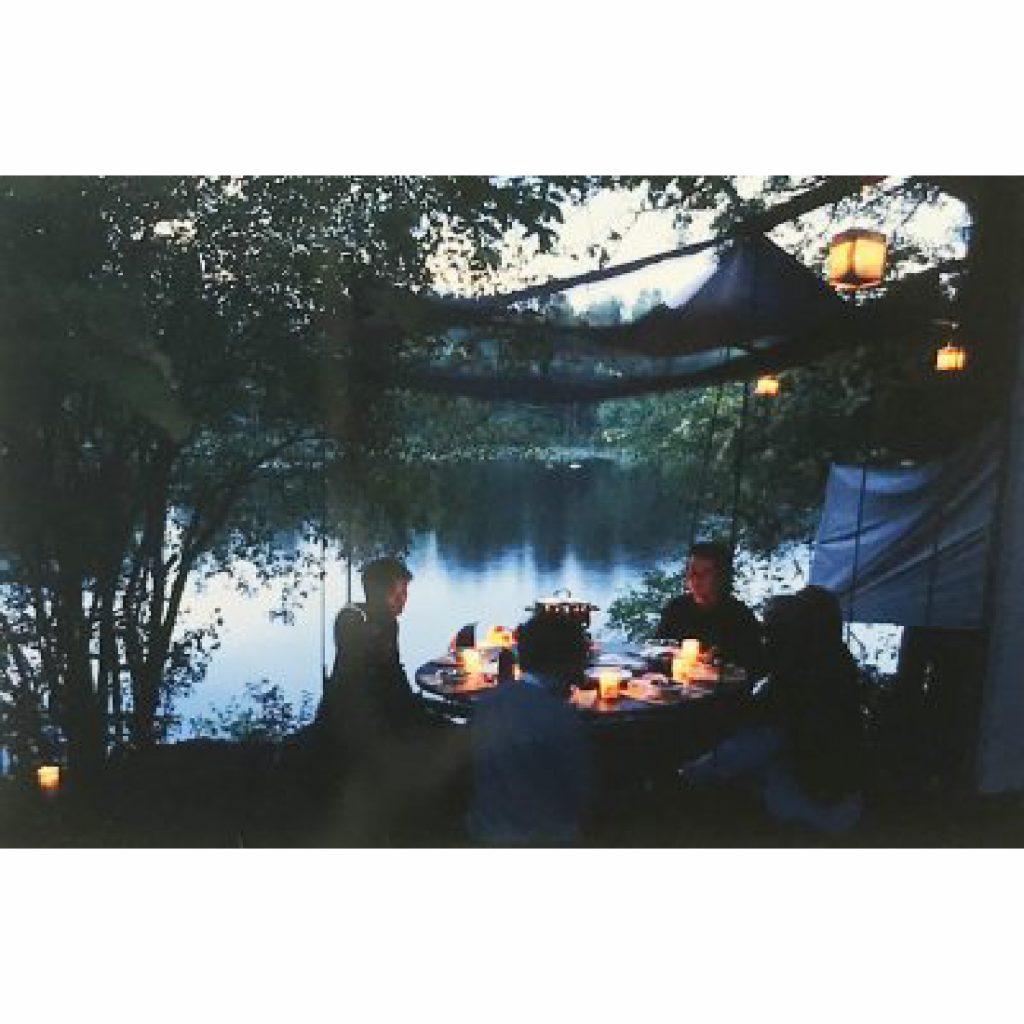 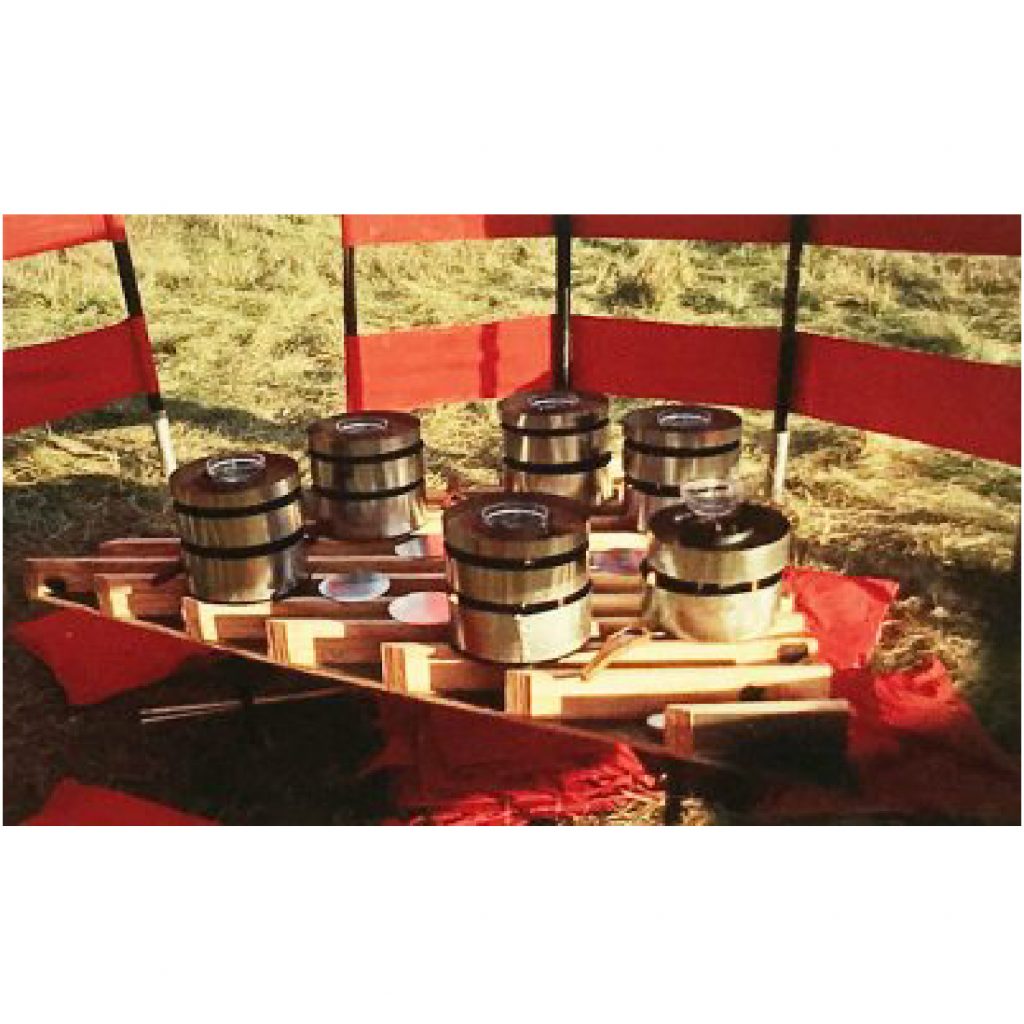 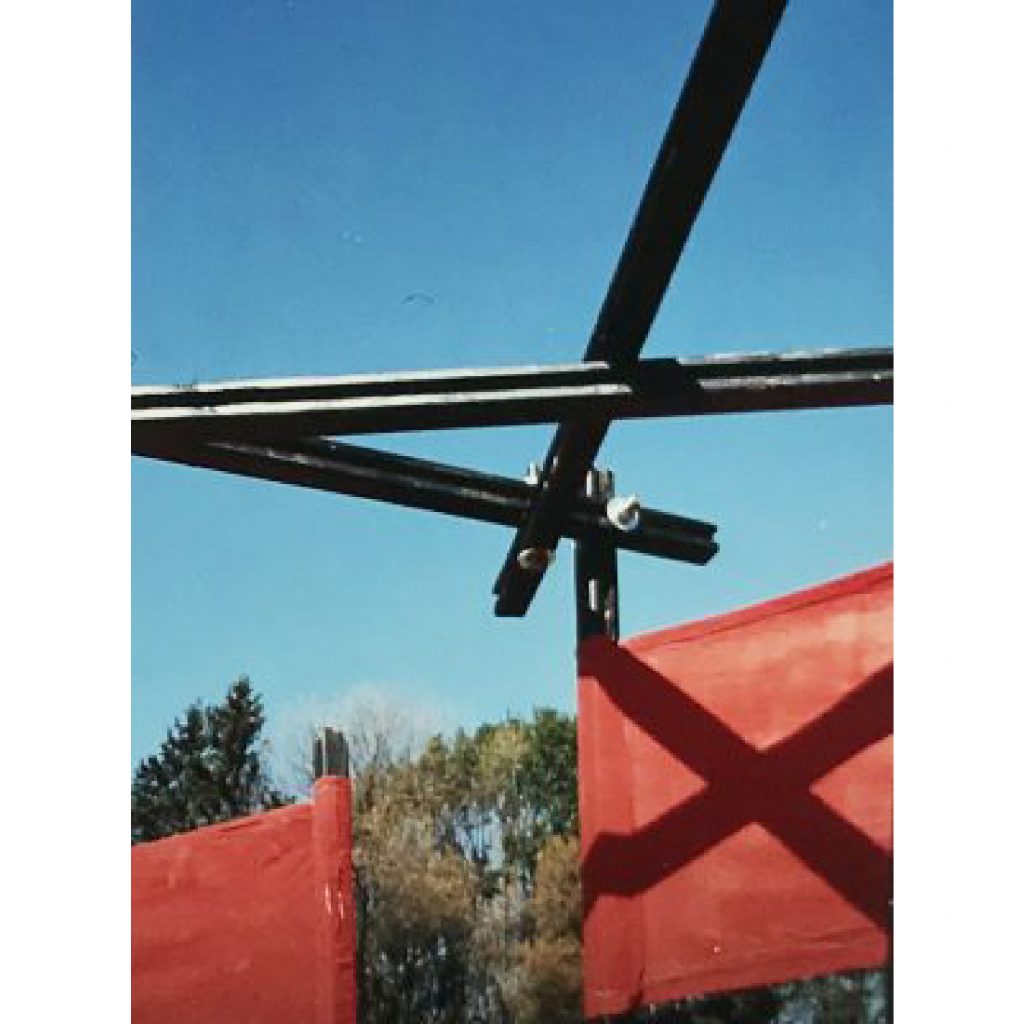 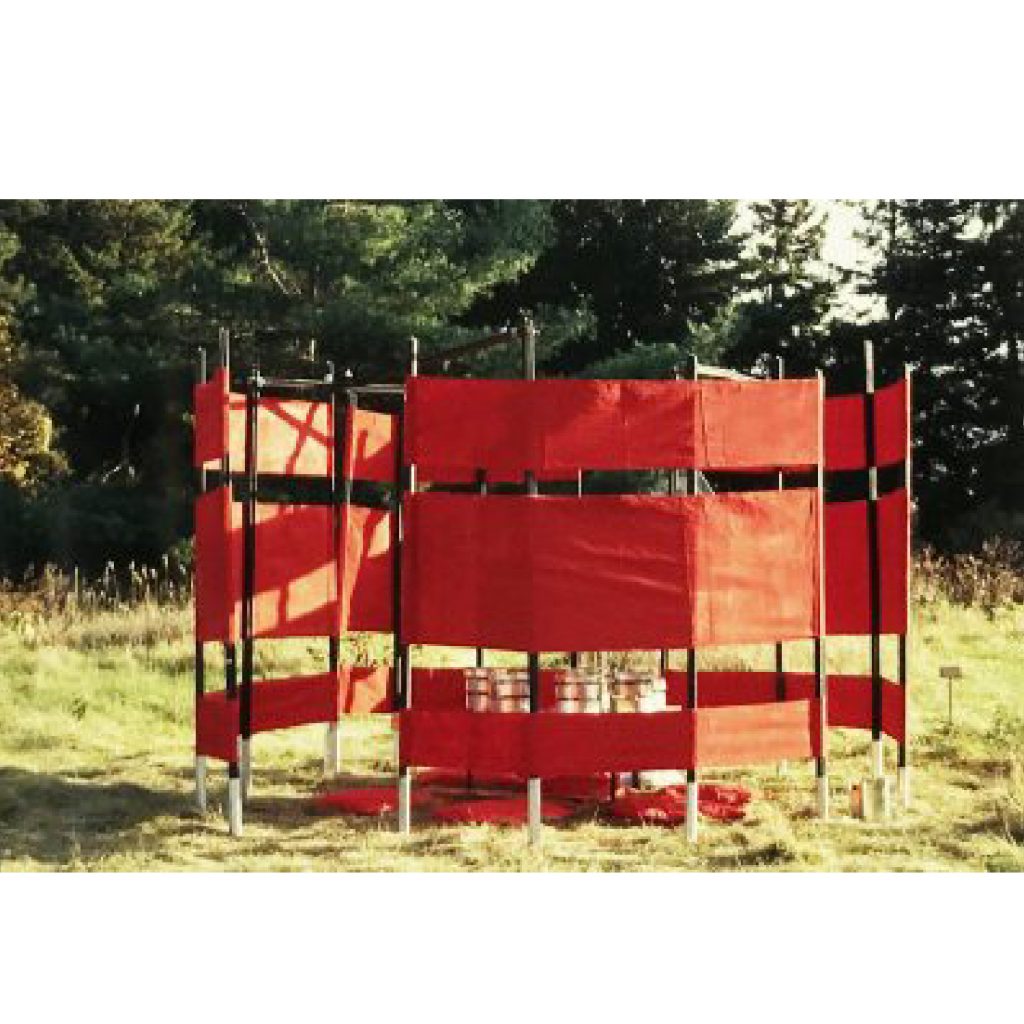 “Lucie often invited students to consider themes of hospitality and welcome in design,” says Associate Professor Janine Debanne. “Though equipped with a deep command of construction logic, her life-long interest lay in architecture’s most impalpable materials: scale and light.”

Presenting a paper in Milan in 2007, Lucie said: “We must embrace current technologies, but from a critical perspective that restores value to, and celebrates the capacity of technology to reveal – reveal something about how materials go together, how energy flows, how nature works, how we interact with one another.”

Lucie’s research focused on design pedagogy and the work of the architects Carmen and Elin Corneil, designers of Carleton’s Architecture Building. For three decades, she played an essential role in its stewardship.

“The building is entirely about civility, civic engagement, and connection,” she wrote in a 2011 paper, A Tale of Two Schools. “It is a celebration of the public possibilities of urban space. The primary agenda is about seeing and being seen.” 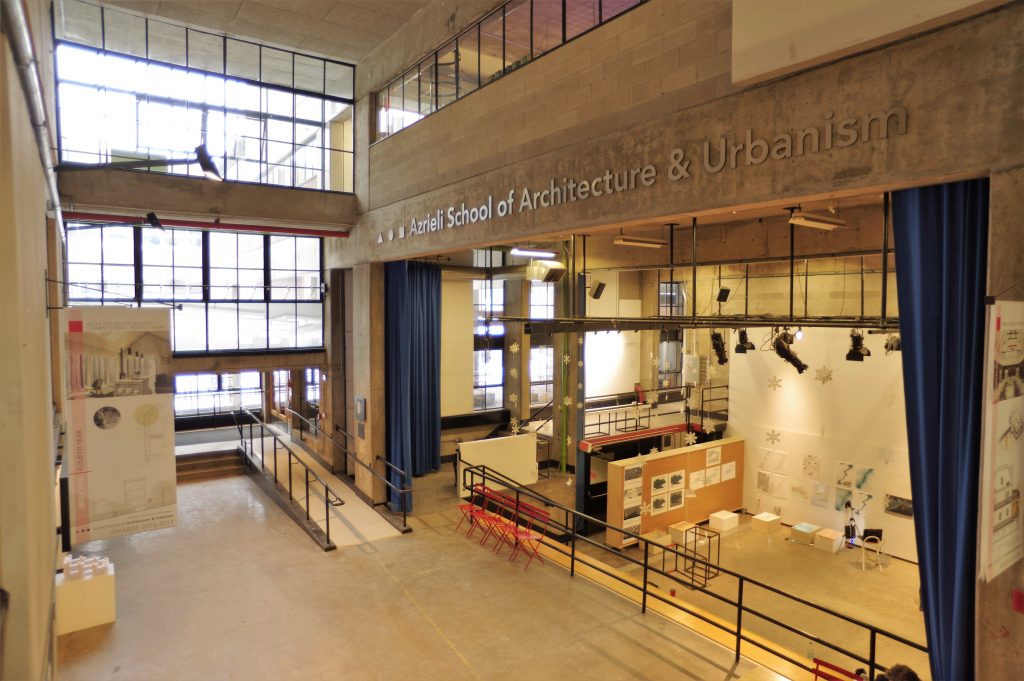 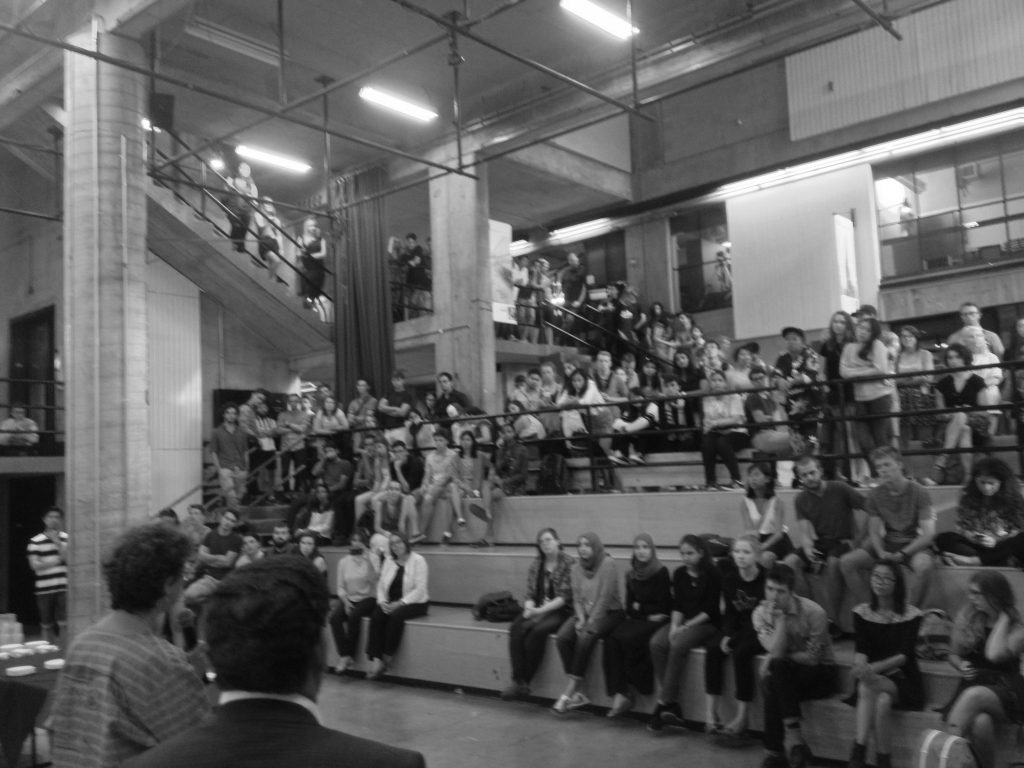 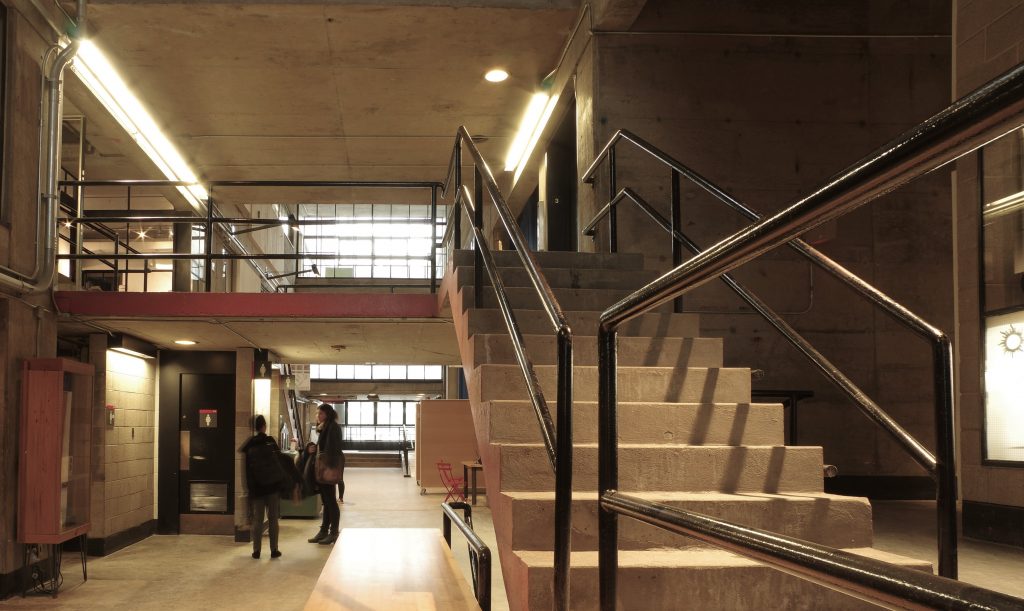 “More than almost any of us, she loved the Architecture Building and felt it was a privilege to teach in it,” says Prof. Ben Gianni. “As a pedagogical tool, the building formed the basis for much of her studio teaching.”

“It teaches about materiality, structure, light, theatricality, interaction,” Lucie explains. “It has such dynamic spaces. I love looking at the bridges and seeing the silhouettes walk by. There’s such energy and sense of shared community in that building. Those two raised ‘sidewalks’ on the studio level transform what would normally be a corridor into a street. People sit there and chat.”

After remarrying in 2006, Lucie reduced her appointment to half-time to spend the other half of the year with her husband, Jeff Goldsmith, in Cincinnati. There, she taught as an associate adjunct professor at the University of Cincinnati’s architecture school.

The couple now lives in Maine in a house of Lucie’s design. Her private practice keeps her busy, but not too busy to keep her from delighting in two new grandchildren.

“Lucie’s generosity, capacity for listening, supportive words, technical expertise, and metaphoric mind gave me so much,” says former student Lisa Landrum, now an associate professor at the University of Manitoba’s architecture school. “I’m still learning from her mentorship and channel her thoughtfulness into my teaching.”