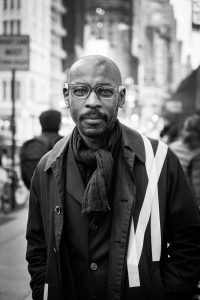 https://beebreeders.com/A design by Azrieli student Aniko Nebozuk was the only Canadian entry to make the shortlist of the San Francisco Affordable Housing Challenge, an international architecture competition.

“I was honestly quite shocked to be shortlisted since this was the first architecture competition I have ever entered,” said Nebozuk, who is going into second year this fall.

“Nonetheless, I am ecstatic about the results, and I hope to place higher in more competitions, contributing to the Azrieli School of Architecture’s reputation.”

Nebozuk, of Edmonton, AB, proposed that the California city take advantage of its largest unoccupied area, the San Francisco Bay. Her project was titled Bubble Bay.

“Along the coast of the city and the nearby Treasure Island, affordable, floating communities of 200-300 residents composed of a central community core with radiating boardwalks linked up with dozens of one-three person units can be easily constructed,” she wrote in her project description.

“The prefabricated housing units have pull-out walls and accessories that can convert each singular indoor space into many different configurations depending on the individual needs of the residents.

“The units are also covered by pneumocell bubbles that aid flotation, serve as insulation, and give the collective community a seafoam-like appearance as it sits on the surface of the bay.

Nebozuk went on to suggest Silicon Valley as the funding source.

“Many Silicon Valley tech giants have CEOs that are well versed in enduring annual public grillings before Congress due to their consistent breaching of users’ privacy. In order to burnish their image, many CEOs engage in philanthropic acts; the funding for this floating community to lessen the housing crisis could be taken care of by one of these tech billionaires!”