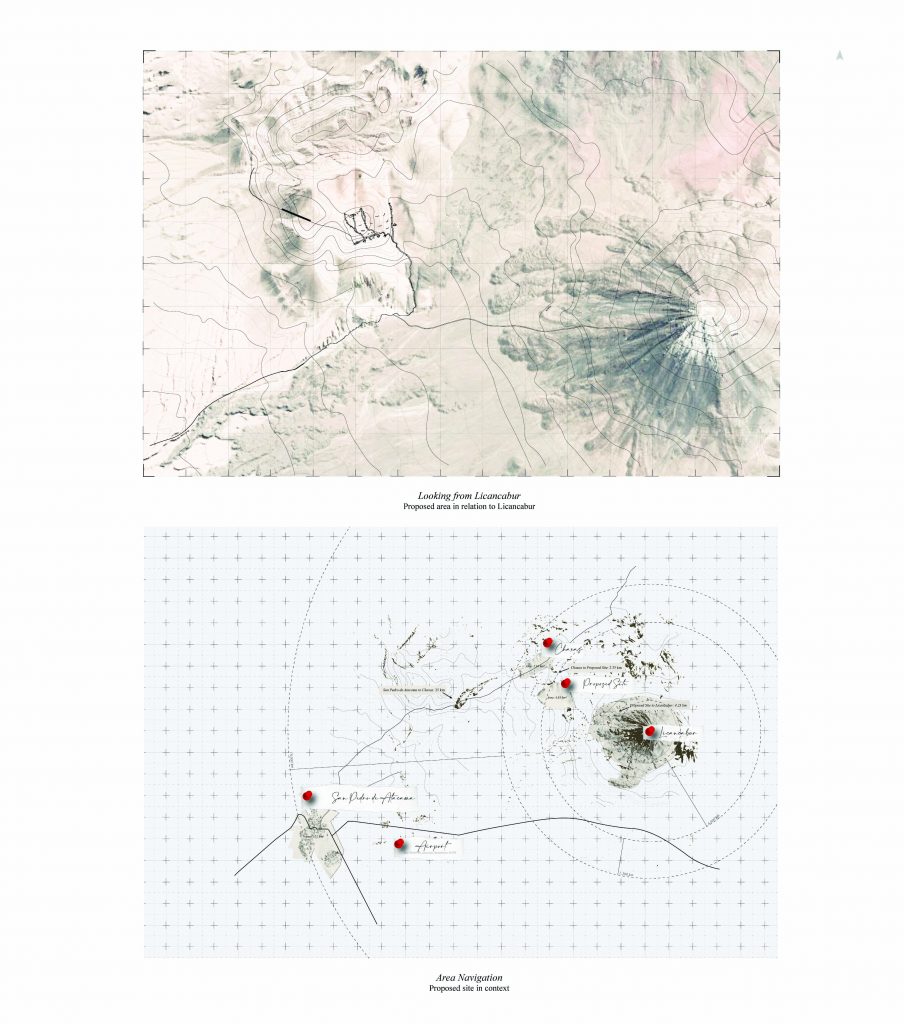 Set within the Chilean Atacama Desert, Ckepi ay Ckelar intends to create an urban design proposal that embodies the Likanactai’s heritage near the stratovolcano of Licancabur using a variety of urban systems, architectural technologies, and sustainable features. The design creates an oasis that commemorates the Likanactai’s historical traditions and beliefs regarding the volcano while integrating their heritage throughout the contemporary world.

The proposed site serves to support the increasing Likanactai population by creating a space to financially own, develop, and cultivate. While Ckepi ay Ckelar was originally built in service of the Likanactai’s, it is a region that harmonizes local influences with visiting interests of proposed infrastructures, such as a river connecting to Licancabur’s crater lake, museum, education center, meditation points, and a cosmological lookout point.Each building and urban consideration within this oasis is inspired by religious legends, beliefs, and the land in which it is situated. Positioned facing the volcano, the river network within the site serves as an architectural metaphor, illustrating the relationship between the Likanactai and Licancabur volcano. The location highlights the importance of Licancabur, not only because it is the derivation of their chosen title, but also because it is the foundation of Likanactai’s culture.