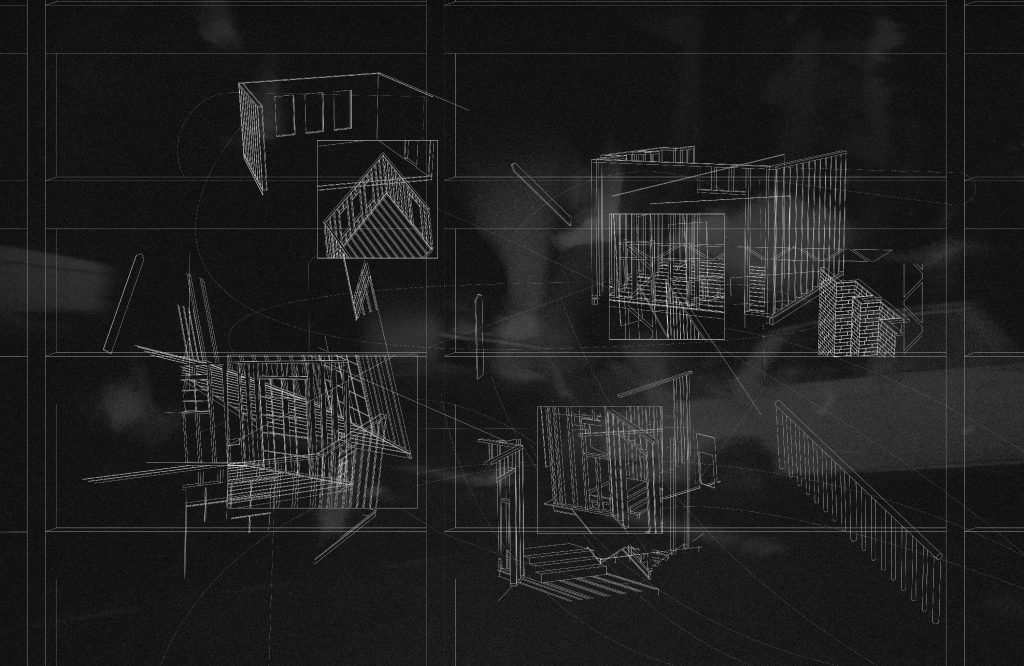 The project situates itself within a Byward Market parkade. While the surrounding area is vibrant and active, the parkade itself sits stagnant. In order to activate the under- utilized space, the parkade is transformed into a temporary theatre to host Maria Irene Fornés’ play Fefu and her Friends. The play, chosen for its unique spatial and temporal arrangements, is an example of “promenade theatre” in which the audience moves actively though scenes rather than remaining seated. In the parkade production of Fefu and her Friends, audience members move vertically though space in small groups until each group has witnessed each scene. The drama of the performance is twofold, combining the realities of the parkade, the scattered movement of cars, and the echoed sounds of footsteps with the choreographed and constructed theatricality of the play itself. The performance thus begins to question what it is that constitutes theatricality, adding vagueness to definitions of actors, stage, and set.