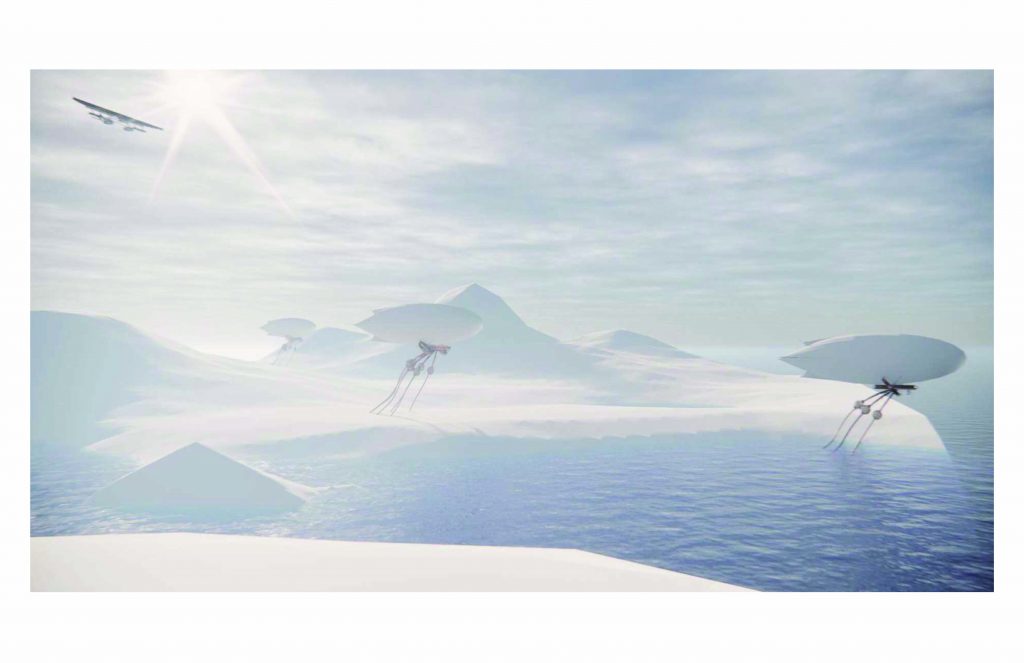 In 1875, the Indigenous people of the Arctic, also known as the Franklin Savior Natives (FSN) were, at their request, left permanently isolated after only a brief period of technological knowledge and resource exchange with the western world. The Arctic International Exclusion Zone was established.

Over the past 145 years, there have been only two documented cases of western contact with the FSNs. In 1980, two hunters captured the Polaroids shown on the pages below. In 1995, the findings of an illegal expedition by American Explorer Joaquin Dawn produced a further understanding of the FSNs way of life.   In 2020, the western world was invited to re-connect, and discovered and documented an otherworldly society living and hunting with advanced electric dirigibles and gliders.  The FSNs have evolved 19th century western technology on their own terms, solely to amplify their preferred way of life: Crossing the land and sea in silence, without leaving a trace.

This project is a tragic “what might have been” scenario that strives to bring awareness to the true depth of the damages caused by the forced westernization of the Indigenous People. of Canada’s Arctic.