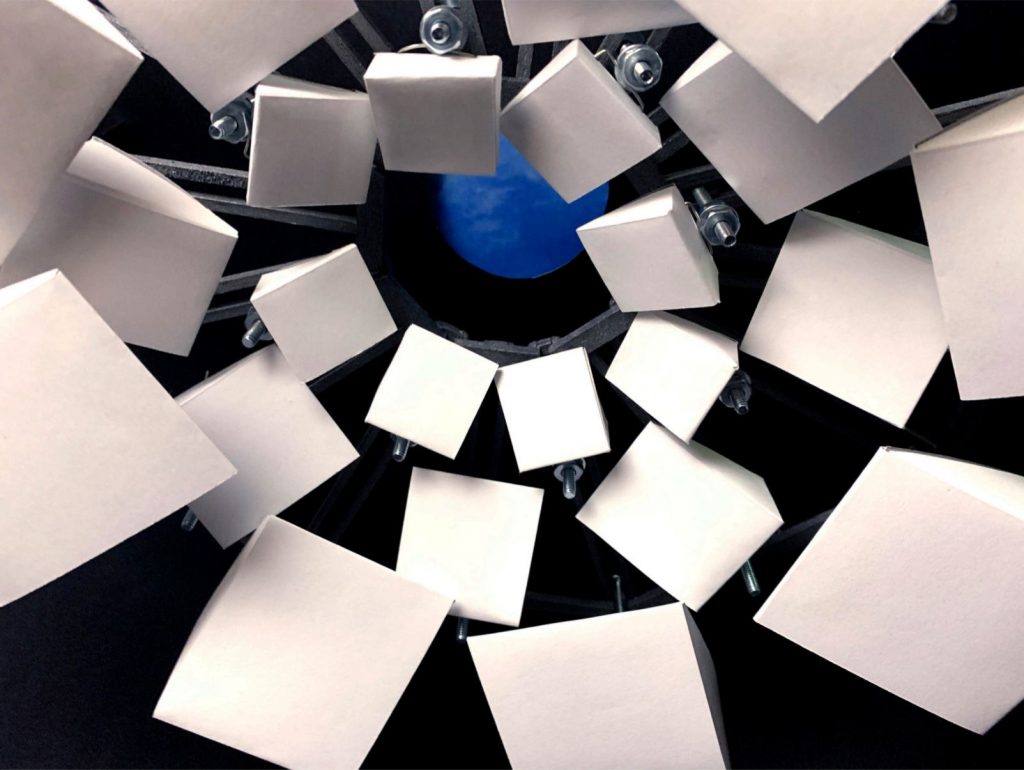 Drawing Through the Flatland: Ceilings and Dreams

The objective of ARCS 1005 Drawing’s third exercise was to design a ceiling for an artist in residence introduced in the previous exercise—in this case, a photographer. The ceiling created for such an artist is a dome-like structure composed of triangular prism components, appearing as squares from below. Each row of eight squares is scaled up in the next row. The notion of the square module was incorporated into the design, and by extension, the rotation and scaling of squares, which were also explored in Exercises 7 and 8 of the course. Another premise behind the design was to give certain characteristics of a camera to a ceiling. So, the square elements are suspended from an octagonal grid that allows them to move both horizontally and vertically. The horizontal movement of these squares and therefore the expansion or contraction of the rings affects the amount of natural light let into the room through the central oculus and is comparable to the aperture of a camera lens. The vertical movement of the squares, on the other hand, results in expansion and contraction of the rings on the vertical axis, and is comparable to the focus of a camera lens.