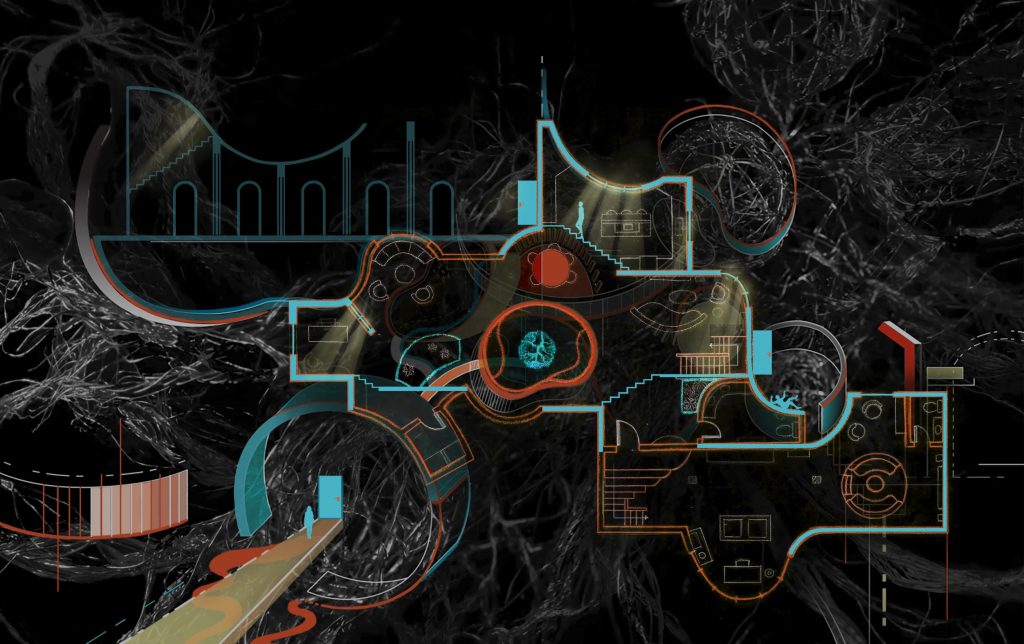 Colours instill ambiguity within visual works, enabling duality as well as unity, but fundamentally, allowing the expression of character. This series of still frames implement the various languages of Picasso’s Blue and Rose periods, works by James Turrel, and Perry Kulper, to experiment and express the fluidity of character of a single composition. Vibrancy and free-flowing forms dictate the imaginary realm’s intention to serve as both a site of creating, as well as a visual representation of the practice. Overlaid by a floor plan and elevation, the last image emphasizes the dwelling capacities of this fictional space. It explores the process of creative thinking, illustrating moments of hindrance as well as transcendence but ultimately reveals the possibilities of habitation within mere conceptions of reality.