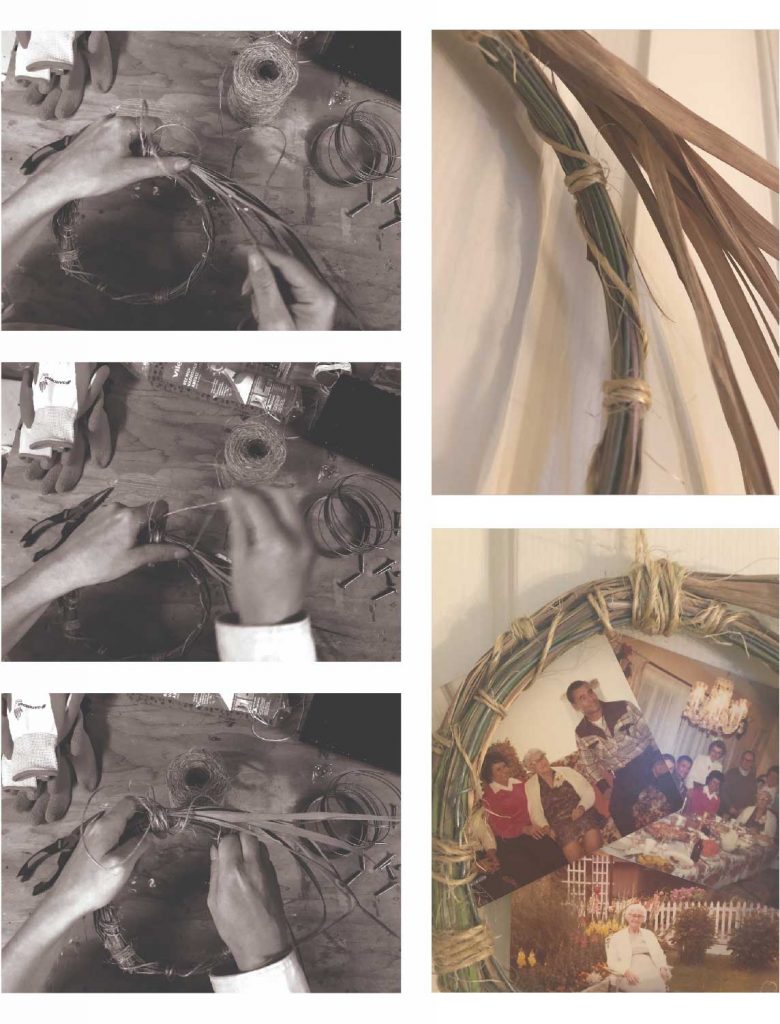 Maw Clark was a Métis woman, born shortly after the North-West Rebellion of 1885. The fear and turmoil John A. MacDonald’s administration imposed on her family led her to run away from the newly colonized Manitoba. She was able to leave because of this lottery system called genetics. Maw took after her French-Canadian mother and was therefore fairer than her sisters. She was determined to marry a white man, choosing to erase her Métis identity. Marie-Josette Harrison became Mary Clark and she never turned back.

The photographs were taken at Maw’s 90th birthday party. She had invited her sons and grandsons as well as her niece and nephew from Sioux Narrows. For the first time, my twenty-something father and uncle came face-to-face with their Métis heritage. They asked why she left her family in Manitoba. My uncle quotes her as saying, “I wanted my children to have a chance.”

Maw’s complexion enabled her to change her identity to assimilate to the colonial state. As a result, her children didn’t have to face the residential school system, nor the same discrimination as their cousins. My intention with the artifact assignment was to create a wreath to represent the full circle of my family’s heritage. Instead, I left the wreath open-ended to distinguish heritage from identity and to recognize my great-grandmother’s assimilation. Most importantly, I have learned there are different stories for different skins. While I was weaving my artifact, each time I questioned my agency as a blue-eyed white woman gaining knowledge of my native heritage, I made an extra loop with the twine. Many loops of twine later, my family history only solidifies the idea that there is further work to be done and deepens my respect for Indigenous rights and rebellion.