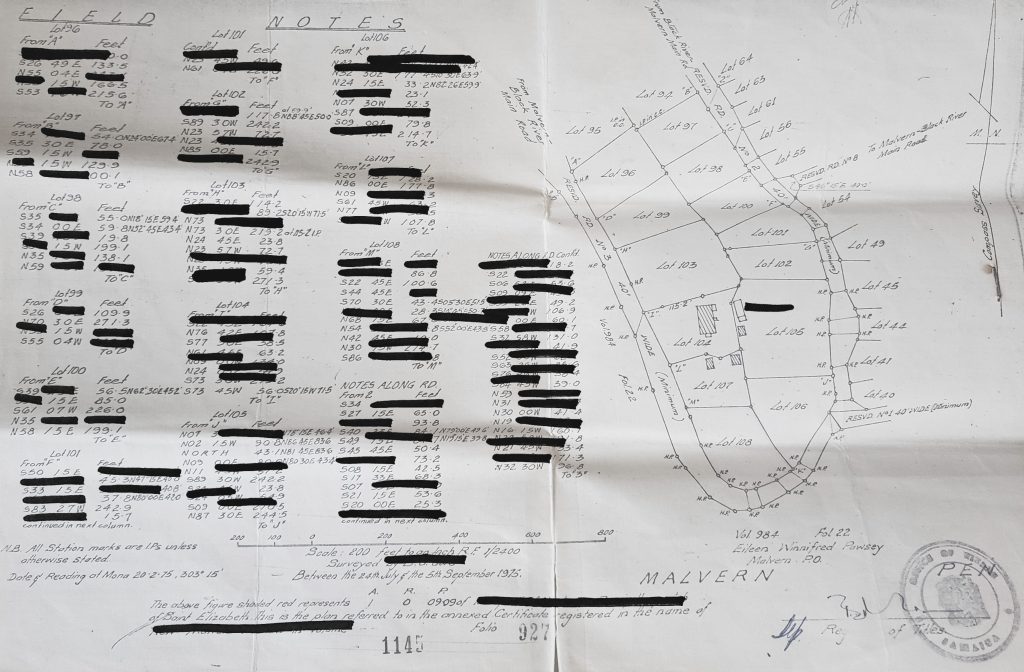 This artifact is an official legal document of the land deed of my mother’s property in Jamaica. The property is situated in Malvern Commons purchased for quarter-million Jamaican dollars in 2000. The land was a former plantation owned by Scottish immigrants known as the Dobson family. After Jamaica’s independence, the land was divided into lots for individual ownership. The blackout method is used as a metaphor for erasure, to reveal and conceal identity and information, exposing only what the author desires the viewers to see – reframing one’s perception. Lands formerly owned by the rich, are now being possessed by the locals, claiming ownership.