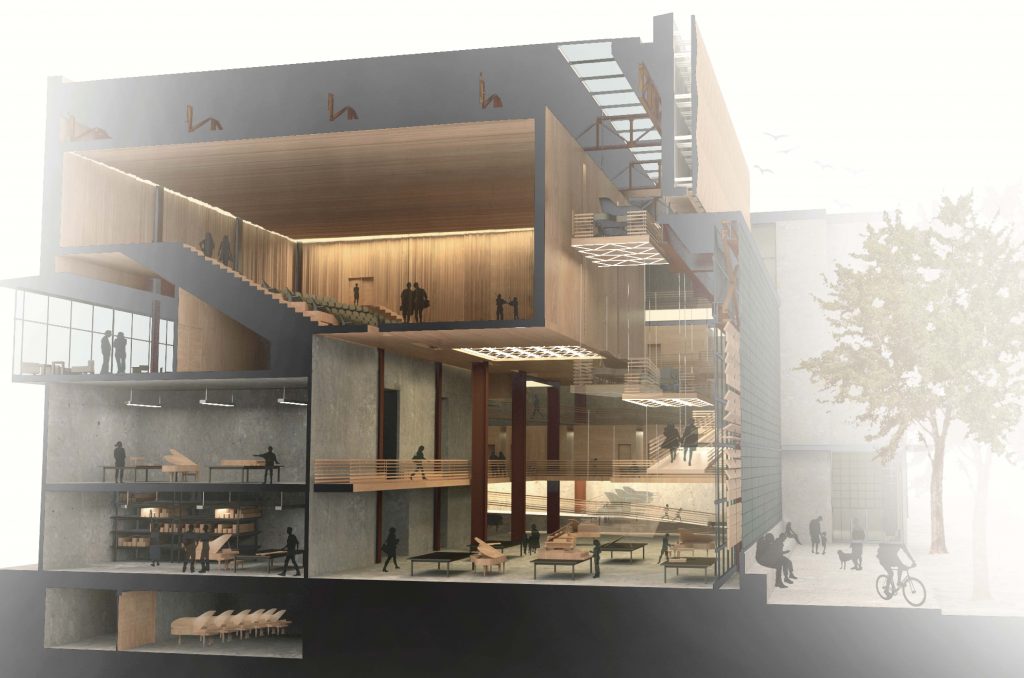 REACT[IANO], a grand piano factory, inhabits the light and delicate structure of the former Hamilton Gear Factory, accompanied by supplementary programming including instrument practice facilities and a recital hall. Users are encouraged to circulate through the primary volume where production occurs to gain an understanding, visually and aurally, of how the instrument they are about to play or listen to was created. Sound, emerging from all instruments, is not emitted from where it was produced. The music does not come from the location in which a key is pressed or a string is plucked, but rather somewhere else within the instrument. This same concept is applied to REACT[IANO], where platforms are in constant vertical fluctuation in relation to time. Each platform, hoisted by the structure which once held Hamilton gears, is adjusted by a pulley system operated by the reactionary process of piano making. This notion of a vertical assembly line results in an acoustically chaotic volume of space, countered by the calming production of music emerging from the recital hall and practice rooms.