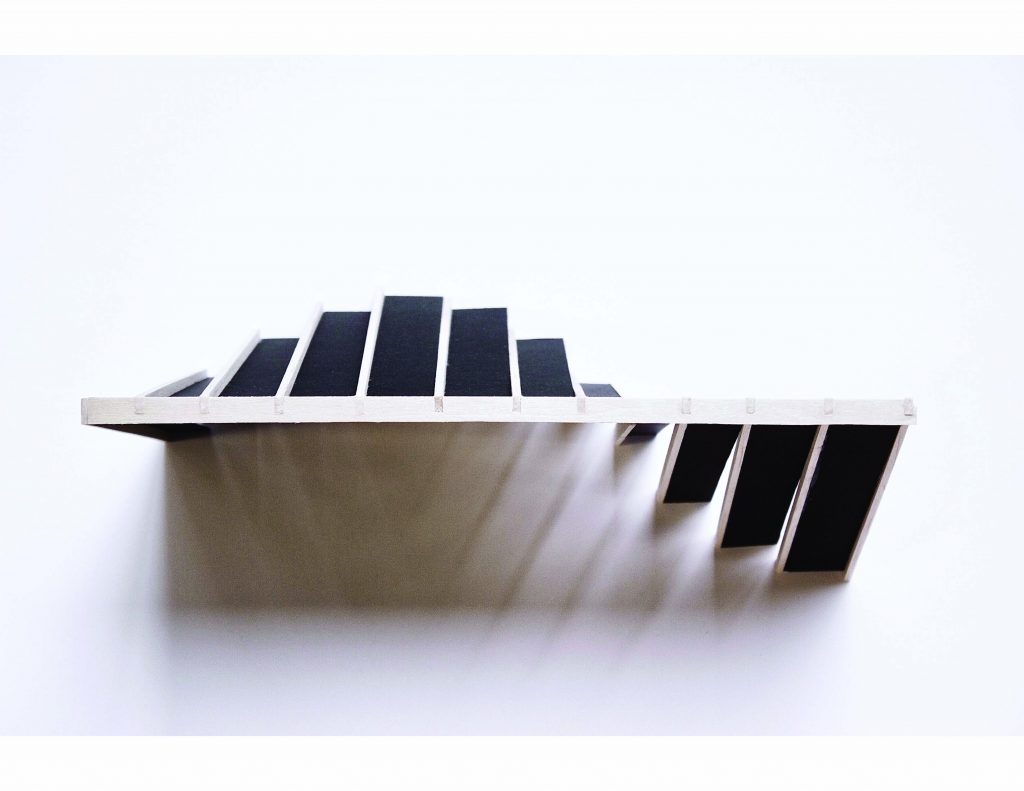 “Ripple” is a wall design that expands upon the concepts of preceding projects inspired by Amy Zavatto’s “The Architecture of the Cocktail,” as well as anthropometric traces of ballet technique. The wall shape embodies the fluidity of liquids, generating an undulating three-dimensional form that veers from conventional flat walls. Though the wall is seemingly straight and solid from an orthogonal viewpoint, it reveals its curve when viewed from alternative angles and imparts a sense of movement. Individual rectilinear components collectively form a structure that curves most prominently at the base and converges towards the top into a straight line. The resulting negative spaces within the wall form apertures, illuminating the space with slits of light that shift according to the position of the sun at different times of the day. The wall fosters a dimly-lit atmosphere overall, typical of cocktail bars and lounges. On a larger scale, humans would also be able to pass through the various apertures, thus establishing a free-flowing, “transparent” space.