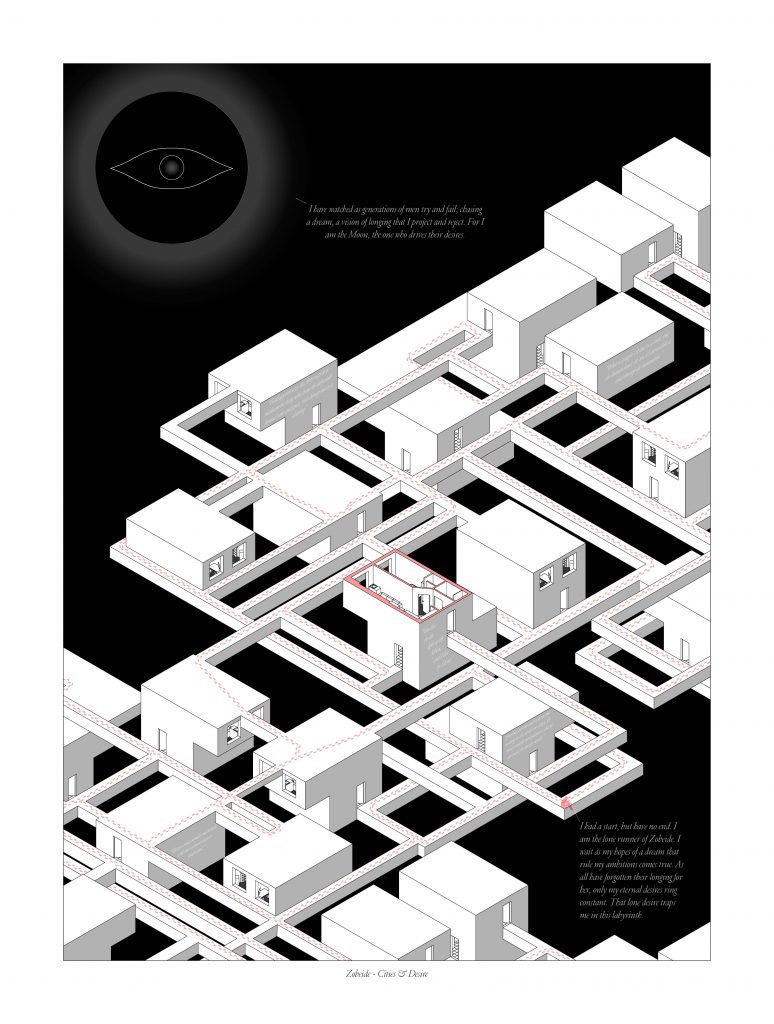 The following three drawings were created as an incremental project, unfolding an imagined fictional city around the origins of a domestic “reality.” The drawing and place of origin, is based upon the game ‘Two Truths and a Lie’ where what is represented has been a reinterpretation of a current living space. Titled, Coming Out of the Woodwork, Through the Open Door panel one reflects the use of the newly designed space; in this instance, a social gathering that is measured by activities through time. Zobeide, a city of desire from Italo Calvino’s “Invisible Cities” was the context upon which panel one unfolds. An axonometric drawing that represents and transports the dwelling from Coming Out of the Woodwork, Through the Open Door into the imagined built context/landscape of this randomly selected story. The collision of a known place of reality, with a world of fiction enabled a new narrative, and a unique imaginative space to be revealed.

His Master’s Voice focus’ the role of drawing beyond simple “world-building”, and like the role of many science fiction tales, convey a “vision” for the future that represents moral/ethical consequences based on a particular path or outcome. The final panel is influenced by the reading of The Thousand Dreams of Stella Vista found in J.G Ballard’s “Vermilion Sands.” The three drawings are presented as a congruent story in the form of a triptych in addition to a written fiction that has been placed in relation to each panel.