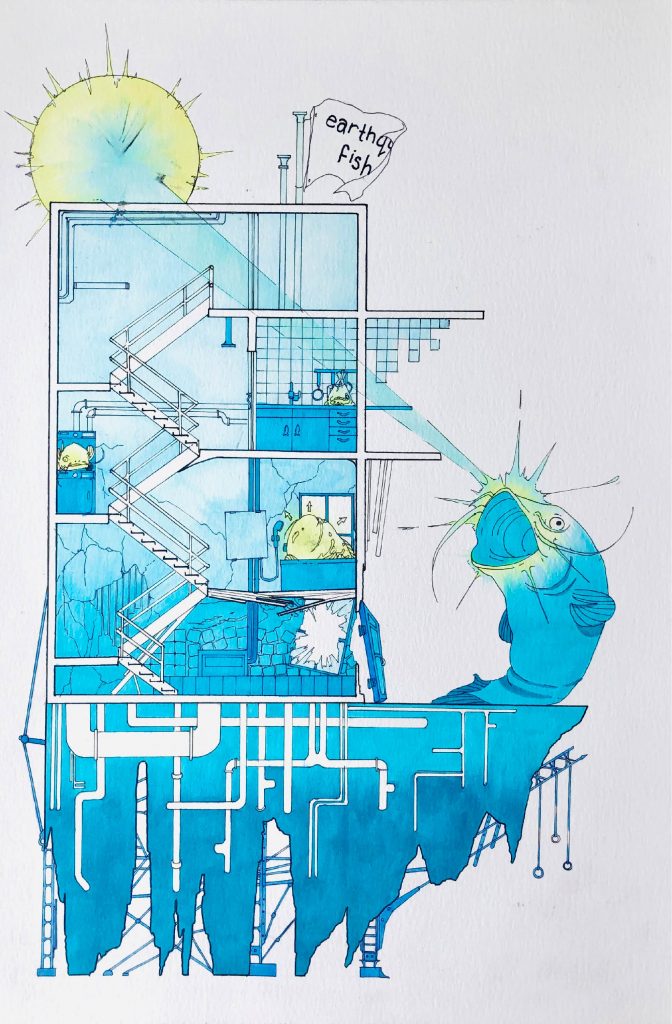 As the last project of Studio 1, groups of students sought out areas of the architecture school to house a theatre to tell the tale of a new story. The traditional Japanese folktale, The Earthquake Fish (a.k.a Namazu), was adapted to be more appropriately depicted on the smaller scale of a building rather than the three main islands of Japan. The catfish would start out as a regular sized fish that slips out of its fish bowl accidentally, falling down the pipes, making its way to larger reserves of water where it would absorb the water and expand in size therefore causing increasingly destructive damage to the fire well. To recreate the loud sounds produced by earthquakes, the southeast fire well, with its rumbling metallic steps, was selected to house the production. As the fish makes its way down the fire well’s levels, it destroys more and more things in its path until it is finally defeated by the sun god Kashima outside of the building, restoring the fish to its original unproblematic size.