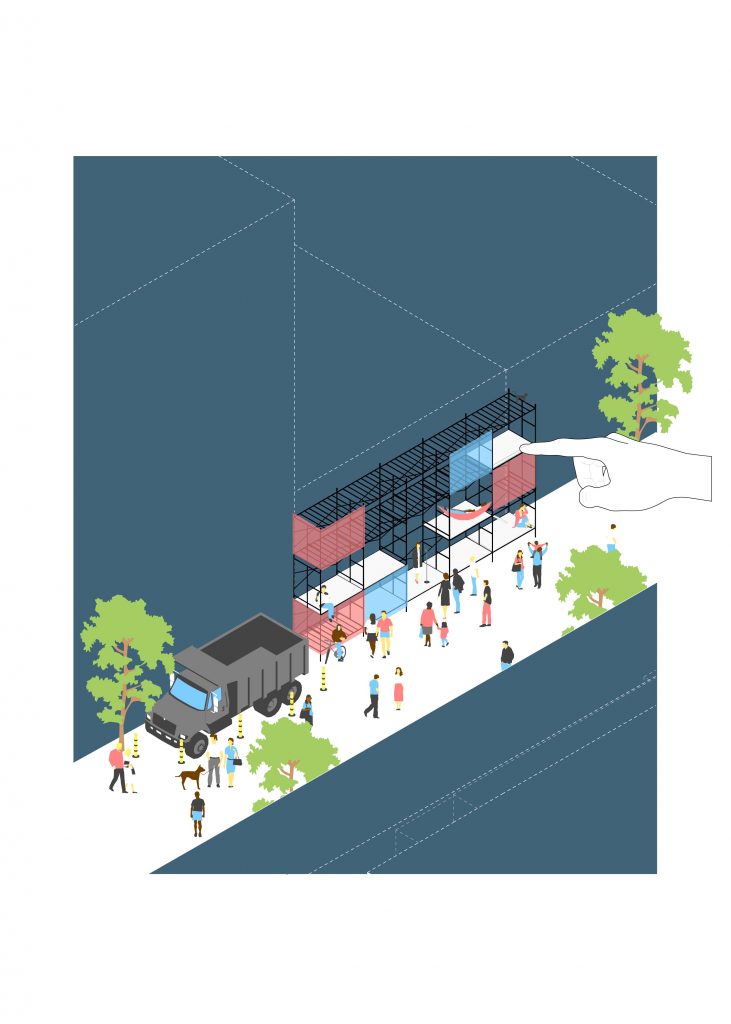 Nexus: A Tactical Approach to Urban and Political Change

Since the height of its popularity in 1967, Sparks Street in Ottawa’s downtown core has been steadily declining in its function as an engaging public space. The street was popularized with the rise of the department store, however, with the introduction of the Rideau Centre and suburban sprawl, the once bustling street fell into disrepair. Sitting steps from Parliament Hill, Sparks Street exists without much of an identity. Just as Sparks is slated for yet another urban renewal, so should the way the government and city perceive occupiable public space. The city is a testing ground for new ideas, not the introduction of old ones with a new appearance. This work produced for the thesis is meant to challenge the corporate attitude when it comes to planning Sparks Street and Ottawa as a whole. It seeks to reclaim the city through a series of satirical critiques, as the urbanite’s stomping ground; proposing unique ideas of how urban space is interacted with, reaffirming Sparks as a public asset to the city. The visual work chronicles how different citizens might interpret improving the city through tactical urbanism. The characters presented are, the Artist, the Chef, the Landscape Designer and the Set Designer.