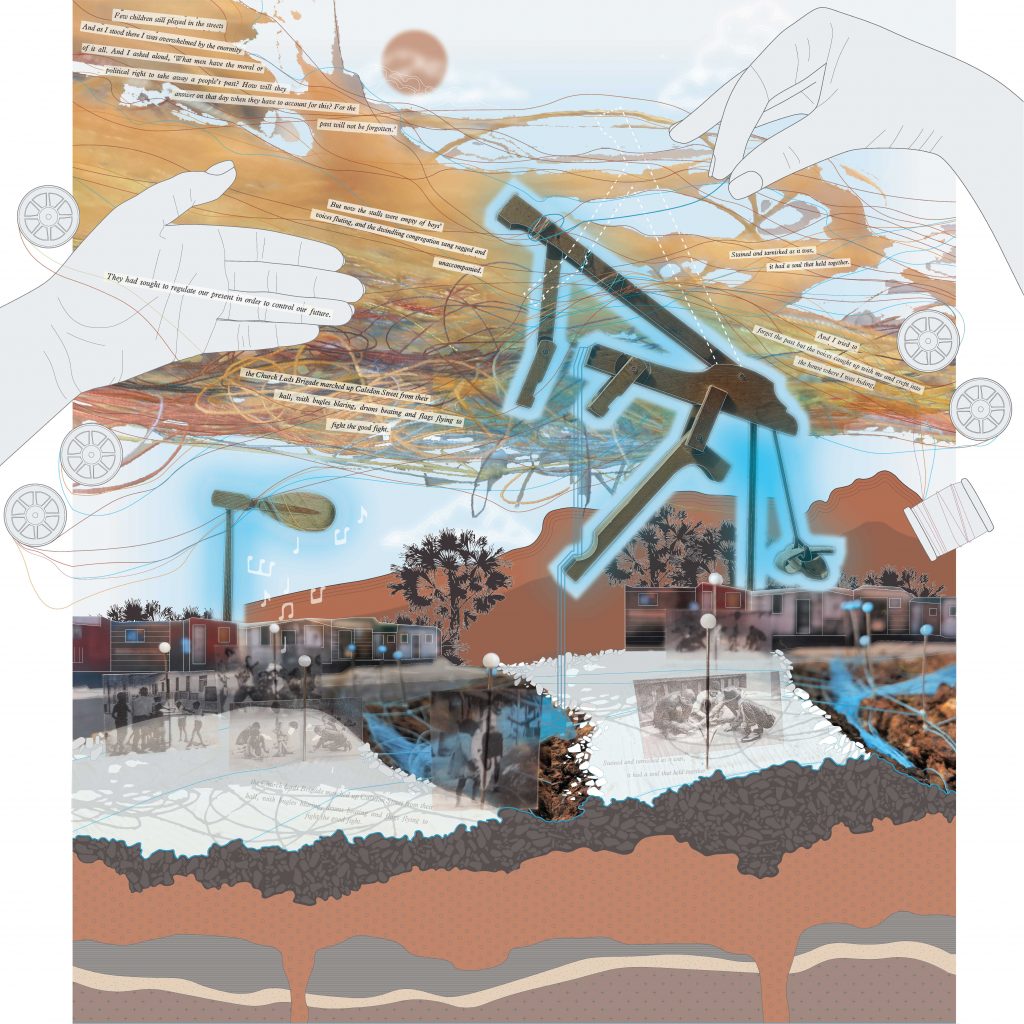 Who are we designing architecture for? Both intentionally and inadvertently, architecture has often marginalized the experiences of black and coloured people in the built environment. An overt example of architectural practice used in this way is District Six, a neighborhood in Cape Town in which over 60,000 black and coloured individuals were physically and socially erased during apartheid. Not only were their homes demolished, residents were forced to live in undesirable townships outside the city centre. Infrastructures and land uses developed during apartheid -such as railways, highways and vacant buffer zones- continue to marginalize past residents and subsequent generations, limiting access to essential services. This dislocation erased not only houses and communities, but three of their fundamental agencies: mobility, voice and view.

This project therefore uses agency as a fundamental premise to posit new understandings about how and who we are designing architecture for. It does so by reconceptualizing the infrastructure of the train under the following lens: the train line as a spatial connector and claim to the city (mobility); train stations as township cultural centres (voice) and the train car as a mobile vessel and low rent facility for offices and public services (view). These agencies are unified through an evolving tapestry generated by messages from the residents. Giant sewing needles occupy the landscape, surrogate weavers that translate these messages into a canopy of colourful, woven threads. Traversing space above the ground, the canopy is not limited to the boundaries which determine land ownership shaped by the apartheid regime. While the existing infrastructures have worked to control, divide and imprison people in their townships, the train’s ecosystem establishes a new layer of interpretation of the landscape. It is both counterpoint and antidote to the repressive conditions of the ground, simultaneously positing new narratives of connection, empowerment and agency.