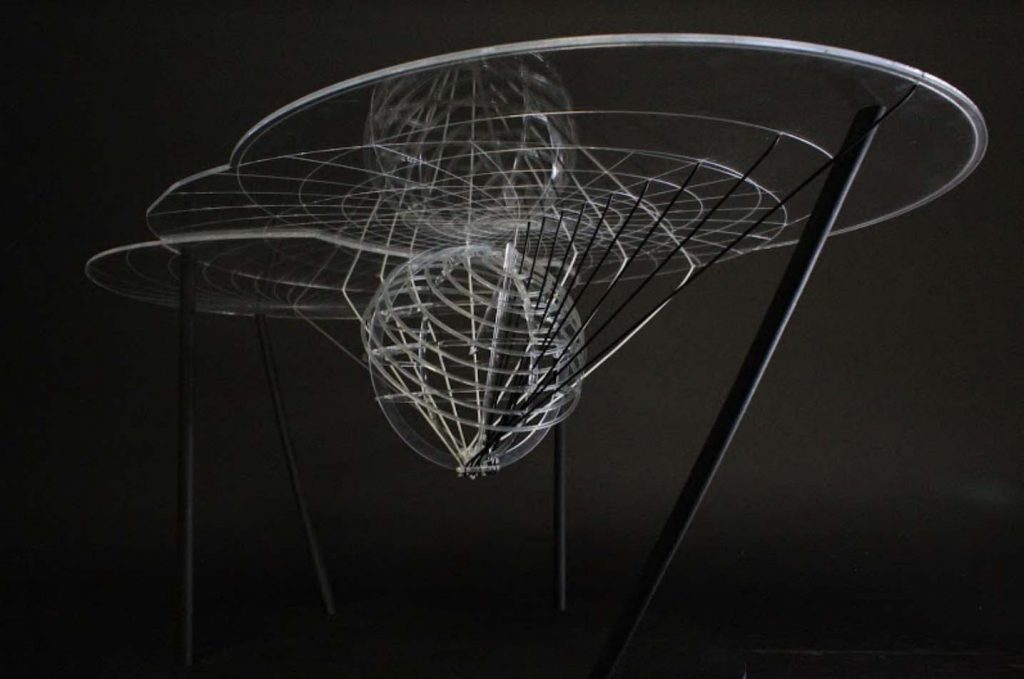 This project is focused around the controversial monument honoring the French explorer and colonist Samuel de Champlain located at Nepean Point in Ottawa, Ontario. A presently relocated indigenous scout originally knelt at the base of the 20-foot pedestal with Champlain thrusting an astrolabe towards the sky. The removal of the scout, along with his guiding knowledge, has left Champlain precariously surveying the soon-to-be-conquered territories with his astrolabe, which is ironically depicted upside down. Though the astrolabe stands as a powerful symbol of geo-spatial control and dominance, critical to European colonization, the origins of the instrument exist in the comprehensive reverential knowledge of celestial bodies conveyed through centuries of oral tradition.
Through the medium of architectural design, collaborative interactions and dialogues centered around western and indigenous knowledge are fostered and cultivated by means of the agency offered via two unique proposed interventions. Both utilize western scientific principles of stereographic projection implemented in the astrolabe as spatial design and navigational tools. At a personal level, a two-person tent incorporates a large aperture for experiencing celestial phenomena and the embedded indigenous knowledge held within. At the community level, a collapsible 50 seat traveling theatre, built on a 20- foot trailer, weaves storytelling and performance as programmatic functions and means of expanding awareness of diverse cultural knowledge, worldviews, and their resonant commonalities. The nomadic designs are powerful interactive and participatory constructions for engagement and shared experiences between people in response to the vast mystery of the universe.