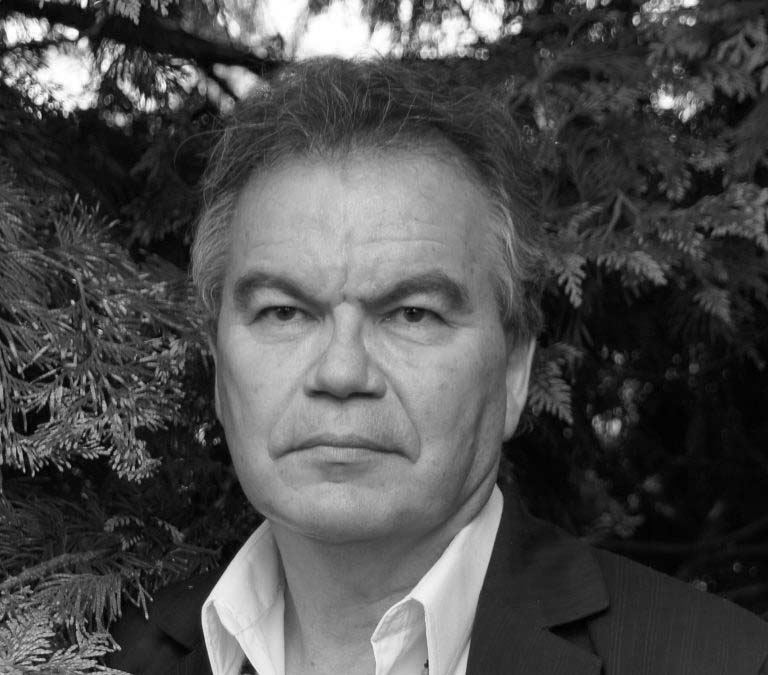 Patrick Stewart (Luugigyoo) is Giskhaast of Wilp Daxaan, Git Gingolx of the Nisga’a Nation. As founder and principal of Patrick R. Stewart Architect, based in Chilliwack, BC, for over 25 years, Stewart focuses on Indigenous projects. He is also a writer, a homelessness advocate, and an adjunct professor at both the McEwen School of Architecture at Laurentian University and the University of British Columbia. Stewart is chair of the Royal Architectural Institute of Canada (RAIC) Indigenous Task Force and has chaired the Provincial Indigenous Homelessness Committee in British Columbia.

Stewart obtained his PhD from the University of British Columbia in 2015. The title of his dissertation is Indigenous Architecture through Indigenous Knowledge – dion sagalt’apkw nisim (Together we will build a Village).

Stewart works to give a voice to housing and homelessness issues locally and nationally and has chaired the  Provincial Aboriginal Homelessness Committee for BC.