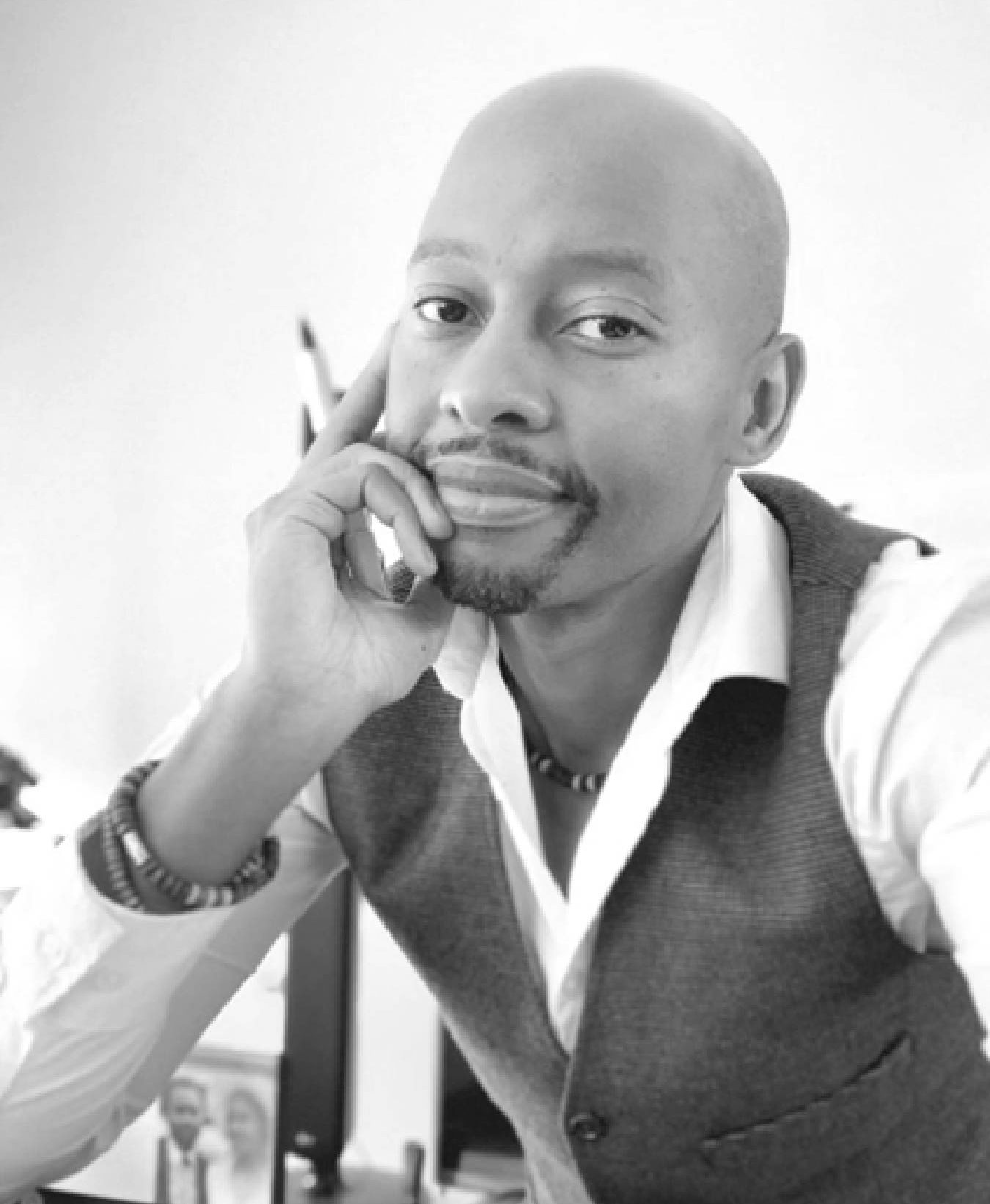 Mokena Makeka is a South African raised in Maseru, Lesotho and New York, USA and is an accomplished architect, artist, creative, curator, designer, global leader, scholar, speaker and urbanist. He is a Senior Advisor at Dalberg. He holds a BArch  (Hons) with distinction from the University of Cape Town (UCT), and has various executive leadership qualifications, from the Harvard Kennedy School, Oxford University and others.

He is currently the Azrieli Visiting Critic of 2020 at Carleton University in Canada, Adjunct Professor at Cooper Union in New York and a board member of the South African Green Building Council.

Mokena is a founding member of CCIFSA and served on the World Cup Art and Culture Committee for South Africa. He is a WCS (World Cities Summit) Young Leader and a founding director of Coalsackmedia, a graphic design and publishing company.

He is committed to social transformation, design and cities of spatial and ecological justice.