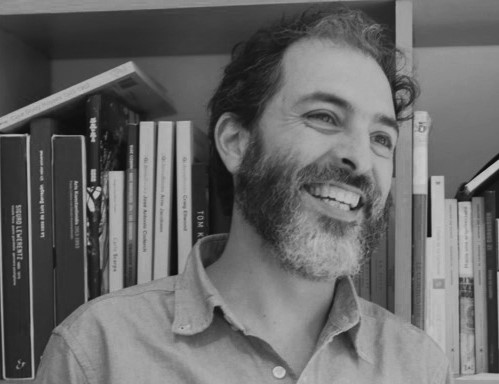 He began his doctoral studies in 2016 at the Azrieli School of Architecture and Urbanism at Carleton University. In 2007, he graduated from the Architectural History and Theory master’s program at McGill. Before starting teaching at Carleton, he taught design studio in Guadalajara’s ITESO University for nine years and held an independent seminar devoted to the teaching of architectural history and theory in his own office. His Guadalajara-based office, Departamento de Arquitectura, has –since 2008– been primarily invested in developing a design-build practice in collaboration with local craftspeople. For his practice, he has received awards from state biennales, has been nominated for the Mies Crown Hall Americas Prize and featured in Arquine’s annual compendium of Mexican architecture, Domus, Habitare, Obras, Dezeen, Divisare and Architizer. His research has been published by In_Bo, Galimatías and Piso. He has also ventured along with his brothers in making short films, video documents and video installations. His first video installation debuted at the 2016 Venice Biennale of Architecture, within the Mexican pavilion.

Interested in the intersection of narrative, memory, time, and architecture. His research focuses on exploring the capacity of film to convey the experience of place, and in turn as a means to inform architectural thought and imagination.