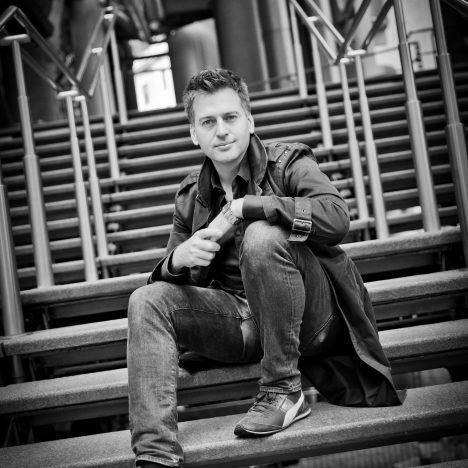 Adrian Dyer is a registered Architect with both the ARB and RIAI(IRL). Adrian graduated from Carleton School of Architecture after completing an Architectural Technology Diploma from Fanshawe college in London, Ontario. Upon graduating from Carleton, Adrian relocated to London, England and completed his registration as an Architect. While in London, Adrian worked with, and for, several architectural practices including Levitt Bernstein, Alford Hall Monaghan & Morris, Collado Collins, and Foster & Partners.  Adrian was involved in various sectors but primarily focused on residential and mixed-use projects up to the value of £100 million. While at Levitt Bernstein, Adrian was the project Architect for the first phase of the Aylesbury Estate regeneration, which won “best new place to live” in 2013.

In 2014, Adrian moved back to London, Ontario, where he started Studiodyer, a design build studio, while also teaching at Fanshawe College in the Architectural Technology Program.  Since then, Studiodyer has developed a healthy portfolio of projects and Adrian has continued as professor at Fanshawe College.  From 2016-2018, Adrian served as Chair of the Urban Design Peer Review Panel for the City of London.

Adrian holds the position of Chief Design Officer for Design for Happiness, a development company he co-founded in 2017.  Their first project “Unity Square” intends to break ground in the fall of 2021 and will consist of a mix of townhomes, low rise apartments, retail space and a new public square. Adrian collaborated with Architect and Author, Avi Friedman, in establishing the urban fabric of this upcoming development.

Adrian is passionate about all aspects of architecture and design and continues to develop his knowledge and experience in both academia and industry.